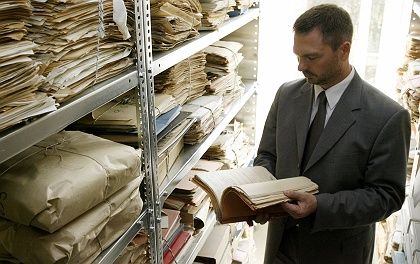 Detailed files were kept on thousands of East Germans.

More East Germans were spying on their neighbors, colleagues, family and friends when the Berlin Wall fell than had previously been thought. According to a report published Monday, 189,000 people were informers for the Stasi -- the former Communist secret police -- when East Germany collapsed in 1989 -- 15,000 more than previous studies had suggested.

The figures, released by the office responsible for the German state of Thuringia's Stasi files, are based on a study by historian Helmut Müller-Enbergs to be published Thursday. Until now, historians had estimated the Stasi had 174,000 informants.

According to the study, about one in 20 members of the former East German Communist party, the SED, was a secret police informant. Over the regime's 51 year history the number of civilian spies added up to about 620,000, including 12,000 West Germans who worked for the Communist dictatorship. The majority of informants were men, between the ages of 25 and 40.

For most Stasi informers the prime motivation, the study found, was a belief in the Communist state's political ideology. Financial reward played only a minor role and blackmail was rare, it said.

The Stasi infiltrated nearly every aspect of life in the GDR. Its network of professional and civilian spies monitored and collected information on large swathes of the population.