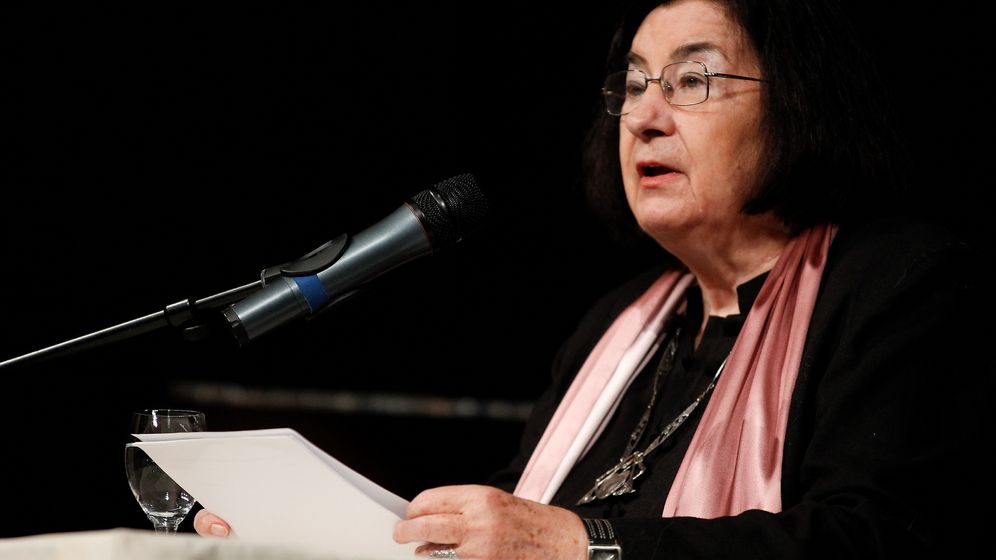 Christa Wolf, one of Germany's most important postwar novelists and one of the few from East Germany to gain international literary fame, died on Thursday. She was 82.

Although widely praised for her contributions to German literature, Wolf's public image was damaged for not being critical enough of the former communist regime. It took another hit in the early 1990s when it was revealed that, for a period of nearly three years during the 1950s and 1960s, she had served as an informant to East Germany's feared secret police, the Stasi.

Still, Wolf's relationship to the East German regime was far from straightforward and she was spied on by the state for a far longer period than she served it as an informant. "Wolf was an enormously significant figure, regarded until 1990 as someone who carefully and delicately expanded the boundaries of what could be said in East Germany," Georgina Paul, an expert in East German literature at Oxford University, told Reuters.

Born in 1929 as the daughter of a merchant in the city of Landsberg, now the Polish city of Gorzów Wielkopolski, Wolf and her family fled west in 1945 to what would become East Germany. Four years later, Wolf, who was a committed Marxist in her youth, became a member of the Socialist Unity Party (SED), East Germany's Communist Party.

No Alternatives, No Place

Wolf first found literary success with her book "Divided Heaven," the story of a love affair shortly before the construction of the Berlin Wall. She established her reputation in literary circles after visiting West Germany and the Auschwitz Trial in Frankfurt and writing "The Quest for Christa T.," (1968) which explored the tension between the demands of society and the desire of the protagonist in the novel for individual development. Her 1983 tome "Cassandra," which explored the threat to peace and used the Homerian figure Cassandra to depict gender conflicts, became mandatory reading for the peace and feminist movements in both East and West Germany.

With works like the semi-autobiographical novel "Patterns of Childhood," (1976), the story "No Place on Earth" (1979), about an imagined encounter with Heinrich von Kleist, she also established herself as a contemporary historical figure.

"'No Place on Earth' is the expression of how I felt about life at the time. For me there were no alternatives, no place. I was no longer playing along in the GDR," Wolf later told SPIEGEL in an interview, describing her conflicted feelings about the East German regime. Of course people asked themselves "Shouldn't we leave," she said. But Wolf said she ultimately got to experience "one of the few revolutions in German history," and that it had been worth staying for.

If Christa Wolf's literature was deeply rooted in her experience living in East Germany, so too was the public's perception of her, particularly following the 1993 revelations of her connections to the Stasi. It was Wolf herself who made her Stasi past public, admitting to the Berliner Zeitung newspaper that she had served as a sporadic informant to the Stasi between 1959 and 1962 under the codename "Margarete." She then went on to make her entire Stasi file available in order to end any further speculation about its contents. The revelations had been particularly damaging because Wolf had previously written critically about having been under surveillance herself.

Carefully Monitored by the Secret Police

Indeed, 42 Stasi volumes show that Wolf herself was carefully monitored by the secret police. Later, she said, "there were extensive transcripts of telephone conversations (of Wolf's the Stasi had eavesdropped on). In contrast, there was this fascicle of my discussions with the Stasi, which dated back over 30 years, and that was almost all anyone wrote about. When I then, and I was the only person to do this, published my so-called 'perpetrator's file' in its entirety, not a single newspaper that had previously condemned me took any notice. … Nobody wanted to portray my own development, which led to me being observed (by the Stasi) during the 1960s and after. That stunned me."

Indeed, in 1976, Wolf became on of the co-signatories of the "open letter against the expatriation" of songwriter Wolf Biermann, who was kicked out of East Germany for his dissident positions. As a reprimand, Wolf's husband Gerhard was kicked out of the SED. Despite additional run ins with the SED leadership, the author remained loyal to the country. In November 1989, only a few days after the fall of the Berlin Wall, she publicly stated that she hoped for a new beginning -- a socialist one.

Not Much Time Left

Wolf herself had left the SED in June 1989 and became active in her desire to "create change from within the country" together with the people in the movement that would ultimately lead to the fall of the Wall that autumn. Afterwards, on Nov. 28, 1989, she advocated together with writer Stefan Heym and theologian Friedrich Schorlemmer and others for the continued existence of East Germany, saying it should not simply be taken over by West Germany. She advised people who wanted to leave East Germany to stay on in order to "create a truly democratic society." After numerous statements, speeches, open letters, readings and interviews, Wolf, who was attacked as an "advocate of socialism" and a "domesticated opponent" of the SED, retreated from daily political life.

In 2010, Wolf published her final novel, "Stadt der Engel oder The Overcoat of Dr. Freud," a book that also centered on the legacy of East Germany. The book primarily takes place in California, where the author lived as a guest at the Getty Foundation between September 1992 and July 1993. It was also during this time that her files were uncovered by the agency responsible for administering access to the Stasi's massive archive.

Prior to her death, Wolf lived in Berlin and also in the town of Woserin in the state of Mecklenburg-Western Pomerania. Speaking of death in an interview with SPIEGEL in June 2010, Wolf said: "I think a lot about death, and I am conscious almost every day that I do not have that much time left. As I write, I sometimes thought: So, perhaps you'll let me still write this one until it is complete."