"I swear that I will dedicate my efforts to the well-being of the German people, promote their welfare, protect them from harm, uphold and defend the Basic Law and the laws of the Federation, perform my duties conscientiously, and do justice to all. So help me God."

The oath of office of the German president or chancellor isn't something to be taken lightly. It is anchored as Article 56 in Germany's constitution, the Basic Law. Merkel has sworn it. Over the weekend, her challenger to become the next chancellor, Peer Steinbrück of the center-left Social Democratic Party, said, "My understanding of protecting the German people from harm is a different one." He was right.

Once you get past all the rhetoric, what is the actual issue we're dealing with here? The United States has massively and systematically violated the civil rights of people who have no possbility of voting against its practices in elections. After all, the NSA and CIA and whatever the other organizations are called aren't operating under German laws when they're supposedly protecting the security of the free world.

And this about our loyalty to America. Or international terrorism. Or even the role of intelligence services. Everyone has their own opinion about that. This is about our rights being violated without us being able to resist it. We stop being citizens and turn into subjects.

It's a fundamental experience in German history that we never want to repeat. So who do we turn to now? Who is going to help us?

It appears that Germans can't rely on their own government to do the job. Chancellor Angela Merkel first remained silent for weeks about the biggest espionage scandal in history. When she finally did speak out, she said very little.

In the interview she gave the weekly Die Zeit last week, it was clear what she thought of the matter -- she was uninterested, indifferent. It was almost surreal. Edward Snowden had revealed to the public that our "allies" tap some 500 million data connections in Germany each month and, in doing so, violate a host of German laws -- not to mention trust among political friends -- and all the chancellor can do is offer a few stanzas that clearly betray her boredom with the issue, acting as if this all has nothing to do with her.

"A balance must always be maintained when it comes to freedom and security," Merkel says. "That is why everything has to be done according to the principle of proportionality." Yes, the reader wants to shout, that's totally right, but the disproportionate violation of this principle is precisely the problem here! Yet the chancellor remains mum.

In the current issue of SPIEGEL, deputy editor-in-chief Klaus Brinkbäumer describes the United States as a country that is sick, wounded and unsettled. "Since 2005, an average of 23 Americans per year have been killed through terrorism, mostly outside of the US." "More Americans die of falling televisions and other appliances than from terrorism," Nicholas Kristof recently wrote in the New York Times, and "15 times as many die by falling off ladders." Those figures haven't stopped the US military from spending $8 trillion on the military and homeland security since 2001.

It is kind of Brinkbäumer to diagnose the American data totalitarianism as a symptom of paranoid delusions. Hunger for power would be another explanation. In any event, it is the duty of the chancellor and her ministers to protect Germans from the consequences. But they have failed to live up to this responsibility. Not the chancellor, who instead prefers to point out the services the US did for Germany during the reunification process. Nor her interior minister, who allowed himself to be treated like some kind of obedient schoolboy during his visit to Washington late last week. He said he would have "clear words" with the Americans. But before Hans-Peter Friedrich even boarded his plane, his staff were already conveying to him that he couldn't count on getting details about the NSA surveillance programs when he got to Washington. It was all classified as "top secret" and "NOFORN" ("no foreign nationals").

It was the kind of uncomfortable feeling of powerlessness one knows from surreal dreams. The German interior minister travels to Washington to complain about spying by US agencies against Germans and he is then told that the activities of US intelligence services cannot be discussed because they are classified.

But Hans Peter Friedrich didn't feel humiliated in Washington. He was pleased to have been received at all. He also had a few statistics that he could take back home with him. Back in Germany, Friedrich announced that 45 terrorist attacks had been prevented around the world thanks to information supplied by US intelligence services. Some 25 were in Europe, including five in Germany.

But there was one question that remained unanswered. What was the bigger insult to the German people -- that the Americans didn't even think it was necessary to justify their spying to the Germans? Or the Mickey Mouse numbers they gave our interior minister for which there is no proof and which may or may not be true?

Why is Merkel doing this? Europe and Germany aren't powerless against American encroachments. The European Union's data protection directive includes provisions to force US firms to ahere to our rules. And the US has just as much interest in a free trade agreement as the Europeans. Merkel is not powerless, she just doesn't care. She has always operated without any appreciable convictions. And where there are no convictions, there can be no outrage either.

In Grosseto, Italy, a trial against Francesco Schettino is currently underway. As captain, he drove the Costa Concordia aground off the island of Giglio. The charges against him claim that he deserted both the ship and his passengers. In the spying scandal, Angela Merkel is our Captain Schettino. She has left the Germans in the lurch. 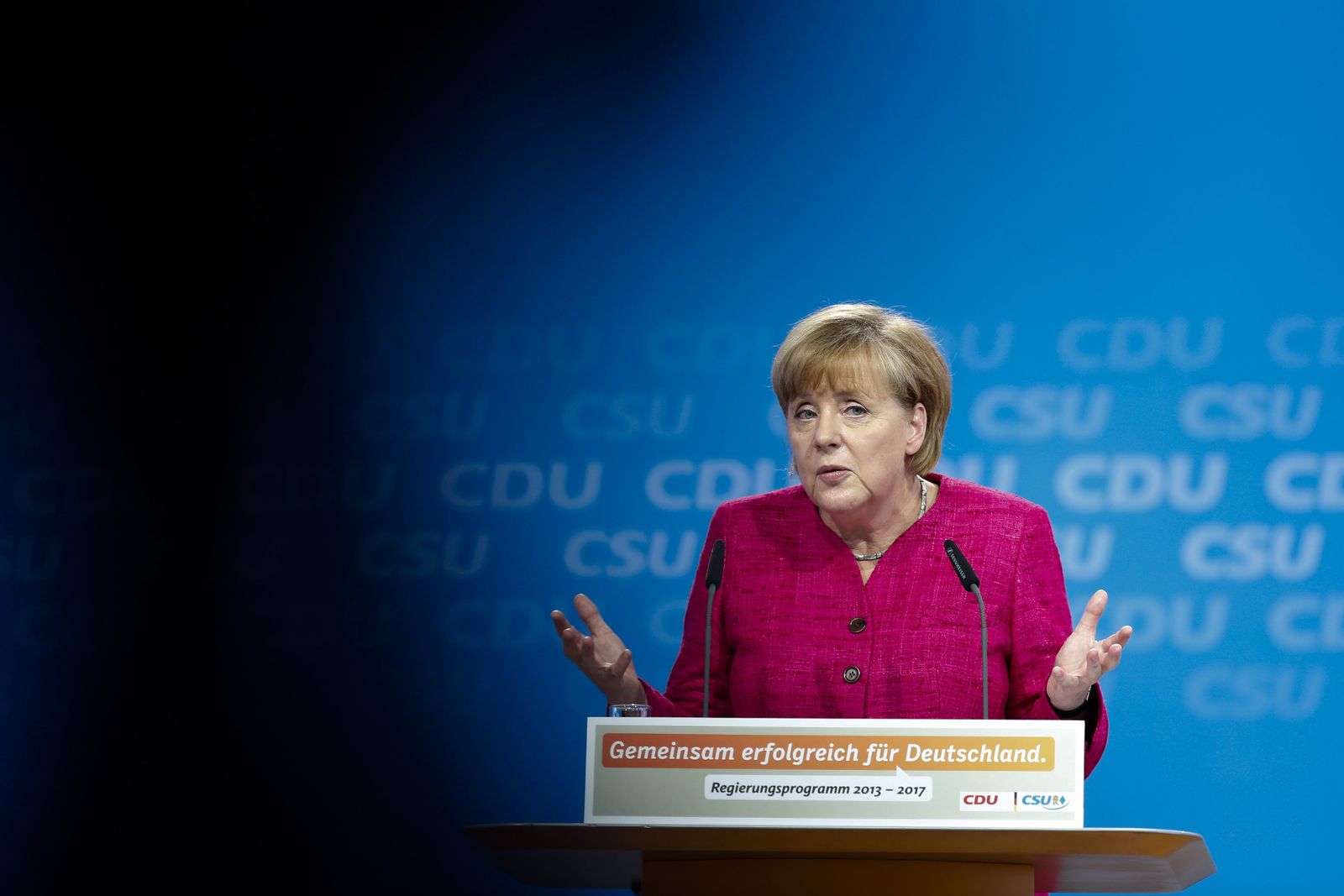