Recently, I just returned to Germany after spending a couple of years in the United States as a foreign correspondent. In that time that I've been back, I've become concerned, wrought with worry that my own country is losing its civility.

In America, I was often appalled by the brutality of a society where the majority support the death penalty and police are allowed to shoot people in the back even if they don't present an immediate threat. I can't change the fact that I am German, but for some time, I was pleased with that destiny. I was proud -- not proud of Germany, but proud to be from a country that had apparently succeeded in becoming more empathetic and civil.

But the country I have returned to is a different one. It's a country in which the state chairman of the right-wing populist Alternative for Germany (AFD) party in North Rhine-Westphalia has declared that, if need be, Germany's borders must be "protected using the force of arms," which would mean no less than allowing refugees to be shot at.

It's a country in which journalist Helmut Schümann could be clobbered from behind and disparaged as a "filthy leftist pig" because, a few days earlier, he had written a critical column in the Berlin daily Tagesspiegel entitled "Is this still our country?"

It's a country in which the candidate for mayor in Cologne, Germany's fourth largest city, could be seriously wounded with a knife because her assailant didn't like her refugee policies.

It's a country in which 30 Germans hunted down and beat up Syrian refugees using baseball bats in the eastern city of Magdeburg.

It's a country where the language used to foment against foreigners -- both on the ground and online -- makes even Donald Trump's tirades against immigrants seem harmless.

I suspect that one of the first reader comments after this gets posted will be, "Get lost you traitor."

On a recent Sunday, a group of tax drivers was waiting in the military area of Berlin's Tegel airport, the terminal used for flights by high-ranking government officials. The German defense minister had just arrived from Bahrain in an official government jet, but the taxi drivers apparently thought the plane was carrying Chancellor Angela Merkel. One proudly told me that he and his colleagues had half-joked that if one of them received Merkel as a passenger, that he would driver her to a nearby lake, tie stones to her feet and let her sink to the bottom. Because of her refugee policies.

What has happened to Germany? Does the sudden influx of hundreds of thousands of refugees justify forgetting almost everything that used to be important to us? The refugee crisis is, of course, a challenge. Solving it will take time, money and energy. But Germany has all the resources it needs to manage this crisis without surrendering its civility. Instead the mood in the country is akin to a drunken rage of the kind last seen in the beer halls of the 1920s Weimar Republic -- that period of crude, uncivilized behavior that paved the way for Hitler's rise and the most brutal decade in world history.

Then, too, criticism and anxiety wasn't put forth in the form of discourse. It was expressed in the form of fist fights on the streets. We know today that this culture of brutality played a considerable role in the failure of Germany's first attempt at democracy. Ultimately, the loud and the brutal severed society's vulnerable ties. We are obviously not anywhere close to that point today. Those threatening our society today are not in the majority, but there is still a large number of them. The Federal Republic of Germany established a functioning democracy in the decades after Hitler and its people had good reasons to be proud of the country's political culture. But no one should take it as a certainty that this achievement is safe forever.

It's also, incidentally, highly paradoxical that many of the people who are expressing this anti-social behavior today have adopted terms like "the cultural nation Germany" or "the land of poets and thinkers" to justify their actions, because nothing would be more shameful to the dead poets and thinkers than the gentlemen who are fueling xenophobic sentiment, issuing orders to fire at refugees or calling for Angela Merkel to be drowned or hanged.

In his "Winter Tale," the great German poet and thinker Heinrich Heine once wrote: "O how I detest the trumpery set, Who, to stir men's passion heated, Of patriotism make a show, With all its ulcers fetid." 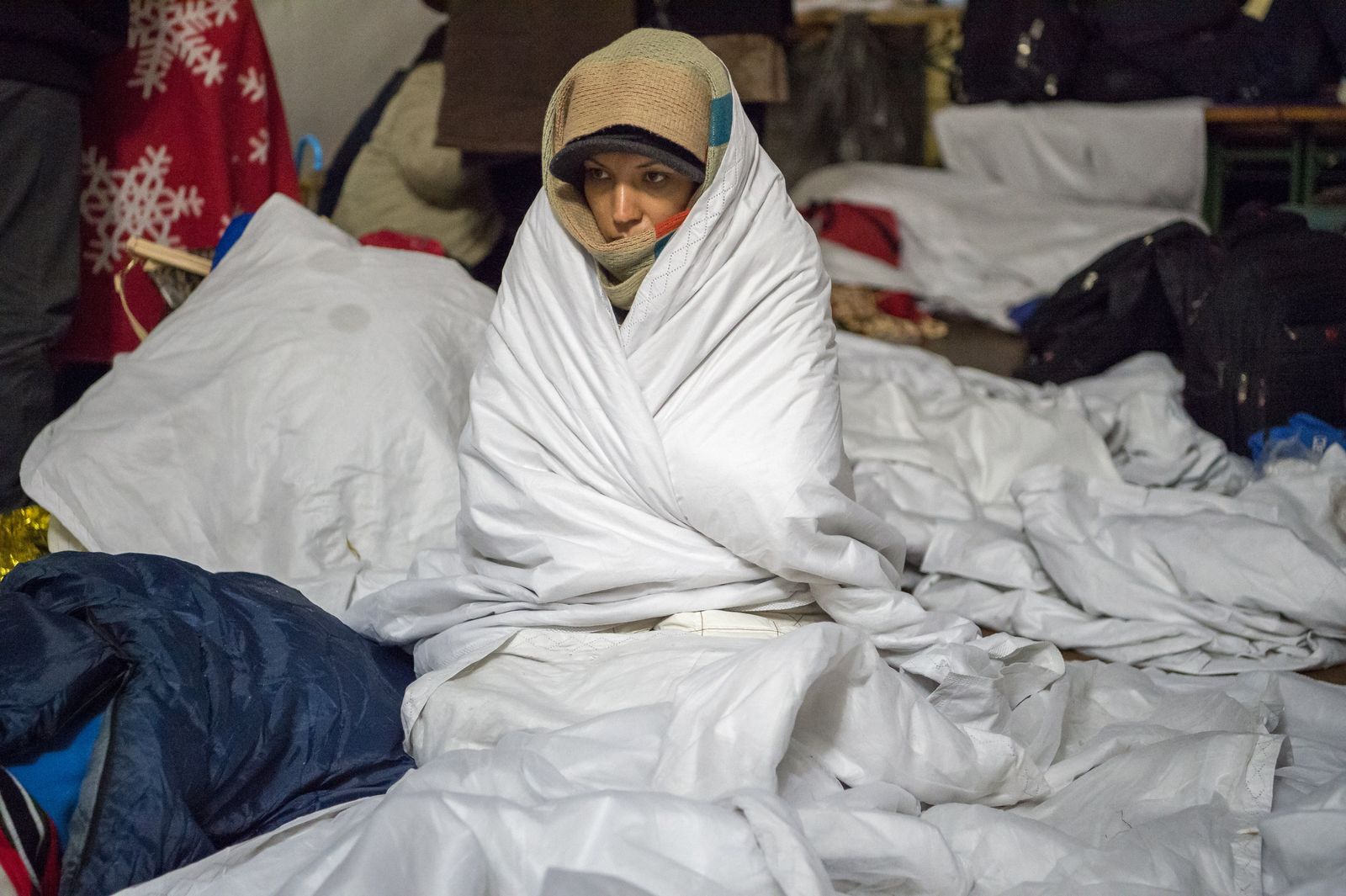 A Syrian refugee waits in a heated tent in the town of Hanging, Austria, as she waits for further transport to Germany on Nov. 3.