"This time I mean it very seriously," is how Egypt's chief archaeologist, Zahi Hawass, characterized his fresh demand for the bust of Queen Nefertiti, which German archaeologists brought home in 1913. He was reacting to SPIEGEL magazine piece that suggested the Germans had tricked Egyptian experts about the true nature of the now-legendary bust. 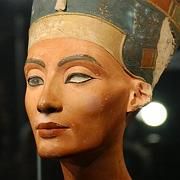 The bust of Nefertiti is almost 3,400 years old.

Hawass has long called on Berlin to return the bust of Nefertiti, which sits in the city's Egyptian Museum, but SPIEGEL revealed in this week's edition of the magazine that an obscure document from 1924 charged the German archaeologist Ludwig Borchardt with "cheating" to secure the bust for Germany.

"I immediately sent a letter to the German Oriental Institute demanding a copy of the document," Hawass told Agence France-Presse. "If it is authentic we will work with all our power with the German government to bring back the statue." He reiterated his position to the German radio station ARD and added, "This time I mean it very seriously."

The secretary of the German Oriental Institute reported in 1924 on a 1913 meeting between Borchardt and a senior Egyptian official. Egypt and Germany had an agreement to split antiquities found by Borchardt's team "à moitié exacte," or 50-50, but the secretary reported in his memo that Borchardt "wanted to save the bust for us."

The bust lay wrapped in a box in a dim room when the Egyptian official, chief antiquities inspector Gustave Lefébvre, looked over artifacts from the Borchardt dig. The secretary wrote that Borchardt presented Lefébvre with an unflattering photo of the bust and claimed it was made of gypsum, when in fact it has a limestone core under a layer of stucco.

Whether Lefébvre went to the trouble of lifting the bust out of the box isn't clear. But the secretary, who witnessed the meeting, claimed there was "cheating" involved, since the Germans misrepresented the material.

The Prussian Cultural Heritage Foundation has possession of the bust and rejects any charge of cheating. The idea that the antiquities were not divided according to the rules in 1913 "is false," the foundation has claimed in a statement. Lefébvre, in other words, just overlooked the importance of the piece.

The German Oriental Institute admits the existence of the document, but also maintains there was no serious breach of the rules. "Nefertiti was at the top of the exchange list," a spokesman for the company told SPIEGEL. "The inspector could have looked at everything closely.... It's not admissible to complain about the deal reached at the time."

The well-preserved Nefertiti bust depicts the queen of Sun King Akhenaten, who was pharaoh of ancient Egypt at the peak of its imperial power almost 3,400 years ago. Egypt has demanded it back from Germany for various reasons since the 1930s. It's now a star attraction at the Egyptian Museum in Berlin, which receives half a million visitors per year.