Chancellor Angela Merkel's Christian Democratic Union (CDU) party sits at the top of the list. Below are the Social Democrats (SPD), the Free Democratic Party (FDP), the Left Party, the Greens and the Christian Social Union (CSU). And there, at the very bottom, are the Pirates.

At around 2:20 a.m. local time, when the organization managing the federal elections published the voting results for all of Germany's 16 federal states on its Web site, the nation saw a new power sitting on the seventh rung of the political ladder: The Pirate Party had managed to get 2 percent of the vote. 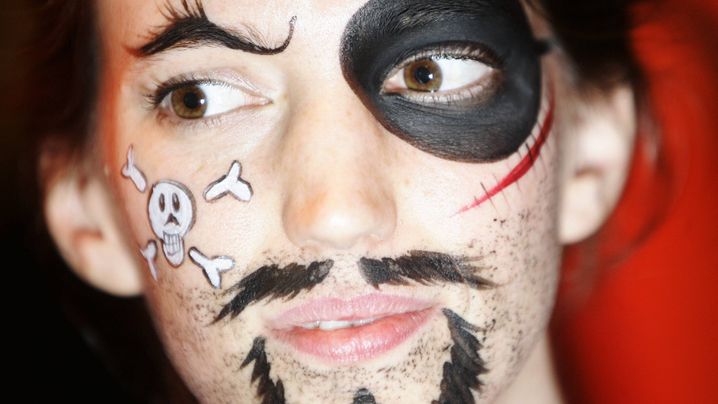 "This election has shown that the issues we're campaigning for are important and that we will be more successful in the future," party leader Jens Seipenbusch said at its post-election celebration. In a short time, his party has become the unofficial representative of Internet activists in Germany who don't feel any affinity for the other parties and who have been feeling threatened in their natural environment -- that is, online.

The Pirates have the CDU to thank for their strong result. When it comes to Internet issues, two politicians from the CDU embody the treachery of the grand coalition -- that is, the uneasy combination of the Christian Democratic Union (CDU) and the Social Democrats (SPD) that has been running the country for the past four years: Interior Minister Wolfgang Schäuble, with his laws regarding Internet surveillance and spying, and Family Minister Ursula von der Leyen, with her well-publicized list of banned sites in her campaign to fight online child pornography. Internet activists have suggested that rather than banning the sites, the content should be erased. An online petition started by Franziska Heine against "Zensursula" laws -- a word play on the German word for censorship and von der Leyen's first name -- secured more than 130,000 signatures. The petition got a lot of media attention -- and so did the Pirate Party.

During discussions about the law on blocking Web sites, politicians from the grand coalition demonstrated their ignorance about technical aspects of the online world -- and a bit of arrogance to boot. That certainly didn't hurt the Pirates' numbers in the election. The Pirate Party was founded in 2006, and since the beginning of the year, its membership has increased tenfold. At last count, it had around 9,200 members, which makes it the seventh-largest party in Germany.

High on Hype, Low on Ideology

The Pirates' power was only really recognized after the elections for the European Parliament in June. At that time, the original Swedish version of the Pirate Party made it into the European Parliament with 7.4 percent of the national vote. The German Pirate Party managed to get 0.9 percent. Since then, its proposals championing the free exchange of culture and scientific information on the Internet and a new set of copyright laws have been seen and heard everywhere.

Still, the young party continues to wrestle with its identity, while its members wrangle with each other. They primarily campaign for strengthened data privacy protection, respecting users' rights and Internet freedom. And the members recognize this. But the fact that its platform only includes these few items -- and that the party seems to lack a deeper ideology -- makes the Pirates seem to many much more like a protest party. For example, when it comes to issues of major political concern in Germany -- such as its involvement in the war in Afghanistan and those related to pensions and social justice -- the Pirates have refrained from taking any positions.

Likewise, party leaders granted two interviews to Junge Freiheit (Young Freedom), a weekly far-right German newspaper, which unleashed a flood of online arguing. And the party has also taken a lot of flak for accepting members like Jörg Tauss, a former member of the Bundestag, Germany's lower house of parliament, for the center-left Social Democratic Party (SPD), whom state prosecutors are investigating as part of a child pornography case.

Despite these problems, surveys conducted online or among young people in the last few weeks continued to show the party gaining in popularity and earning double-digit support. But what these polls might have really done is led the party to think too highly of itself. For example, party leaders said that they deserved a spot on the panel of program hosted by Stefan Raab, one of Germany's top entertainment personalities, on the eve of the election. They wanted to sit in the company of representatives of major parties represented in the Bundestag. When Raab said no, the Internet was flooded with charges of censorship.

But the Pirates got their revenge. Using Twitter, many of them concocted a plan to distort the telephone voting survey conducted by Raab's program. In the end, the survey showed the Left Party winning a ridiculously high 16.8 percent of the vote -- and many suspect that the Pirates' mass mobilization might have played a role in the funny figures.

Could The Pirates Be The New Greens?

Pirate Party leaders say they are "very satisfied" with the results of the election. But good or not, a lot of supporters are still upset. There were already plenty of conspiracy theories floating around online because, despite its strong media presence, support for the Pirate Party was not being measured in pre-election polls. Some supporters blamed polling organizations, while others criticized the methods used to gather voter opinions.

Still, Pirate Party supporters are now looking boldly into the future. At the election party in Berlin's young and bohemian Friedrichshain district and on Twitter posts, the mood was one of jubilation. Members like to draw parallels with Germans Greens, who started off slow, failed to get enough votes to get into the Bundestag in 1980, but wrestled their way in three years later.

In any case, in political terms, the Pirates -- just like the Greens before them -- can now get real. And it will be a reality in which their sworn foes -- such as von der Leyen and Schäuble -- will be holding on to the reins of power for another four years. That is bound to be a thorn in the side of the online pirates, and it will certainly be awkward for the Pirate Party. 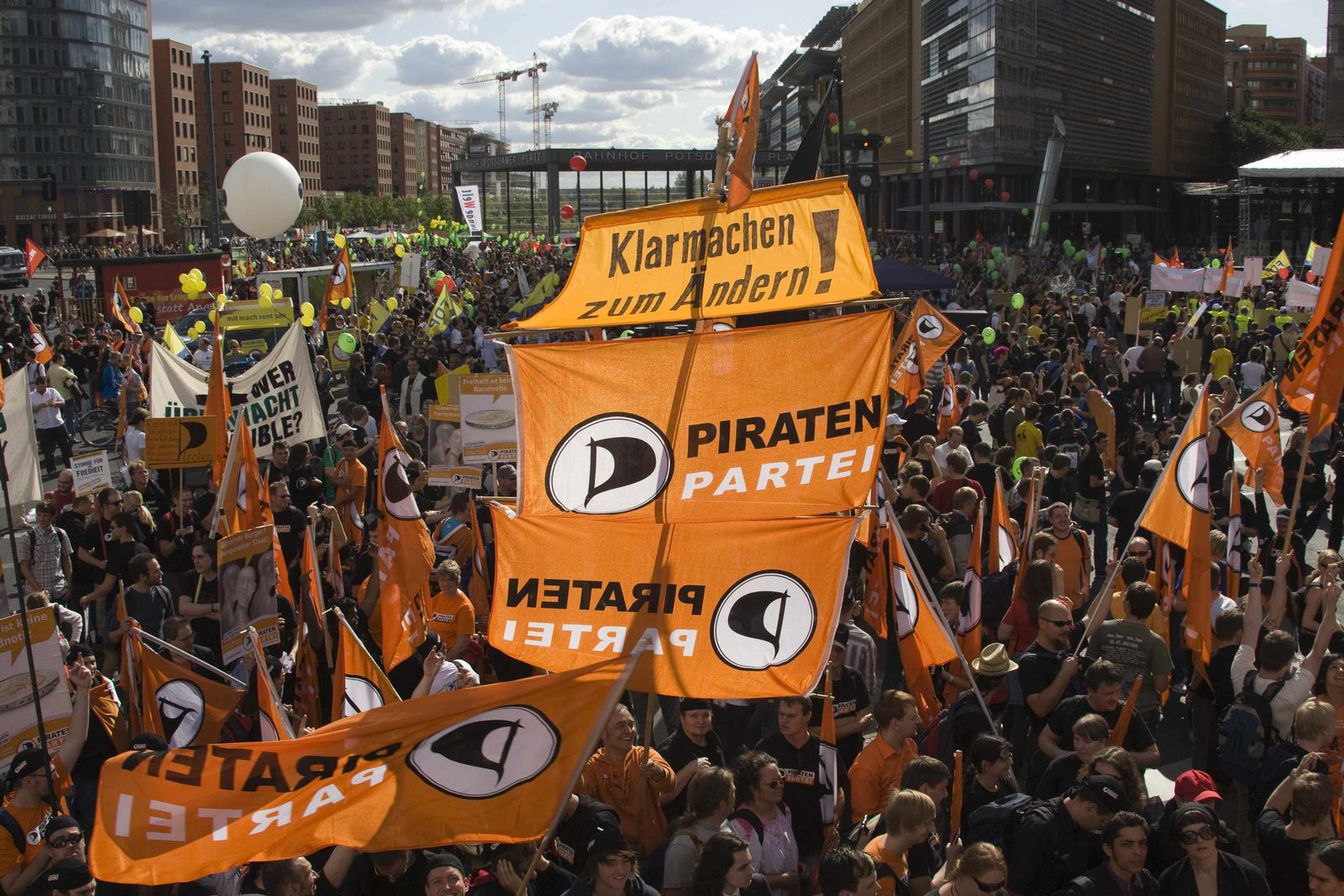 The Pirate Party has increased its membership tenfold in 2009.

During a rally against state and corporate surveillance policies in Berlin earlier this month, hundreds of supporters took to the streets dressed in the party's colors . In Berlin, the party's share of the vote was 3.35 percent.