Design visionaries love electric cars. Christian Förg, a 27-year-old designer who until recently was a polytechnic student in Munich, says that in spite of the electric motor's obvious limits -- say, a top distance of 150 kilometers on a single charge -- student designers like to dream up the most elaborate ideas for electric sports cars or luxury sedans. For his thesis project Förg decided to resist that temptation. "I didn't want to draw just another black box, and tell everyone what it can theoretically do," he says. 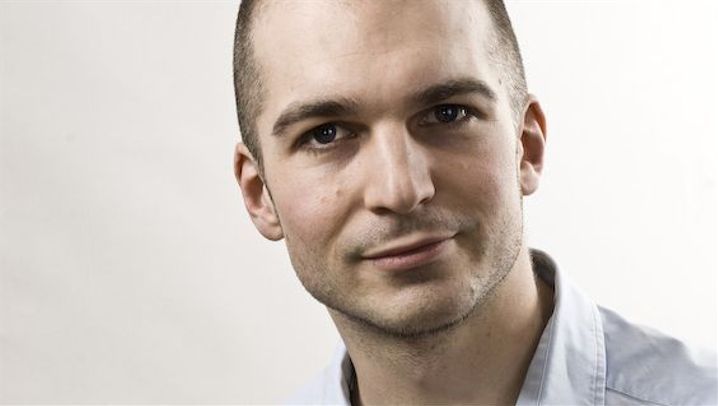 So he came up with not just a new concept car, but a whole new new traffic system. Förg wanted to remove the problem of distance, but for him it was also important to let drivers of old-fashioned cars share the road with his new-fangled vehicles. "My approach will persuade drivers that (the future) is not about confrontation," he says.

"Speedway," as he calls the project, is simple. In city and local traffic, his cars will move under their own power, propelled by electric motors built for lower speeds. On one charge these vehicles could travel 200 kilometers -- more than enough for a short trip. For longer trips Förg envisions a system of highways outfitted with so-called linear induction motors, where his electric cars can link up quietly with an electromagnetic field, cruise for long distances, then exit again under their own power.

Good for Trains, Good for Automobiles

It sounds like science fiction, but the underlying technology is 170 years old. "Linear induction motors have been used around the world for a long time," says Förg. Light rail systems serving airports in New York and Vancouver, as well as magnetic trains in Shanghai and Japan, all use linear induction motors.

Put very simply, they function like this: A conducting coil laid under the street would serve as the "stator coil," or static portion of the motor. Every "Speedway" car will have a complementary part, called a conductor, which could carry the vehicle along an electromagnetic wave.

The charm of this idea lies in the fact that the road will go on being a road, suitable for any car. But the Speedway vehicles can be closely arranged on the electromagnetic field, like train wagons, which would drastically increase traffic capacity. The car's battery, moreover, could be recharged on a Speedway road, so a driver would exit with another full 200-mile limit on the motor.

So far, though, no linear induction motor exists for individual cars. But Förg has faith in his vision. "Experts have assured me that the technology would work," he says. The costs for infrastructure -- on, say, Germany's Autobahn -- would not be absurdly high, at least in estimates so far. Conversion of an existing Autobahn route, according to Förg's student thesis, would cost about €8.5 million. (He bases the estimates on prices quoted by an American firm called Magnemotion, which can build linear induction motors.) By comparison: A single kilometer of new Autobahn in Germany costs between €6 million and €12 million.

Of course, the Speedway system would be efficient and good for the environment only if the current for the coil comes from renewable sources. But the same can be said about every other vision of future, when it comes to traffic and electric cars.

Reactions to the idea have so far been entirely positive, Förg says. Even Volkswagen expressed interest in his 121-page thesis, though Förg hasn't heard anything back from the company yet.

In the meantime Förg and two colleagues have established a design agency called Lumod. He's still working on the Speedway idea. Since the concept vehicle he proposed for his thesis was supposed to look futuristic, he says, the first step is to design an alternative that looks more like a recognizable car.