An "embarrassing affair," is how one German diplomat described it. The official could also have added: potentially damaging to trans-Atlantic relations.

In an operation reported on by SPIEGEL over the weekend, US soldiers entered the freighter Hansa India in the Gulf of Suez at the beginning of October and discovered seven containers full of 7.62 millimeter ammunition suitable for Kalashnikov rifles. An eighth container was full of cartridges suitable for the manufacture of additional rounds. The incident is particularly awkward for Berlin as the Hansa India is registered to the Hamburg-based shipping company Leonhardt & Blumberg.

Investigators suspect that the arms were part of an Iranian shipment bound for either the Syrian army or for Hezbollah, the militant Islamist group. US officials have pointed out that the delivery is in violation of United Nations Security Council Resolution 1747, which prohibits arms shipments either into or out of Iran.

According to Leonhardt & Blumberg, the 243-meter-long (297-foot-long) ship has for years been under charter to the state-owned shipping company Islamic Republic of Iran Shipping Lines. Two US warships halted the Hansa India after receiving a tip-off from intelligence services.

Following an intervention by the German government, the US allowed the ship to continue on to its destination in Malta, where the containers were secured.

German Pistols on the Black Market

Meanwhile, the German radio station NDR reported over the weekend that German-made pistols have become a mainstay on the black market in Afghanistan and Pakistan. According to the report, the German Defense Ministry delivered 10,000 Walther P1 pistols to Afghanistan for use by the country's fledgling army and police force.

But turnover is high among Afghan security personnel -- between 20 to 25 percent of police officers leave the force each year. Many simply sell their weapons when they quit, according to the report. NDR reported that the weapons were available in Kabul, in northern Afghanistan and in the tribal areas of Pakistan. 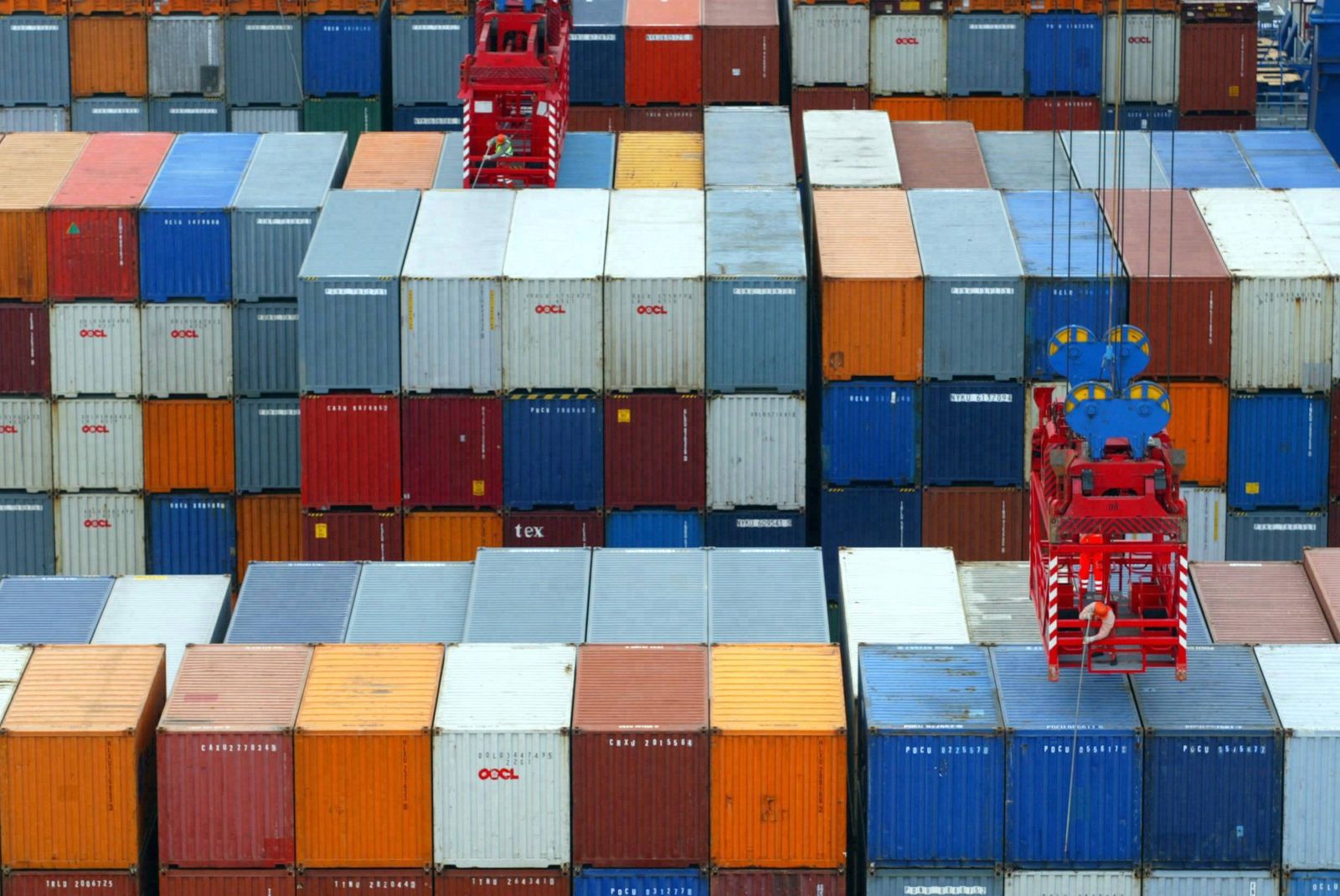 The US military discovered eight containers, similar to these ones, containing ammunition apparently being shipped from Iran to Syria aboard a German-owned freighter.