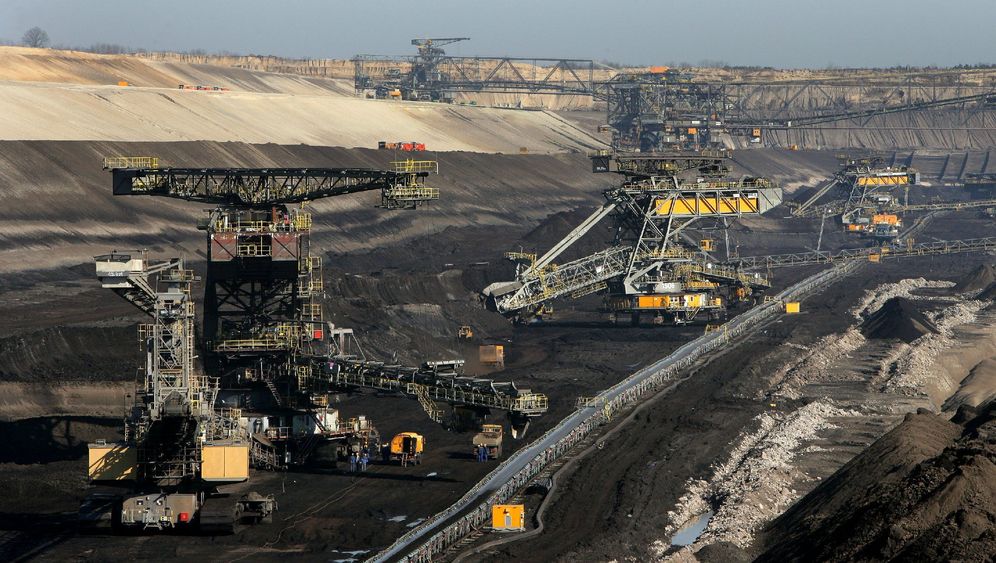 To get an idea of the power wielded by Swedish energy giant Vattenfall in the Lausitz region of eastern Germany, leave the Autobahn at the Cottbus South exit. You'll see a big sign with the company's name alongside the highway and, on the horizon, the cooling towers of the Schwarze Pumpe power plant spewing steam into the sky. The route to the center of town passes by the energy provider's 13-storey high-rise office building. But if you want to stop there and talk about the power that one company can have in a region, think again: SPIEGEL was not granted an interview, despite numerous requests.

The alternative was to meet with the mayor of Cottbus, Frank Szymanski, a member of the center-left Social Democrats (SPD) and a staunch supporter of the local coal mining industry. His position on the coal issue may be based on firm convictions, but there's no doubt that it also boils down to simple math: There are 30,000 fewer people living in his city than there were in the days of communist East Germany, and Vattenfall is the last large employer offering job security.

"I wouldn't want to imagine what the future would look like if we also lost the coal," says the mayor. "Where are the alternative jobs? There is no Plan B."

Now Vattenfall wants to expand its opencast mining operations in a number of places in the Lausitz. Once again, thousands of people may lose their homes. The mining of lignite, also known as brown coal, could continue for decades. The plans are controversial, though. Critics have collected over 100,000 signatures nationwide for petitions against expanding the Welzow South opencast mine. Politicians in the state of Brandenburg have also expressed cautious doubts. Two years ago, the Brandenburg Environment Ministry drew up a schedule that would make it possible to phase out the use of environmentally hazardous lignite for power generation by the year 2050.

Vattenfall Everywhere in the Lausitz

But climate activists and affected individuals are up against a powerful opponent. Vattenfall is everywhere in the Lausitz. Some 25,000 jobs in the region depend on the brown coal industry, and the company has one of the largest corporate training programs in eastern Germany. And there wouldn't be many recreational activities without Vattenfall. The second division soccer team Energie Cottbus, the Lausitzer Füchse ice hockey team, the film festival and the orchestra are all sponsored by the company -- and the politicians who support Vattenfall are well aware of this.

Mayor Szymanski was among the founders of the Pro Lausitz Brown Coal Association, a lobbying group established in Dec. 2011 that is campaigning for the opencast mines to be expanded. "We want to give the silent majority a voice," says Szymanski. He argues that only the opponents of brown coal have been allowed to express their views over the past few years. Szymanski contends that the association is an initiative launched by private individuals -- and not by the company. Vattenfall also puts great store on the fact that it did not take part in establishing the group.

Pro Lausitz Brown Coal is supposed to look like a grassroots movement. But the fact of the matter is that the association is also bankrolled by Vattenfall, which is one of its sponsors. The amount of financial support remains confidential, though. Neither the association nor Vattenfall is prepared to comment on the issue. In any case, this group of pro-mining activists has no lack of cash. It has its own office, open for a number of hours every day, in the Cottbus "Commerce Building." Recently, it organized a petition with the slogan "My Vote for the Mines."

The association ran a number of large ads in local newspapers and was given its own radio show to present itself to the public. The pro-coal activists collected signatures at a second division football match between Energie Cottbus and Cologne and managed to gain the support of Brandenburg governor Dietmar Woidke (SPD).

The Cottbus city hospital was also helpful. Pro Lausitz Brown Coal was allowed to distribute its petitions on the hospital wards. There were also collection boxes in government buildings. When the environmental organization Greenpeace balked at this practice, the Brandenburg Interior Ministry went into action and pointed out that the state administration had to remain neutral. The petitions subsequently disappeared from government offices.

The association ultimately collected over 60,000 signatures. What's more, the IG BCE mining union commissioned an opinion poll, which came to the conclusion that the majority of the population in the region supports new open-pit mines. In a bid to win over its opponents, Vattenfall offers to build new housing tracts for people who have to leave their homes -- and the company tries to influence opinion with an informational campaign.

For the past few years, Vattenfall has been distributing in the small towns around the Nochten mine a complementary magazine called Struga, named after a local stream. The publication is managed by a journalist named Gerhard Fugmann, who is a former editor at the Lausitzer Rundschau newspaper. Before German reunification, Fugmann spied on his colleagues as an informant for the former East Germany's notorious secret police, the Stasi. His codename was Erich Fuchs.

The 73-year-old writes stories about people whose homes have to be torn down to make way for the mines. Under the headline "The Difficult Path," for example, he reported on the village of Rohne, which was slated for demolition. Instead of giving up, the "respectable" residents sought out "compromise solutions" with Vattenfall.

When it comes to climate research, Fugmann does his best to appear well-informed. Climate change is taking place, he writes, "but according to the rules of nature," adding that there is nothing that people in Germany can do to change that. It seems "somewhat naïve" to him to attempt to balance out "disappearing jungles in South America" or "climate experiments in outer space" with the Energiewende, Germany's push to abandon nuclear energy and promote renewable sources.

During a meeting at the door to his apartment, Fugmann declined to comment on his role. When his Stasi past was brought up, he abruptly ended the conversation. In response to a query from SPIEGEL, Vattenfall said that it knew nothing about the author's past activity as a Stasi informant. According to the energy provider, Fugmann has now "offered" to terminate his collaboration with the company, which noted that their business relationship had been primarily based on his "proven journalistic qualities."

It is indeed legitimate for a company to lobby in favor of its own interests. But is Vattenfall too powerful in the Lausitz? Is everyone too afraid to voice any criticism because just about everyone has friends or family who work for Vattenfall? Have some skeptics already given up because they believe that they are powerless in the face of an alliance of business and politics?

"This company is like a monster that has the entire region in its stranglehold," says sociologist Wolfgang Schluchter, who has taught at Cottbus University for many years. Former federal judge Wolfgang Neškovi, who recently served as an independent representative in the German parliament, the Bundestag, is also concerned: "Democracy is being undermined because there is no equality of firepower between opponents and proponents," he argues.

Plans Set to Be Approved

It currently looks as if Vattenfall may succeed in pushing through its plans. In mid-October, the Lignite Committee in the state of Saxony gave its approval to the expansion plans in Nochten. In early 2014, the state government of Saxony will make the final decision on the issue. Meanwhile, on the Brandenburg side of the border, governor Woidke recently made an agreement with Vattenfall in which he explicitly came out in favor of the "Lausitz energy region." There was no more talk of phasing out brown coal, as members of the state government had debated just a few years ago.

Lignite opponents can now only hope that they receive support from Berlin and Stockholm. On Nov. 3, the people of Berlin are voting on a referendum to decide whether to return the city's power grid to public ownership, a move that could make life more difficult for Vattenfall on the German market. For months now, there has been speculation over the possible sale of the brown coal business. Vattenfall has rather halfheartedly denied the rumors. In Stockholm the Green Party has criticized that the state company, which relies on environmentally-friendly energy in its home country, wants to mine lignite abroad. The Swedish government said on Friday, however, that it had no intention of preventing Vattenfall from developing new opencast mines in the Lausitz.

This is further disappointing news for critics. Hagen Rösch, 34, lives with his family in Proschim, a town on the outskirts of the South Welzow mine. His community is also slated to be bulldozed to provide access to the coal seam. Rösch sells solar panels, and he has a biogas plant on his farm that he says produces enough electricity for 5,000 people. On top of that, there are the products from his farm, a butcher shop and a catering service. The family employs some 85 people. He says that his family lost thousands of acres to earlier expansions of the Welzow mine, but now their very livelihood is threatened: "According to the plans, the office where we are sitting will no longer exist in a few years," he says. Rösch has decided to fight the enlargement scheme for the open-pit mine. He has publicly criticized Vattenfall on numerous occasions, and his mother, who is a member of the town council, opposes the expansion plans.

That doesn't please everyone in the Lausitz. Rösch and his fellow activists are branded online as "village idiots" whose "whining" has become unbearable. Rösch tells the story of how a customer recently came into his butcher shop and said: "You're destroying our jobs. I'm no longer going to shop here." People tell him to stop resisting the opencast mine, he says, because you don't have a chance against Vattenfall anyway.

The scale of Vattenfall's operations in the Lausitz region of eastern Germany is vast. Pictured here are mining operations at the Jänschwalde opencast coal mine. 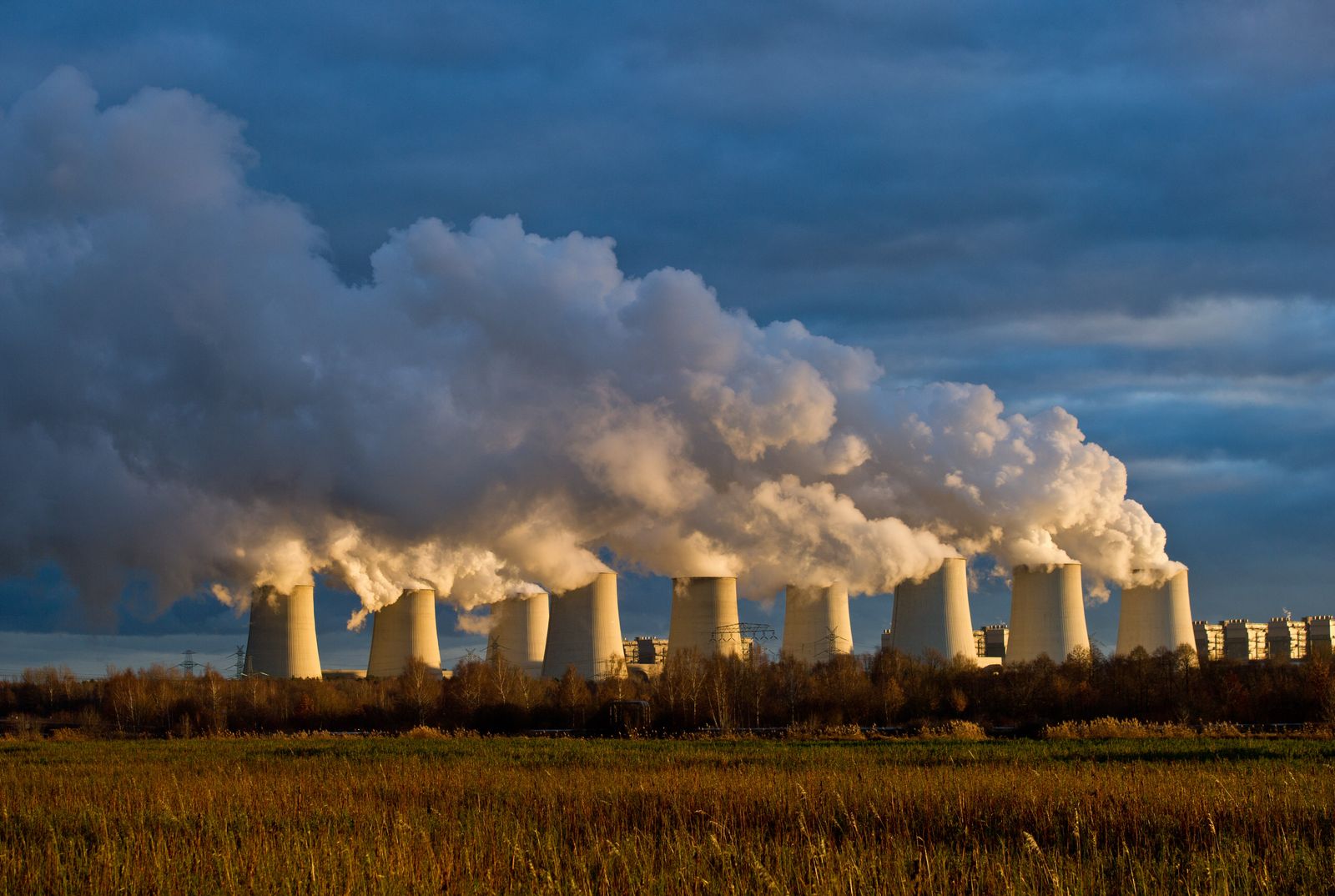 Cooling towers spew steam into the air. The Swedish energy company is pressing ahead with ambitious expansion plans for its mines in the region.