Before Memet Kilic climbs into his car, he quickly checks to make sure that all of the lug nuts on his wheels are tight. He only takes the train when he knows that he will be back home in Heidelberg before sunset. His apartment is only a few minutes' walk from the commuter train station, "but I wouldn't risk it after dark," the Green Party politician says. "Who knows who might follow me?" Kilic's youngest son has internalized his father's fear: Before going to bed, the six-year-old makes sure to check whether the family's front door is locked.

A lawyer by training, Kilic is confronted every day with threatening emails, insults over Twitter and denigration on Facebook. He calls it "inbox sludge" and he has seen it all, including threats to his life. On one occasion, someone really did cram his mailbox full of garbage from the street. Sometimes, the attacks have come from xenophobes and racists. Mostly, though, they are the work of supporters of Turkish President Recep Tayyip Erdogan seeking to intimidate him into changing his political views and finally fall into line, Kilic says. For years, the 50-year-old has been a sharp critic of Erdogan and his Justice and Development Party (AKP).

Kilic is the Green Party candidate in an electoral district in the northern part of the southwestern German state of Baden-Württemberg and has already done one stint in the Bundestag, as Germany's parliament is called, from 2009 to 2013. He says that during that campaign, the situation wasn't nearly as bad as it is today. "What is happening today can make you very afraid," he says. "Particularly if you have children."

Fear for Your Safety

At least 80 of the 4,828 candidates for the parliamentary elections on Sept. 24 have Turkish roots. Reporting conducted by DER SPIEGEL and by public broadcaster ARD's "Report Mainz" program show just how difficult their political lives have become, particularly if they are publicly critical of Erdogan. Those like Kilic and Cem Özdemir of the Green Party, or Sevim Dagdelen of the Left Party, have learned that if you don't back Erdogan's politics, you must live in constant fear for your safety -- as German citizens in Germany.

Just recently, Erdogan directed Turkish-Germans to avoid casting their ballots for the center-left Social Democrats (SPD), the center-right Christian Democrats (CDU) or the Greens, saying these parties are "enemies of Turkey." Kilic says that Erdogan's plea constitutes "an additional justification to attack people like me."

Kilic was born and grew up in Malatya in eastern Turkey before coming to Germany to study law. His family is part of the Alawite minority and Kilic says they were threatened by religious fanatics back in Turkey as well. He finds it shocking that he has once again become a target, only this time in Germany.

Recently, someone wrote to him on Facebook that he "should be careful that his body doesn't soon end up without a head." Another user called him a "dog devoid of ancestry" and said he shouldn't risk traveling to Turkey. Two weeks ago, Kilic's mother died in Ankara, but he didn't dare head back for her funeral. "I don't think I would be allowed to enter the country without problems," he says.

Several German citizens are currently locked up in Turkey for political reasons. Deniz Yücel, a journalist for the German daily Die Welt who has been accused of distributing terrorist propaganda and has dual Turkish and German citizenship, is the best known. In July, human rights activist Peter Steudtner was placed in pre-trial detention for allegedly supporting terrorism.

There are those who think that Kilic is overreacting to the threats posed to him and his children. The kind of online hate that is so pervasive on social media platforms is widespread in plenty of other contexts as well. "Those who have grown up in a free and liberal world are perhaps unable to fully understand the fear," Kilic says in response. "But as an Alawite, you have a completely different warning system for the terrible things that can happen."

Ali Ertan Toprak, head of the Kurdish Community in Germany (KGD), agrees. Erdogan critics in Germany receive far too little support, he says, adding that the government in Berlin isn't doing enough. Many secular and democratically minded Kurds and Turks no longer feel safe in Germany.

Bundestag candidate Kilic recently pricked up his ears when Foreign Minister Sigmar Gabriel of the SPD, who has been one of Erdogan's morevocal critics in Berlin, complained that his wife had been threatened by phone at her dental practice. "That's terrible, of course," Kilic says. "But maybe it will help the government understand what is going on here and what it means when your own family is threatened."

Dagdelen and Özdemir, the Green Party's lead candidate in this campaign, are both among the most-hated politicians for Erdogan fans in Germany. This spring, they urged Turkish-Germans and Turks in Germany to vote "no" in the Turkish constitutional referendum. Erdogan won that vote with a slim majority, allowing him to consolidate power by imposing a presidential system on the country. "What happens in Turkey always has a direct impact on Germany," Dagdelen says, alluding to the around 3 million people of Turkish origin who live in the country.

She and Özdemir, 51, are constantly accompanied by bodyguards at campaign appearances, and when Dagdelen held a speech in Hamm on Wednesday, Erdogan supporters tried to shout her down. Others sat in their cars and honked continuously in order to prevent her from being heard.

On Monday, unknown perpetrators broke into the Left Party's campaign office in Bochum, where Dagdelen is a candidate. They tore up posters and flyers and someone urinated on the floor. Dagdelen's personal district office in Bochum has likewise been daubed with paint on several occasions.

CDU parliamentarian Cemile Giousouf, whose parents belonged to the Turkish minority in Greece, avoided putting her picture on her campaign vehicle from the very beginning. She says doing so would simply have led to vandalism.

Özdemir says that he often encounters insults and hostility from Turkish taxi drivers. In response, he often threatens to report them to the police.

Most of those who oppose Özdemir and Dagdelen, however, do so on the internet. Defamatory hashtags have been created for both of them, such as #götdemir for Özdemir. Göt is the Turkish word for ass. Dagdelen, for her part, is referred to as a #terrortubby. She is often accused of being close to the Kurdistan Worker's Party (PKK), which has been banned as a terrorist organization. "That's complete nonsense," Dagdelen says. Part of her family, she says, has Kurdish heritage, but the PKK accusations only serve to provide AKP supporters with a justification to vilify her.

Her Twitter notifications are full of base comments such as "Sevim works in a whore house" or "Come on, lick my balls, okay?" She says that "misogynistic and sexist comments are typical of Islamist Erdogan supporters."

Among such obscenities, xenophobes also post their comments. Dagdelen is accused of not being "a 'real #German'" and the Left Party is referred to as a "Turkish party." Just below, though, a Turkish user calls her a "German whore."

Dagdelen tries not to let such comments get to her. At the apex of the refugee crisis, she says, the "right-wing mob was in top form," but currently, hatred from the Turkish community has become more prominent. A mother of two, she makes sure to prevent photos of her family from appearing anywhere on the internet in order to protect them. Her support for the Armenian resolution in the Bundestag didn't help the situation. In June 2016, the German parliament -- with the support of several politicians with Turkish roots -- voted almost unanimously to classify the early 20th century massacre of Armenians in the Ottoman Empire as genocide. Özdemir was one of the sponsors of the legislation. The move infuriated Erdogan and the Turkish president said that lawmakers like Özdemir and Dagdelen had "impure blood." Turkish newspapers printed their pictures and called them "traitors" to Turkey. Dagdelen says: "That pretty much signaled open season on us."

Berlin-based SPD parliamentarian Cansel Kiziltepe also voted in favor of the resolution and needed bodyguards for a time as a result. Nevertheless, she says, just like Kilic and Özdemir, she isn't going to allow her politics to be dictated from 2,000 kilometers away by Turkey. She finds it personally insulting when she is insulted as a traitor, she says. "But I am a German politician and I work here. That's what matters." 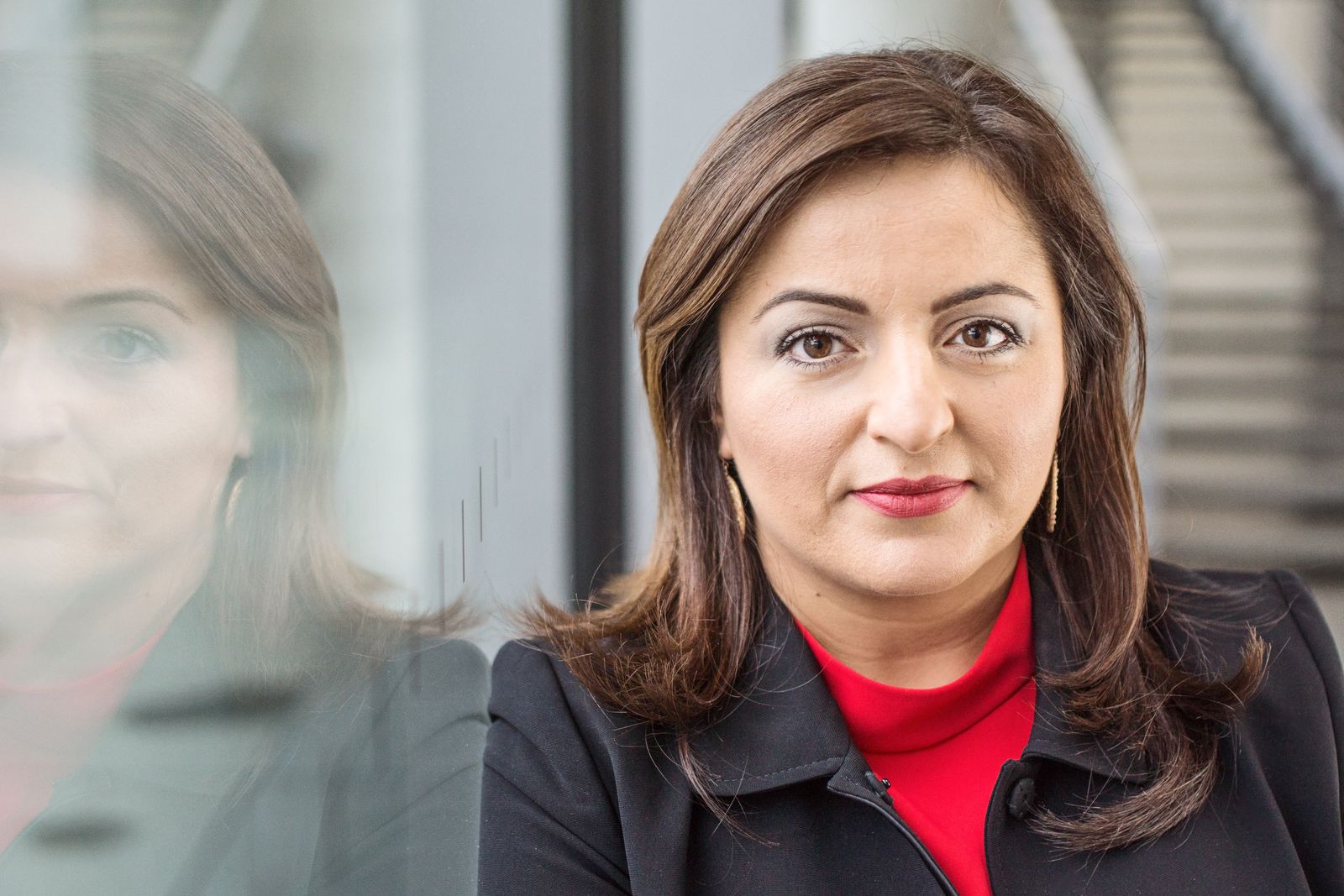 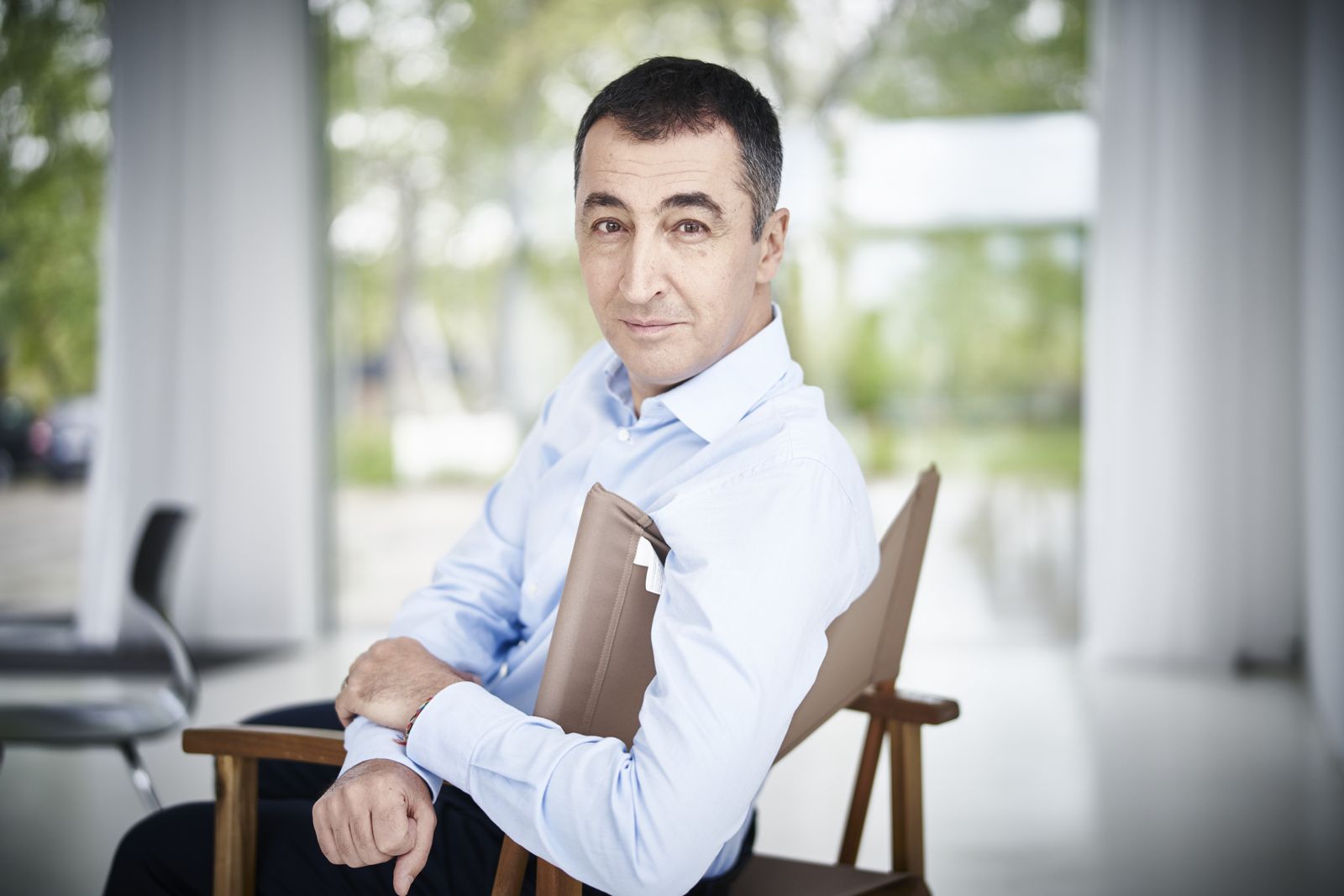 Green Party co-head Cem Özdemir is accompanied by bodyguards everywhere he goes as a result of threats relating to his criticism of Erdogan. 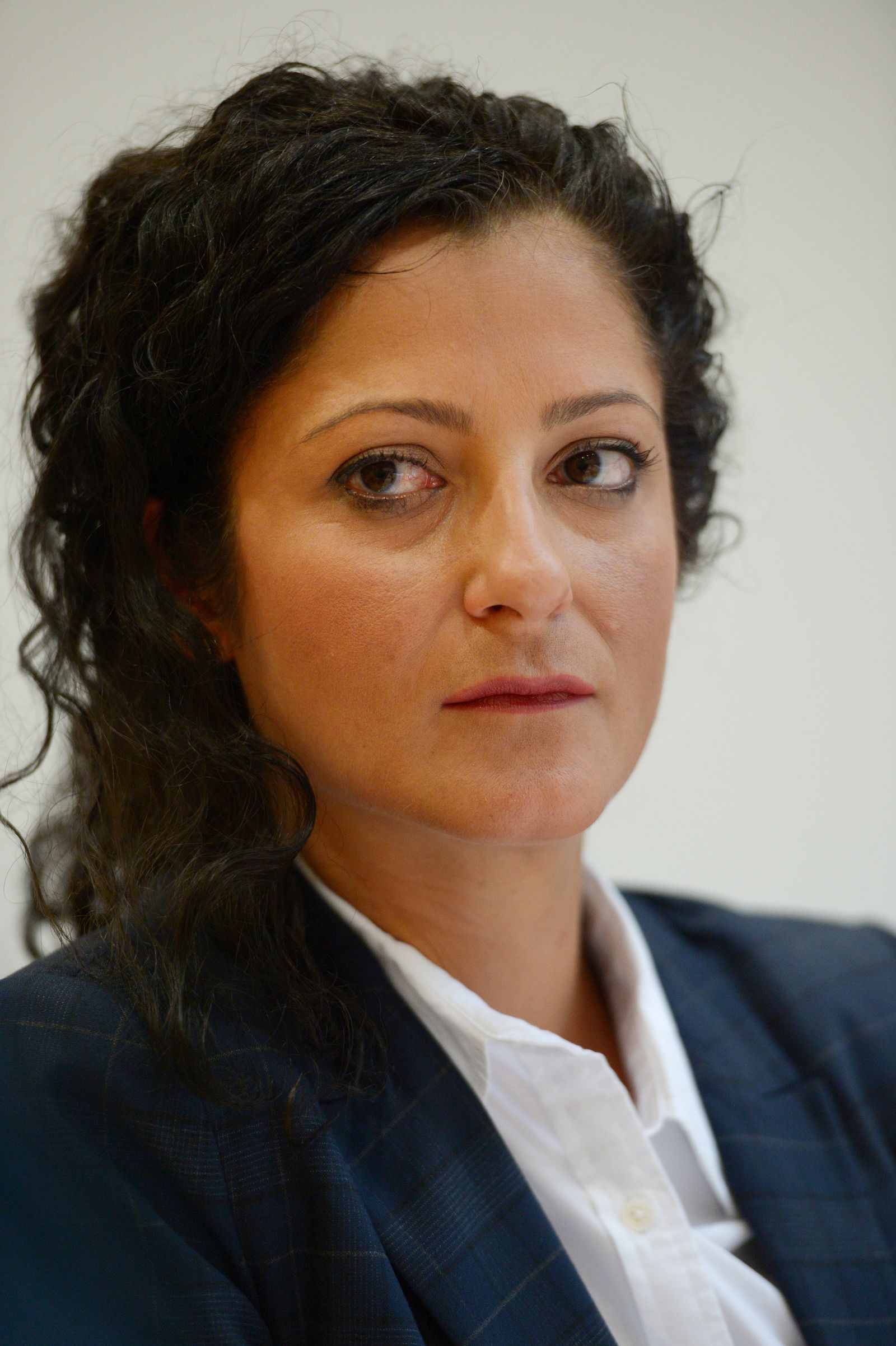 Cansel Kiziltepe is a member of the German parliament with the center-left Social Democrats. She required bodyguards temporarily after voting in favor of a resolution classifying the early 20th century massacre of Armenians in the Ottoman Empire as "genocide."