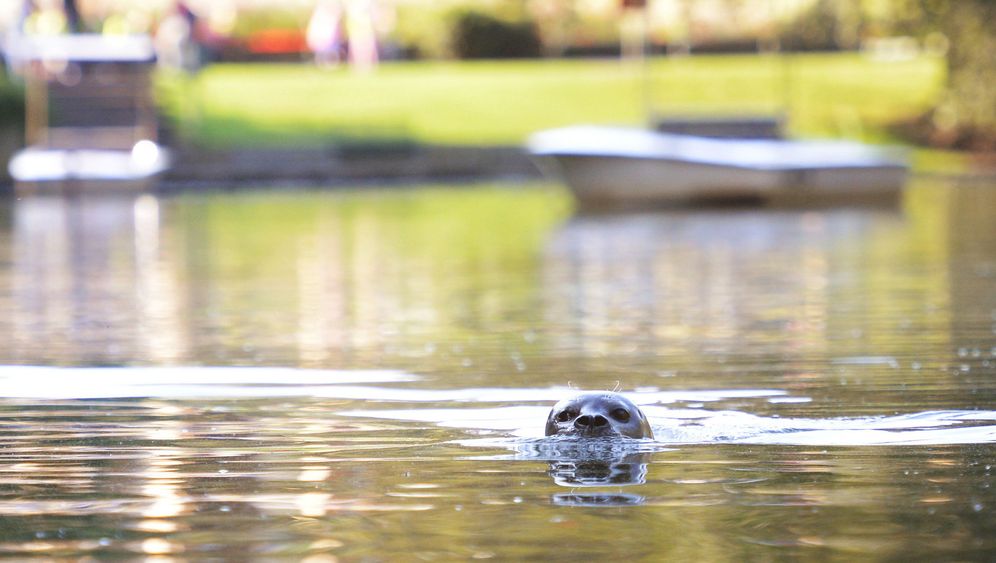 A seal at a German zoo has quickly become the main attraction after escaping her enclosure and making herself at home in a nearby pond.

Some three weeks ago, Zola managed to wiggle out of her enclosure and flop a short distance across to the Karlsruhe Zoo's "swan pond." Since then, she has evaded capture, happy to splash around the pond, which is also inhabited by turtles, fish, ducks and swans, of course.

Word of the spirited seal's adventure in the southern German city has spread, and now there are reportedly long lines of people waiting to catch a glimpse of her. But many have left disappointed. Zola prefers to wait until visitors leave for the day to come out and frolic, zookeeper Irene Schicker-Ney told news agency DPA on Thursday.

She reportedly enjoys swimming around in solitude, and gardeners say they have even seen her spend the night in one of the boats that visitors can use to ride across the pond.

Since she's not used to the freshwater environment, her caretakers are feeding her salty fish each day to make sure she gets enough salt. And because she is still untrained and shy, they are also taking their time in luring her back to her original enclosure, bringing her further onto land each day.

In the meantime, she's sparking plenty of new interest in the zoo.