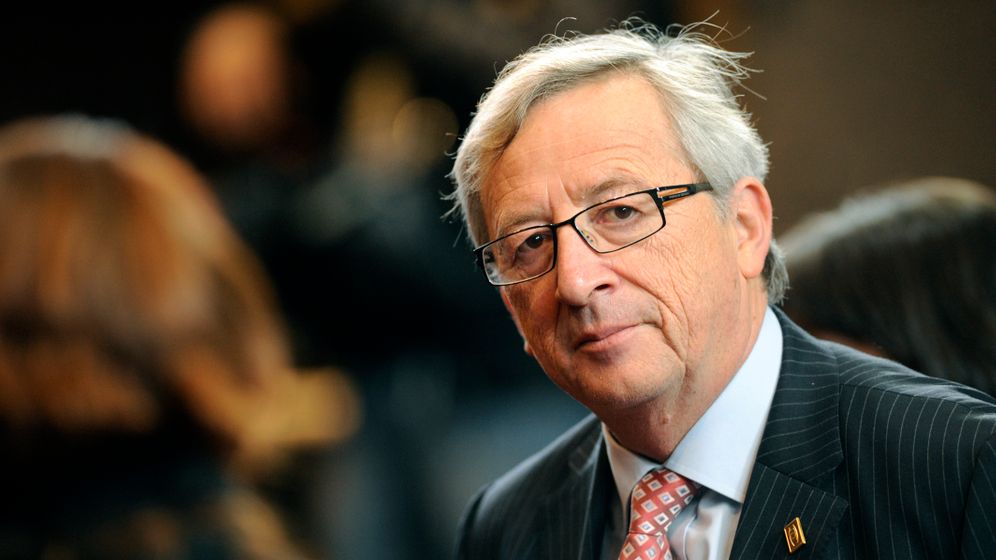 Juncker: What do you mean?

SPIEGEL: When referring to the most recent meeting in Brussels, some say that German Chancellor Angela Merkel made substantial concessions to the southern countries, while others claim that no concessions were made at all. Who's right?

Juncker: We achieved good results at the summit, results that we developed collectively and for which we are collectively responsible. I don't see that the chancellor quietly gave her blessing to everything that was presented to her. The German press's blanket interpretation of the results of the summit was completely wrong. Mrs. Merkel didn't fail; instead, she succeeded in cooperation with others.

SPIEGEL: But it's indisputable that Spain is getting more time for its austerity program. Besides, the chancellor agreed to a loosening of the requirements for European banks and governments to receive money from the European bailout funds in the future. She was opposed to that before the summit.

Juncker: I think it's a bad idea to compare the results of euro summits with earlier statements. The fact is that we were able to make our tools to rescue the euro more efficient. It's also a fact that there was no significant curtailing of conditions for aid to countries in crisis. This was particularly important to the Germans and, in that respect, Merkel did prevail.

SPIEGEL: It is odd, though, that Italian Prime Minister Mario Monti behaved like a winner after the summit and bragged that inspectors from the troika of the International Monetary Fund (IMF), European Commission and European Central Bank (ECB) would never be spotted in his country.

Juncker: The use of EU summits to frame political victories or defeats is an annoying habit. It's important to recognize that we in Europe will either succeed together or fail together. Everyone attending the summits assumes that Italy won't need the bailout funds in the first place. If it does happen, contrary to expectations, Italy will also have to submit to the established European monitoring procedures.

SPIEGEL: Apart from the German-Italian disputes, the summit didn't make much of an impression on the financial markets. After a brief respite, interest rates for Italian and Spanish bonds have returned to crisis levels. Why can't Europe find a way out of this vicious circle?

Juncker: I would caution against putting too much stock in the short-term assessments of the financial markets. The most important outcome of the summit was that Europe's politicians managed to agree, for the first time, on a long-term structure of the euro zone: joint banking supervision and enhanced cooperation in fiscal and budgetary policy. I'm confident that this realization will take hold in the markets sooner or later.

SPIEGEL: After two-and-a-half years of crisis policy, we see things differently. The number of troubled countries is growing, the bailout funds are getter bigger and politicians are divided. Are you seriously calling this progress?

Juncker: Absolutely. Contrary to your distorted portrayal, European politicians have actually proven to be capable of taking action and making decisions during the crisis to a degree that I wouldn't have expected. I've been in this business for 30 years, but I can't recall another time when Europe was capable of making such sweeping decisions as in the last three years. Do you want examples?

Juncker: Europe got extensive aid and reform programs off the ground for Greece, Ireland and Portugal; we have established completely new foundations for cooperation in fiscal, debt and budgetary policy; and we are in the process of developing a sustainable solution for the Spanish bank problem.

SPIEGEL: You're whitewashing the situation. In the southern countries, the population is rebelling against austerity policies. And in creditor countries like Germany, people are unwilling to add to the existing liability risks of several hundred billion euros. Don't you have the feeling that we've reached the end of the flagpole?

Juncker: ... and, as such, I didn't fail to notice that you placed an obituary for the euro on the cover page a year ago. That's why I'd like to turn the question around and ask you: Aren't you under the impression that SPIEGEL sometimes makes overly hasty judgments when it comes to the euro?

SPIEGEL: We warned that the euro could come to an end, unless politicians finally did something about it.

Juncker: As you can see, the euro still exists. So we can't have done everything wrong. Of course, I notice that people ask justifiable questions, given the amounts in question. That makes it all the more important to explain our actions to them.

SPIEGEL: German President Joachim Gauck said there are some shortcomings in this regard, especially when it comes to the German chancellor. Do you share his view?

Juncker: There's no way I'm going to get involved in the dialogue between German government bodies. It's true that all European politicians have to be more effective at explaining to people what's at stake. If the euro zone collapses, the expected losses would exceed the liability amounts you mention many times over. As far as I'm concerned, there is no question that we have to do everything possible to preserve the common currency.

SPIEGEL: It isn't just about money. Germany's Federal Constitutional Court is currently debating whether the bailout funds jeopardize democracy by excessively curtailing the scope of national politics. Is this concern justified?

Juncker: Of course it's justified. But the question doesn't just arise in Germany. The constitutional issue is also being raised in other euro countries. In Estonia, the country's supreme court reviewed and then endorsed the bailout fund. That's why I don't think that the Karlsruhe judges will stop it.

SPIEGEL: But it will certainly be delayed because the court wants to take until the fall to conduct its review. Will this create problems?

Juncker: It certainly isn't helpful. But who am I to criticize German constitutional court judges? They are the masters of the process, and I think they are aware of our time constraints.

SPIEGEL: Germany wasn't the only place where people were upset about the outcome of the summit. In Portugal and Ireland, for example, many wonder why they should strictly adhere to requirements while more lenient conditions are now being applied to Spain and Italy. Can you understand that?

Juncker: That's precisely why our summit statement includes a sentence stating that countries in a similar position must be treated equally. I attach a great deal of importance to this principle.

SPIEGEL: Does this mean that Portugal and Ireland can hope for the same relief that's been made available to Spain and Italy?

Juncker: Portugal and Ireland are fulfilling the European requirements in an exemplary manner. Both countries have been very successful at balancing their budgets. For that reason, they are entitled to be subject to the same rules that apply to others as long as their situation is comparable to the situations of others.

SPIEGEL: Greece is also asking for more time to implement the planned reforms. Are you willing to negotiate?

Juncker: The troika will submit its report on Greece in September, and then we'll address the issue.

SPIEGEL: But the report's conclusions are foreseeable. Greece is falling far behind the reform targets. If you grant the government in Athens yet another deferral, you won't be able to avoid additional aid. Wouldn't it be better for the country to withdraw from the currency zone now, at least temporarily?

Juncker: The fact is that the Greek government has not implemented the program as agreed. This had to do with the elections and the suspension of the privatization program. It's also clear that it will cost money if we give Greece more time to reach the agreed goals. This leads to two questions. First, are the Europeans prepared to pay the additional costs? Second, will the International Monetary Fund remain on board? Before these things are clarified, I can't answer your question.

SPIEGEL: Your own finance minister, Luc Frieden, says that we ought to think about the "geographic composition" of the euro. What does he mean?

Juncker: You'd have to ask him. There is a proposal to divide the currency zone into a north and a south euro. There is also the idea of setting up a core monetary union in the middle of Europe. I disapprove of these debates. Instead, we should devote all of our efforts to supplementing the monetary union with a political union.

SPIEGEL: You and the presidents of key EU institutions presented relevant proposals at the summit. To summarize: Important powers in fiscal policy would shift toward Europe, and debt securities like euro bonds would be introduced in return. Are you satisfied with how European leaders reacted to your ideas?

Juncker: There was considerable agreement over our proposal to establish a European banking union. But some of the other proposals were more controversial.

SPIEGEL: You can say that again! Germany, Finland and the Netherlands are strictly opposed to joint debt, while France and others are bristling against a transfer of sovereignty to the European level.

Juncker: But the two things belong together. You can't have euro bonds without more interconnection among the national budget policies.

SPIEGEL: The chancellor said that there would be no euro bonds for as long as she lives. You are exactly the same age as Merkel. Would you sign on to that pledge?

Juncker: The future will show who was right. I'm convinced that, in the long term, a monetary union includes a joint debt policy under strict, mutually agreed upon conditions. To that end, we submitted our concepts at the summit.

SPIEGEL: You propose that the governments should only be allowed to take on new debt within narrow limits, and that anything exceeding those limits would have to be approved at the European level. The question remains, how do you intend to democratically validate this shift of decisions to Brussels?

Juncker: It's a real problem. We have to redraft the parliamentary structures of the monetary union. It would make sense to entrust the European Parliament with portions of budgetary control. But I don't see a willingness to do so in the majority of capitals at the moment. That's why the national parliaments have to be incorporated more deeply into this task. It would also make it easier to explain to citizens if their directly elected election-district representative determined what happened to tax money.

SPIEGEL: What can be done to make Europe more appealing to people once again?

SPIEGEL: Wouldn't there have to be a European finance minister, as well?

Juncker: That would make sense. On thies issue, there are also possibilities within the existing EU treaty. The position of EU commissioner for economic and monetary affairs could be combined with the office of Euro Group chairman. That job would be a great challenge for anyone who assumed it. On the one hand, he would have to make proposals. On the other hand, he would have to negotiate compromises with his European counterparts.

SPIEGEL: Wouldn't that be a job for you? After all, you were re-elected at the last Euro Group meeting, even though you actually wanted to step down.

Juncker: Absolutely not. After my election, I immediately announced that I would not be available for the entire term. I hope that a successor is found by early 2013.

SPIEGEL: According to Merkel's and French President François Hollande's plans, German Finance Minister Wolfgang Schäuble would assume the position initially, to be replaced later on by his French counterpart, Pierre Moscovici. How do you feel about the idea?

Juncker: I don't know what exactly Mrs. Merkel and Mr. Hollande discussed. Decisions can only be reached in Europe if France and Germany agree. But it's also true that going it alone doesn't make you very popular with the other member states. To put it clearly: In my view, Schäuble meets all the requirements to become head of the Euro Group.

SPIEGEL: Prime Minister Juncker, we thank you for this interview. 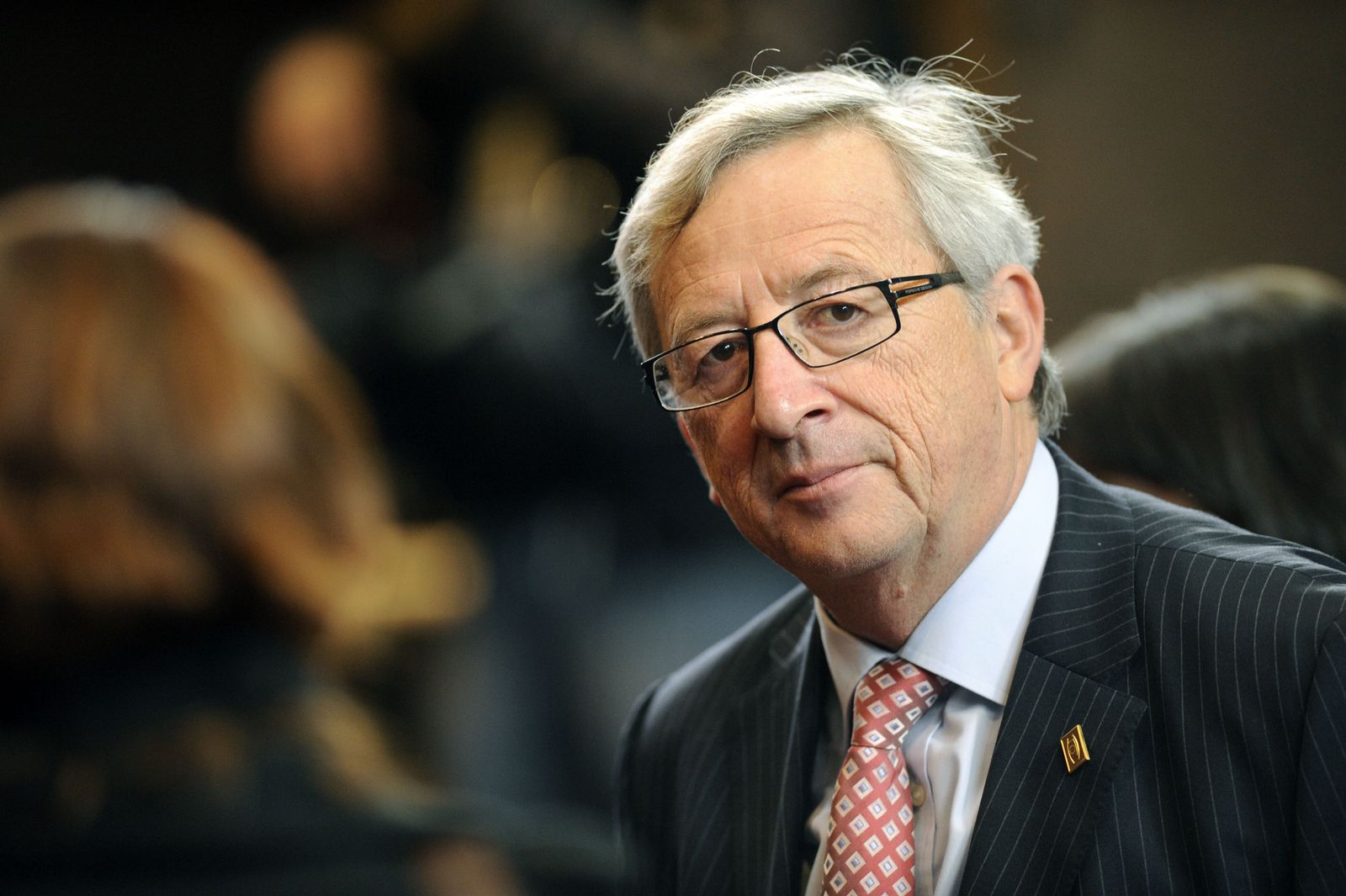 Euro Group President and Luxembourg Prime Minister Jean-Claude Juncker: "The euro still exists, so we can't have done everything wrong."