The debt crisis has been a tough test of endurance for Europe. To better face such challenges in the future, German Finance Minister Wolfgang Schäuble wants to forge a new European Union treaty, the mass-circulation daily Bild reported Friday.

According to the report, Schäuble clarified his plan during a closed-door meeting of leaders of his conservative Christian Democratic Union (CDU) and its Bavarian sister party the Christian Social Union (CSU) on Thursday evening. Shifting greater powers over economic and financial policy to Brussels is necessary, he said according to the paper, "even though we know how difficult a treaty change will be."

Schäuble also acknowledged that such reforms would create a significant divide between the 17 European Union countries that use the euro and the remaining 10 that do not.

The EU treaty, signed in Maastricht in 1992, went into effect in 1993, and subsequent changes to the document have proven arduous and complicated. The most recent example was the signing of the Lisbon Treaty, which went into effect only after a protracted ratification process that was slowed by heated debate in individual member countries. One major stumbling block was the rejection of the treaty in a 2008 Irish referendum, which was reversed the following year in a second vote.

Schäuble's ideas are also likely to encounter major reservations within Germany's federal parliament, the Bundestag, where some politicians already feel they've been left out of the government's decisions over the euro bailout funds. But the finance minister has already warned politicians that the euro-zone bailout packages established by the European Financial Stability Facility (EFSF) backstop fund must have the ability to react quickly to financial market developments. He has appealed to the parliamentary groups of Germany's major political parties to use their powers of co-decision responsibly.

Meanwhile, CDU party leader and Chancellor Angela Merkel urged for a solution "in line with market conditions" on Thursday. The chancellor said she would "find ways to ensure that the parliamentary co-decision would be made in a way that also nevertheless conforms with the markets." She added that financial policy-makers within her center-right coalition had confirmed to the chancellor that "they are aware of this responsibility." Merkel also reiterated that the right to determine budgets is the "core right" of parliament. With the growing size of the euro bailout funds, many in parliament are concerned that it rescue of the euro will limit their ability to determine Germany's federal budget.

Merkel's cabinet has already agreed on the law necessary to expand the EFSF, a change which must be agreed to by all euro-zone governments. But the question as to how much influence the German Bundestag might ultimately have over EFSF bailouts has been the source ongoing debate. The Bundestag has so far had very little influence on decisions made by Merkel and her government regarding the bailout packages for heavily indebted euro-zone countries.

During the meeting on Thursday, leaders of the CDU/CSU's party group in parliament demanded a vote in the Bundestag on any budget-related actions taken by the EFSF. According to their guidelines, if an EU member requires a bailout or other EFSF-related measures that would effect the German budget, the country's leaders would only be allowed to approve them after being given a green light from the Bundestag.

Next Wednesday, Germany's highest court, the Federal Constitutional Court, is expected to rule on a legal challenge against the euro bailout package. Many observers believe the court will approve the bailout measures, but that it will also require greater parliamentary consultation from the government for future bailouts. 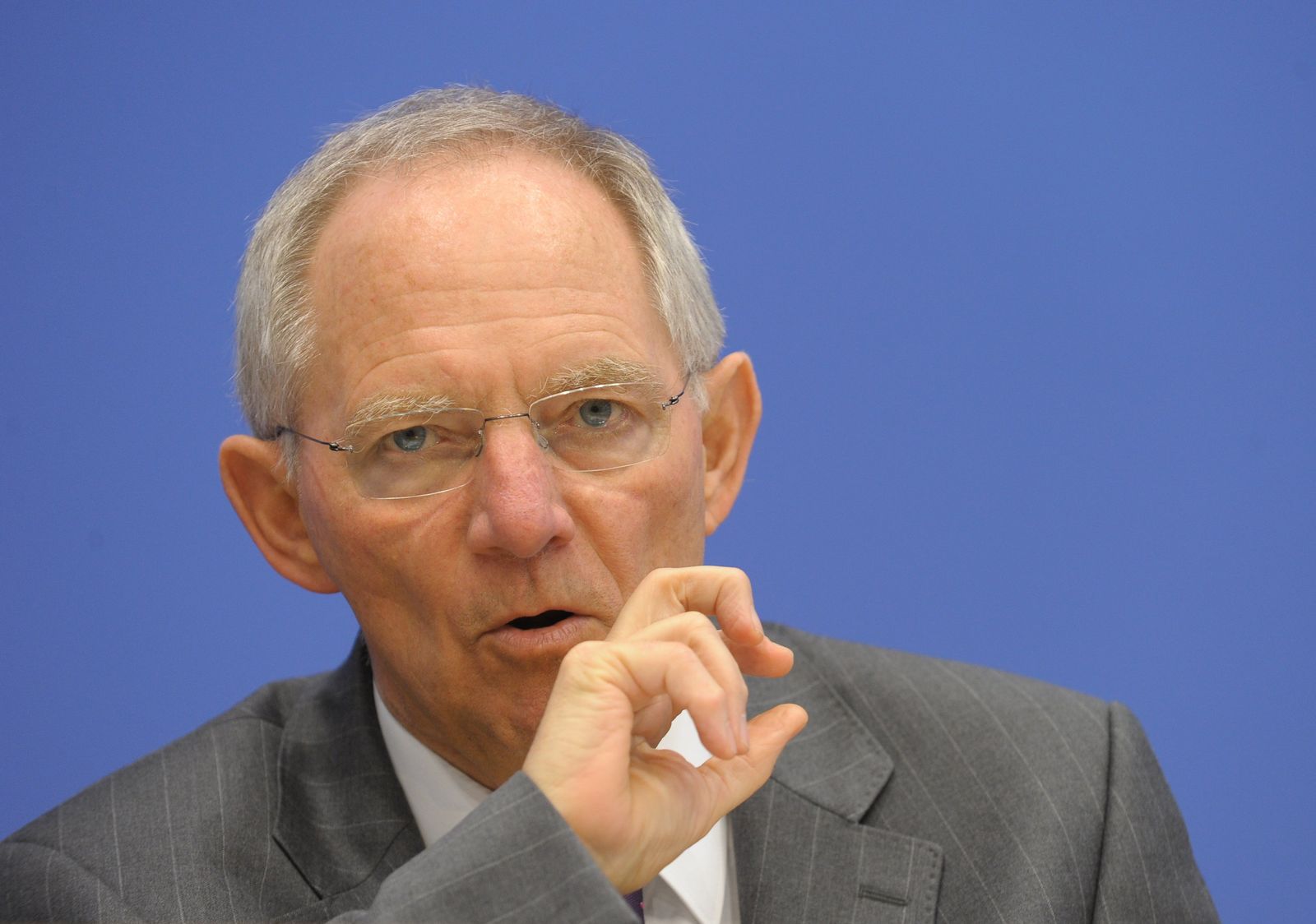 Schäuble is likely to be met with massive resistance to his new plan.