"It's not that bad in Germany." "Just a few skinheads in the east." "All one-offs." By this point, after tens of thousands of people demonstrated against racism in Berlin, Hamburg, Frankfurt and other German cities over the weekend, and after people of color shared their experiences with everyday racism in Germany in the media, it should be clear to everyone that racism is not a series of isolated incidents. Everyone who is not part of the white majority has experienced racism in one way or another. Racism hurts. It divides. It kills. And it affects millions of people. In Germany as well.

But it took the murder of George Floyd in the U.S., an 8 minute and 46 second-long battle with death that was captured on video, to spur a real debate that we should have been having all along: How racist is Germany? And what are we going to do about it?

There have been far too many incidents that could have sparked such a debate in modern German history. And it's hard to accept that it took us this long to start talking about the problem properly. We're not the U.S., but Germany, too, has its George Floyds. In 2005, a man named Oury Jalloh was burned alive while tied to a mattress in his jail cell at a police station in Dessau. In 2001, a man named Achidi John died after police force-fed him a vomiting agent. In 2019, William Tonou-Mbobda died in a Hamburg hospital after being violently restrained by security personnel. The initiative, "Death in Custody," tries to establish how many people of color have died since 1990 in police custody or from police bullets. The preliminary count: 159, though the causes of many of those deaths have yet to be formally established. According to the German government, nearly 100 people fell victim in the same time period to far-right violence. Mölln, Solingen, NSU, Hanau -- there was always outrage, and often protests, but a movement never coalesced. And politicians never reacted with bold measures aimed at fundamental change.

Instead, many of these cases disappeared from the public eye. They were often unsolved, filed away as tragic one-offs. A perpetual trivialization, one in which anyone isn't white must despair in the realization: It could just as easily happen to me.

Now the time has come: We're talking about the fact that such violence does not just come out of nowhere. And a large swathe of the population is listening. That's new. Researchers who study protest movements speak of momentum, similar to the kind found by climate demonstrators who mobilized millions of people around the world last year under the "Fridays for Future" banner and who managed to put climate change on the political agenda. This could be another such moment.

But where to start? The spectrum of experiences with racism is wide and Germany must confront the issue on multiple levels. For instance, there's the experience of the only man on a full train who is controlled by police. Or the experience of the child whose hair strangers touch without asking. There's the soccer player who is escorted out of a stadium while people in the bleachers make monkey noises. Or the actor who only gets cast as a refugee. Or the mother who can't find an apartment. Or the trainee who can't find a job because of the color of his skin.

The city of Berlin passed an anti-discrimination law last week that also targeted the discrimination of citizens at public agencies. What followed was reflexive opposition from the police and conservative politicians. It was a predictable response, one seen all too often when it comes to racism. But it's not about placing entire institutions, like the police, under "general suspicion," as critics would contend. Rather, it's about effectively protecting people, which is supposed to be the primary duty of the police. Germany must take another look at its bureaucracies, courts and curricula. Independent ombudsmen and ombudswomen must be appointed. More money must be allocated to anti-racist organizations. And there must be reliable investigations and prosecutions in cases of racist discrimination and violence.

Beyond that, every citizen has the responsibility to think critically, to inform themselves and to stand up for others. Sooner or later, racism affects everyone. At the very latest, this will happen when we ask ourselves in what kind of society we want to live. 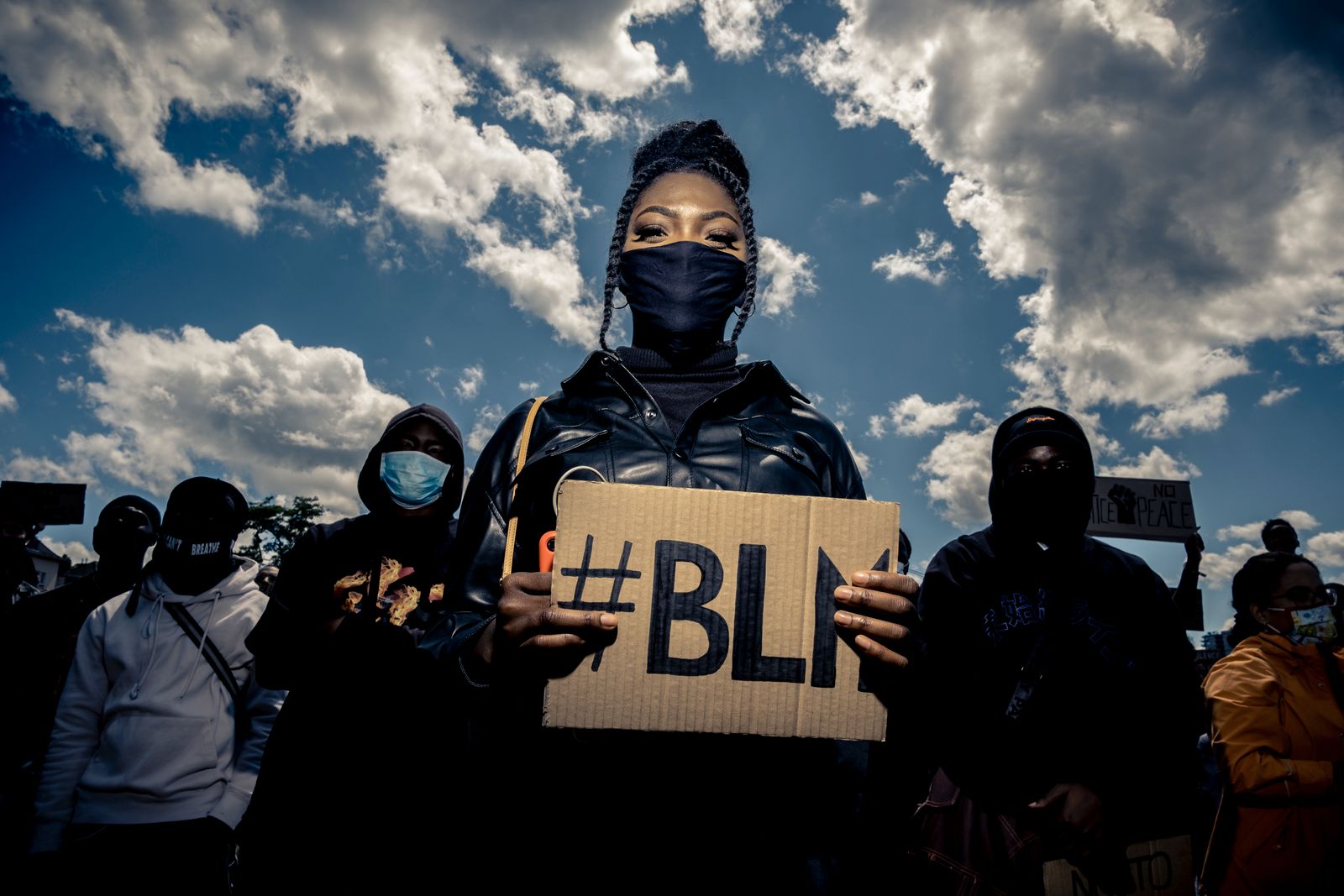 A #BlackLivesMatter protestor in Cologne, Germany