Karl-Theodor zu Guttenberg has reason to be cautious. State prosecutors are still investigating more than 100 claims connected to allegations that he plagiarized large chunks of his doctoral dissertation. Once Germany's most popular and promising politician, the scandal forced the member of the Bavaria's conservative Christian Social Union to step down from his post as defense minister on March 1. His alma mater, the University of Bayreuth, later stripped him of his doctoral title, after a damning review of his work found that he had deliberately used text from various sources, including the academic service of the Bundestag where he was an MP at the time, without attributing it.

The 39-year-old has not made a public appearance since, fulfilling obligations to his other political posts in writing. Only his wife Stephanie faced the public briefly at the presentation of a new book on child abuse, one of her pet causes. But sources have told SPIEGEL that this summer the Guttenbergs plan to make a big change, moving abroad with their two young children.

Guttenberg has called the plan to leave Germany for at least two years a "sabbatical" in conversations with and emails to friends. He has also reportedly refused to rule out a return to politics at a later date.

The family will likely move to the US or London in time for their daughters to begin the next school year in the fall. But the former minister's many contacts in Washington make the US a more likely destination. He is known there as an advocate of US-German relations after taking part in a number of trans-Atlantic exchanges and holding high-profile talks at think tanks.

Moving to America in times of difficulty has become an informal tradition for German politicians. Current co-chair of the environmentalist Greens, Cem Özdemir, took a job at a Washington think tank after his personal use of frequent flyer miles earned on the job scandalized German newspapers. He later made a successful comeback.

Guttenberg, who resigned after just 16 months as defence minister, could be attempting a similar approach. Before the plagiarism scandal many expected the suave aristocrat to make it all the way to the chancellery.

But Guttenberg doesn't plan to leave too quietly. Before his departure he's likely to give a lengthy interview about the plagiarism affair, sources told SPIEGEL. 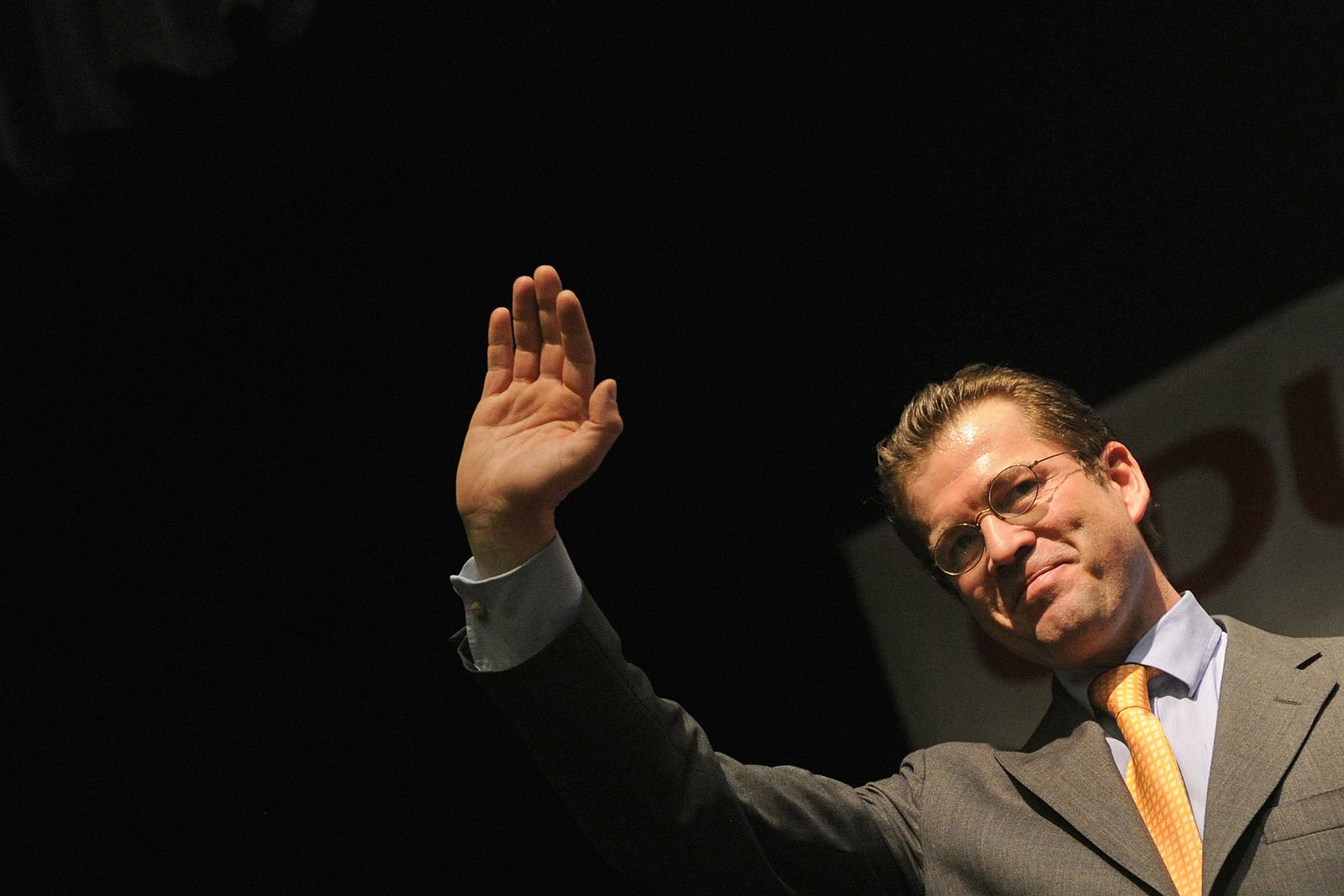 Guttenberg and his family are reportedly planning a fresh start abroad after his plagiarism scandal.