"Historical events occur twice -- the first as tragedy, the second as farce," Karl Marx once wrote. If the murder of German Federal Prosecutor Siegfried Buback by far-left terrorists in April 1977 was a tragedy, then the farce began this Thursday when Verena Becker, a former member of the Red Army Faction (RAF), appeared in a court in Stuttgart, charged with complicity in the attack on Buback, who died along with his driver and a judicial officer.

The last RAF trial was in 2004, when Andrea Klump was sentenced to 12 years in prison. The case against Verena Becker is likely to be the last major trial of a former member of the terrorist group, which officially disbanded in 1998. The RAF, which was allied with Palestinian terrorists, killed 34 people and injured scores more in bomb attacks and assasinations targeting top German civil servants and corporate executives as well as US military installations in strikes that shocked the world.

Former Berlin anarchist Becker will have to sit in the dock in a windowless multi-purpose hall at the Stammheim prison in Stuttgart that was specially built for the trials of RAF founders Andreas Baader, Gudrun Ensslin and Ulrike Meinhof.

Becker herself was previously sentenced to life in prison in Stammheim for shooting at police officers during her arrest in May 1977. She was later secretly paid for cooperating with the Federal Office for the Protection of the Constitution (BfV), Germany's domestic intelligence agency, and was pardoned by then German President Richard von Weizsäcker in 1989. She only served nine years of her sentence.

Although Becker was released on bail and the RAF no longer exists, the strict security measures still apply in Stammheim -- a macabre déjà-vu from an era when the RAF brought the former West Germany to the brink of a state of emergency in the 1970s and '80s and nervous politicians defended themselves against the "terrorist threat" with dubious judicial methods.

The Federal Prosecutors Office has spent the last two years investigating Becker, a 58-year-old practitioner of alternative medicine who is now living on social welfare benefits. The charges against her run to 78 pages. More than 33 years after the event Becker has been accused of being in favor of the murder, of being seen in Karlsruhe before the crime was committed and of sticking the stamps on the envelopes that contained the letters that claimed responsibility for the attack. There have also been notes from previous years indicating that Becker saw herself as guilty.

However, the prosecutors insist that Becker was not directly involved in Buback's murder. The charge states that three men carried out the attack on the morning of April 7, 1977 in Karlsruhe. One of them drove the Suzuki motorbike, another shot into Buback's car from the pillion seat, while a third drove the getaway vehicle.

The Federal Prosecutor's Office seems to be attempting to use the Becker case to revive their old and doubtful charges against other RAF members in the Buback murder. Just one day after the murder, the Federal Criminal Police Office and the prosecutors determined that RAF members Knut Folkerts, Günter Sonnenberg and Christian Klar were the attackers. Folkerts, who is accused of being the shooter, was sentenced to life imprisonment in 1980. Christian Klar and Brigitte Mohnhaupt also later received life sentences, in part for involvement in the Buback murder.

However, Mohnhaupt was in the Netherlands on the day of the murder, Folkerts in Cologne and Amsterdam -- at least according to ex-RAF member Silke Maier-Witt. Michael Buback, the son of the victim, has suggested that none of the three (Folkerts, Klar, Mohnhaupt) were on the motorbike. Buback, a chemistry professor in Göttingen, has complained of "false convictions." He is convinced that it was Becker who shot his father.

Buback, who has researched the matter for the past two years, says that 20 witnesses claim to have seen a diminutive person or a woman on the pillion seat of the motorbike. Furthermore, the police seized the murder weapon, a Heckler & Koch semi-automatic rifle, during Becker's arrest four weeks after the attack, as well as a screwdriver that came from the motorbike.

However, the prosecutors do not consider statements by witnesses who are only now describing their impressions as credible. Yet a number of witnesses, who Buback talked with, had already spoken in their 1977 statements of a petite person. Frankfurt-based lawyer Ulrich Endres, who represents Michael Buback as a joint plaintiff in the case, is to request to be allowed question these witnesses in the coming months.

It is paradoxical that the Prosecutor's Office is being so skeptical about the witnesses questioned by Buback and yet are calling on a number of witnesses in the case against Becker, who claim to have seen Knut Folkerts in Karlsruhe that day. Folkerts has stated that he was in Cologne and Amsterdam on the day of the attack. Furthermore, at the time Folkerts did not look the way he did on the wanted poster that witnesses were shown to help them recognize him.

Michael Buback is now on the brink of despair. He cannot understand how the former Federal Prosecutor Kurt Rebmann could have received indications from Becker's statements to the Office of the Protection of the Constitution that Stefan Wisniewski was the shooter, and yet not have launched an investigation. A so-far inconclusive investigation into Wisniewski was only launched in 2007 after the publication of a SPIEGEL article.

Buback also fails to comprehend how Rebmann, who has since passed away, could have allowed the documents from the Office of the Protection of the Constitution about Becker's statements to disappear. He also can't fathom why her statements about his father's murder are missing from the first summary of the discussions between Becker and the domestic intelligence agency.

Who Was the Shooter?

Then there is a statement by Becker to the Office for the Protection of the Constitution, that SPIEGEL reported on this week. According to the report, Becker had claimed that at the time of the attack she was visiting Palestinian comrades in the Middle East with Brigitte Mohnhaupt. However, since Mohnhaupt was in Amsterdam on the day of the murder, this must be a false claim.

The court in Stuttgart will now attempt to solve this puzzle. The legal proceedings will be made yet more difficult by the fact that all former RAF members refuse to make any statements, apart from Silke Maier-Witt and Peter-Jürgen Boock, who were both in Amsterdam on the day of the murder. Both believe, according to information obtained by SPIEGEL TV, that Stefan Wisniewski was the shooter. Günter Sonnberg must have been the motorbike driver, Boock told the prosecutors and Christian Klar drove the getaway car.

Michael Buback will in any case be disappointed, because Verena Becker is not going to be convicted as the shooter. The Federal Court of Justice has already stated that Becker should only be charged with aiding and abetting rather than being an accomplice. The Stuttgart judges will hardly be able to find her guilty of complicity based on the evidence that will be presented.

If she is found guilty then the court has to make "hardship allowances" for the fact that Becker has already been sentence to life due to her crimes as an RAF member.

Atonement in the form of a long custodial sentence, such as that envisaged by conservatives, is not likely. But 33 years after the murder, who would it serve if Becker were subjected to 1970s style justice, with a draconian sentence on the basis of doubtful evidence? 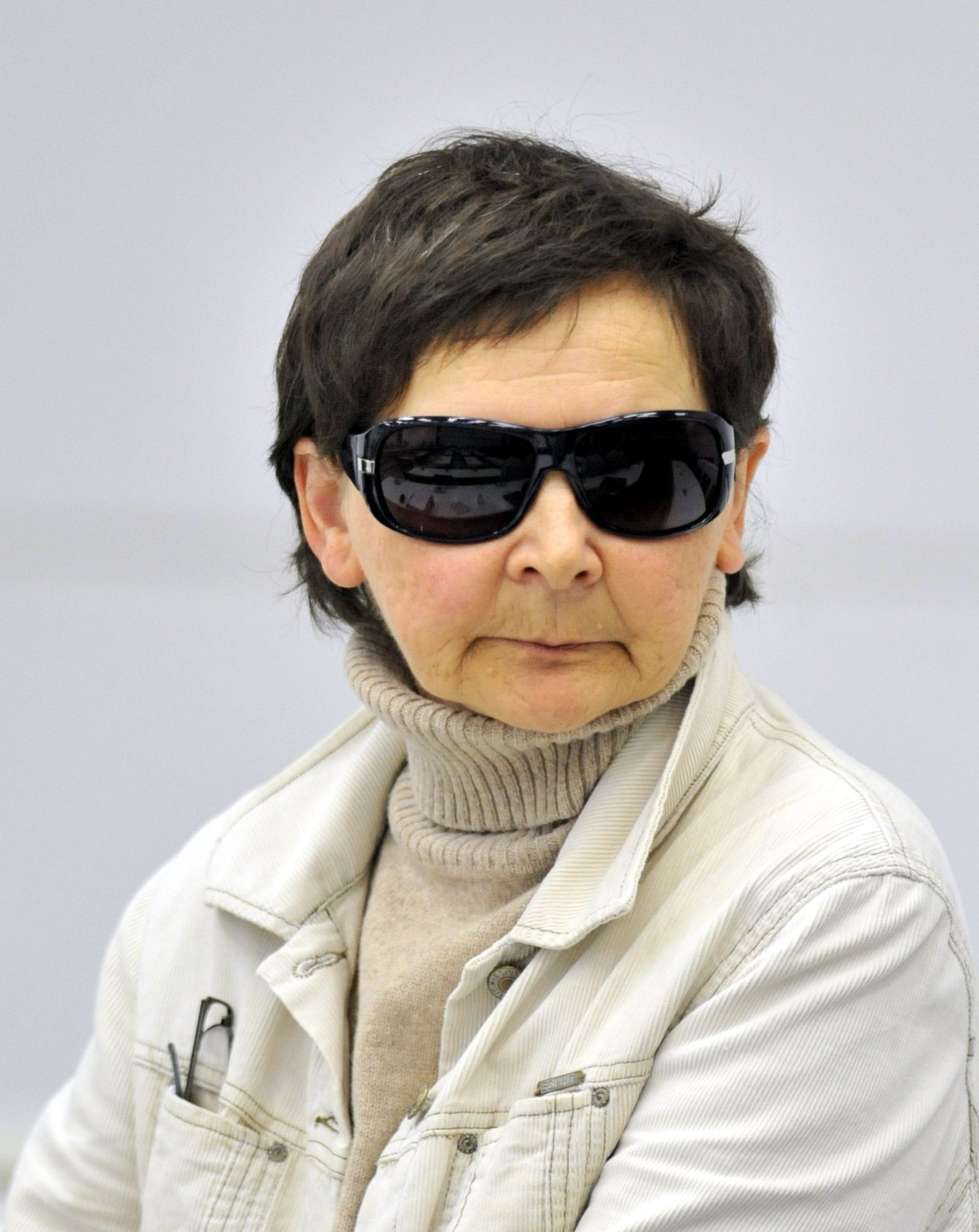 Verena Becker in court on Thursday: Her trial is likely to be the last of a fomer member of Germany's Red Army Faction terrorist group.