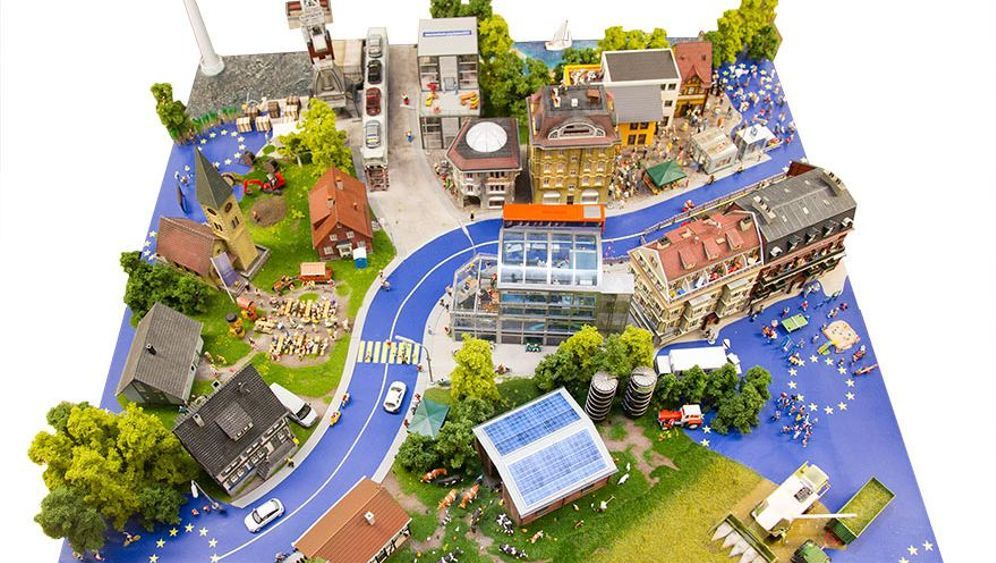 Because of the way Germany's electoral system works, parties can rarely realize their political visions without having to make concessions to at least one coalition partner. But recently, Miniatur Wonderland, a Hamburg miniature railway museum, gave the country's main political players the opportunity to create their very own model of a perfect Germany in the run-up to the election.

Parties from across the political spectrum were given one square meter (11 square feet) of "land" to show off their visions for a future Germany in model-railway scale. The six models created by the conservative Christian Democrats (CDU), their Bavarian sister party the Christian Social Union (CSU), the center-left Social Democrats (SPD), the Green Party, the business-friendly Free Democrats (FDP) and the far-left Left Party will be shown in Hamburg from Sept. 10 through to election day on Sept. 22.

The exhibition was first held four years ago as an attempt to familiarize voters with political concepts ahead of the 2009 general election. "In times of political apathy, I would like our visitors to gain a completely different, entertaining insight into political parties and election manifestos," Frederick Braun, co-founder of Miniatur Wonderland, told reporters on Tuesday. The organizers have also injected a degree of competitiveness into the project: until Sept. 20, visitors will have the opportunity to vote for what they see as the most riveting utopia.

Having invested a total of 4,000 hours into the project, the parties created models that mirrored their own specific policies. The Christian Democrats' heavily featured the European Union flag and a black policeman guiding children and elderly people across a road suggested successful integration. The CSU, meanwhile, pictured a return to traditional Bavarian ideals, with miniature Germans enjoying the region's annual Maypole festival.

The business-friendly FDP -- currently still in a coalition with the CDU -- envisioned a debt-free Germany, symbolized by a giant zero in the middle of a bustling market square. Their model of a perfect Germany also featured gay parents standing in line to donate blood -- a manifestation of the party's traditionally liberal stance on gay rights. (Gay men are currently not allowed to donate blood and same-sex couples do not have the right to adopt in Germany.)

Taking a more abstract approach, the SPD's miniature utopia featured a series of model citizens building a bridge to close the gap between "education" and "equal opportunities." It also included model Germans climbing up a miniature "education staircase" carved from the inside of a book in order to improve their living standards.

Elsewhere, the Green Party -- which has recently been dwindling at the polls -- showed its commitment to sustainable energy and agriculture. The party also turned the challenge on its head by including a delapidated headquarters of the right-wing extremist National Democrats (NPD). An elderly lady, among others, was shown engaging in what looks like a violent confrontation outside the NPD building.

The Left Party's model also included a dystopian element: a giant surveillance center allowing the government to spy on ordinary citizens -- no doubt a reference to the NSA surveillance scandal that has rocked Germany in recent months.