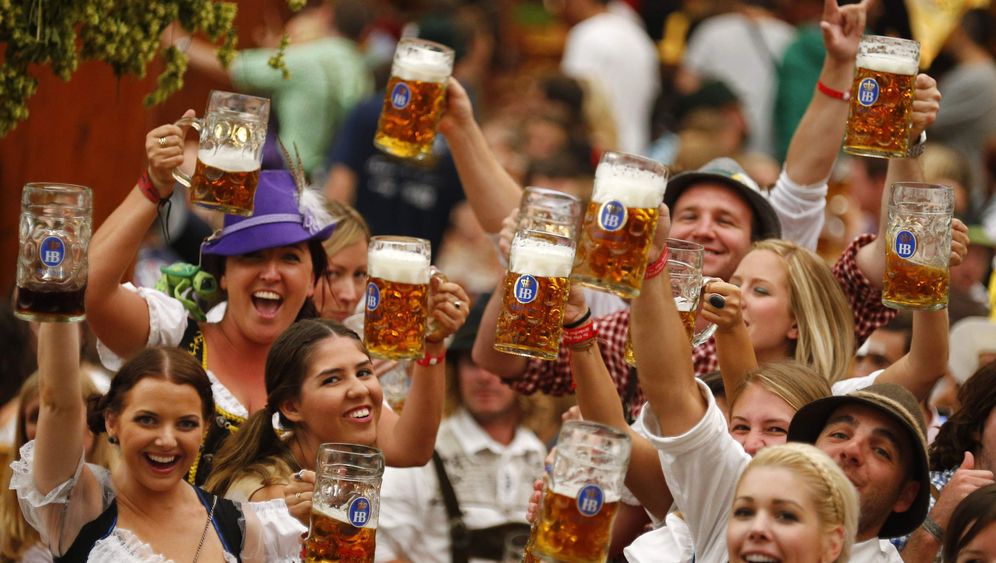 Photo Gallery: Getting the Most Out of Oktoberfest

With Munich's annual Oktoberfest beer festival beginning this weekend, locals are gearing up for two weeks of partying Bavarian-style. But tourists heading to the Wiesn festival grounds face a few logistical challenges.

Upon arriving at the enormous event, they may find themselves asking a few questions. Which beer tent is the best? What's the proper way to wear lederhosen and dirndls, the male and female versions of the traditional Bavarian attire known as Tracht? And once you've got your outfit on, how do you even get inside one of the crowded tents?

Native Munich resident and journalist Sonja Still addresses such issues in her new Oktoberfest guide, "Wiesn 2013." These include beer bench etiquette ("Squeeze close, make a toast and celebrate together!") and the event's most important smartphone app (which translates insults from Bavarian German to High German). The book also highlights some historic Oktoberfest tidbits, such as how Albert Einstein worked there as a student screwing in light bulbs. "If he could only see the sea of sparkling LED lights today," Still muses.

Packed beer tents can ruin the Oktoberfest experience for those who don't come prepared, and reservations are highly recommended. But there is still hope for those who fail to plan ahead. On the weekends, half of the tent spots remain reservation-free until 3 p.m., after which 35 percent are still open. And this year, the city of Munich has made sure that an additional 150,000 tent seats were left open to spontaneous guests.

"The aim is to prevent the folk festival from turning into a private event," says Still. "Naturally, there's the occasional regular guest who gets upset about that, but they are in the minority."

Nevertheless, reservations are a good idea, particularly for those traveling in large groups. "It can be worth it to ask directly at the tents," says Still. "Even spontaneously." Companies that book well in advance often cancel their reservations, which, with "a little luck," can be snapped up by those who inquire with the tent hosts, ideally via email, she says.

Those who reserve their seats on the beer benches are not subject to fees, but are required to consume a minimum amount of beer and food. For a table of 10, this amount is usually between €400 and €500 ($534 and $668), or the equivalent of a roast chicken and two liters of beer, called Mass, per guest.

A number of online agencies ostensibly guarantee reservations in exchange for hefty fees of up to €1,600 per table, but Oktoberfest expert Still warns against these. "One shouldn't get mixed up with that," she says. "When the hosts find out that reservations have been brokered at exorbitant prices, they can possibly cancel them. And then the buyer is left standing outside a closed tent."

As for which tent visitors should choose, Still suggests trying one of the smaller establishments. "It doesn't always have to be one of the biggest breweries' tents with 10,000 seats," she says. "Visiting one of the smaller tents can be exciting, because they all have different specialties." There is the Wildstuben, which offers an excellent view of the Wiesn from its balcony. Then there is Bodos, where the barkeeps mix fancy cocktails after dark. At midday there is a band at Café Kaiserschmarrn, which specializes in pastries. And Café Mohrenkopf is home to the wildest parties for singles, though it's not officially billed as such, Still says.

There's also a certain code to help those singles know who's available once the beer has them feeling friendly. "Women who knot their apron ties on the right side signal that they are already taken," Still says. "If the bow is on the left side, it says 'I'm up for grabs'." This is not a dead tradition, either, she adds. "Today people look more closely at this than ever."

Having the right outfit is key. Buying cheap knock-off lederhosen or dirndls is frowned upon. But for those looking for something outside the box, some young new designers, such as Julia Trentini and Eva Violetta, have specialized in this area. These, however, will set buyers back several hundred euros.

"Those who are doing some last-minute shopping and don't want to spend too much would be wise to head to the Westend district, the Schlachthof quarter or Lindwurmstrasse," she says. But people who don't want to buy something they may never wear again also have the option of renting an Oktoberfest outfit. For men, the entire getup -- shirt, bandana, lederhosen, suspenders, socks, shoes and hat -- runs around €100. A women's ensemble -- dirndl, blouse, apron and ribbon necklace -- is around €60.

With its fried pork knuckles and excessive alcohol consumption, Oktoberfest is hardly a place for health nuts. But having calorie counts in mind beforehand can help revelers choose wisely from the smorgasbord, Still assures. Bratwurst on a roll? 560 calories. A portion of delicious Obazda cheese dip? 480 calories. A large pretzel? 625 calories.

"I was totally outraged when I found out how many calories are in a half roast chicken," Still says. "650!" Leaving the crispy skin off helps, she says. "But who wants to give up the best part of the meal?" Instead, Still recommends indulging during the festival and simply getting some exercise later.

13 Bilder Photo Gallery: Getting the Most Out of Oktoberfest 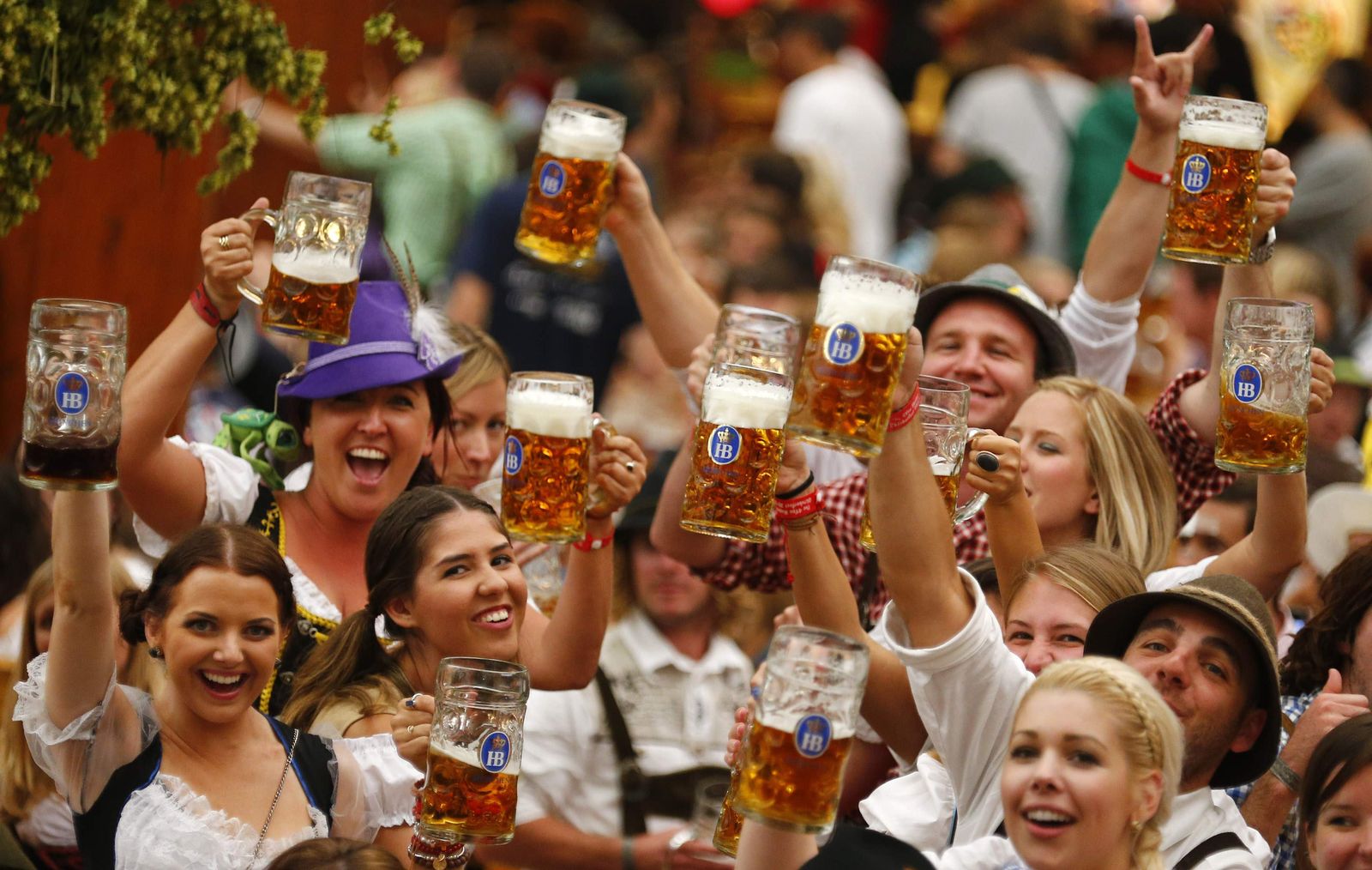 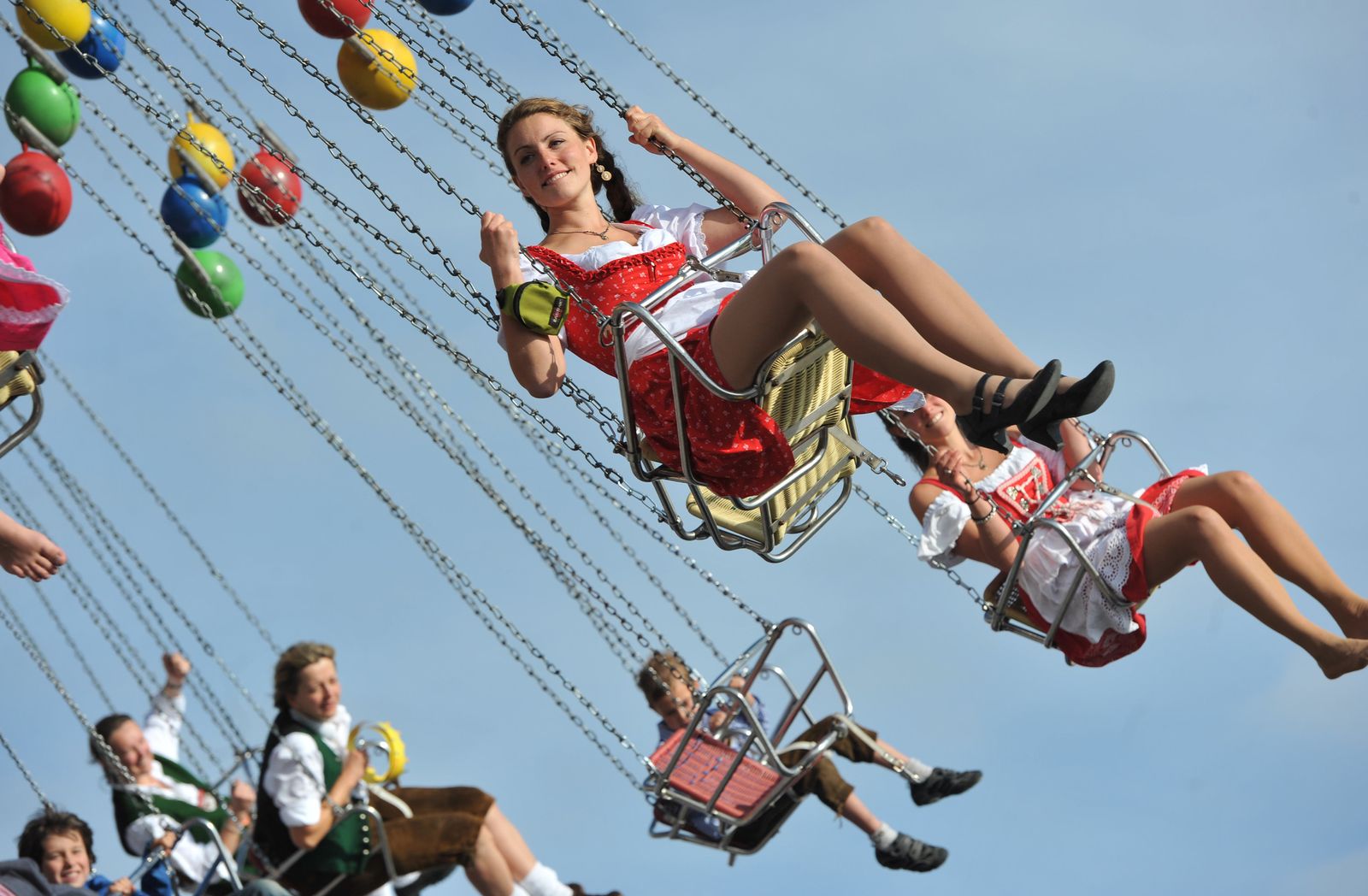 Not everyone is expected to show up dressed in traditional dress, known as Tracht. But it sure makes it a lot more fun. Buying cheap knock-off lederhosen or dirndls is frowned upon, but those who don't want to shell out too much cash can rent an outfit overnight.