On Tuesday of this week, German Chancellor Angela Merkel woke up to a radio interview with FDP General Secretary Christian Lindner. Lindner's party is Merkel's junior coalition partner, and his FDP has made her life difficult since elections last September by, among other things, pushing through a reduction in sales tax for hotel stays.

Merkel unwillingly went along with the cut, but on Tuesday, as she was sipping her coffee, she listened as Lindner called the move "a mistake." In an ensuing meeting with her coalition partners, her temper was fouler than it had ever been.

On Thursday, Merkel awoke to breakfast television describing to viewers how badly her power had been eroded on the previous day. Her center-right majority failed twice on Wednesday to elect her candidate for the German presidency, Christian Wulff. Only in the third round of voting did party discipline trump rebellion.

Another coffee. A strong one.

A Damper on Improving Moods

Originally, Merkel had hoped that Wednesday would put an end to the months of bickering that has characterized her governing coalition since it was sworn in last October. The timing would have been very convenient, had the vote gone well: The global economic recovery has boosted German exports; the feared "double dip" in the economy has not materialized; numbers released on Wednesday show that German unemployment is continuing to drop; and the euro crisis seems to have lost some of its momentum for now. The coalition could have entered the summer break in peace. There is even a chance that Germany could win the World Cup.

Wednesday's presidential election has put a damper on the improving moods in Berlin. The FDP's latest about-face on tax policy is sure to provide plenty of grist for political pundits during the summer holiday. The difficulty Merkel had pushing through her presidential candidate lays bare the lack of support the chancellor has from within her own coalition.

Merkel could take the easy road and try to pin the blame on others. She tried to do that in the debate over the hotel tax. She blasted the FDP for having insisted on the cut -- together with the Christian Social Union, her party's Bavarian sister -- against her will.

She could try to criticize the FDP for its efforts to present itself as innocent on Wednesday. The party insisted that it was unified behind Wulff, and that there were only a couple of renegades who voted for rival candidate Joachim Gauck.

But such a course of action would be a mistake. It would be wrong to act as she has in the hotel tax debacle -- as though her hands were clean. This is not a case of the tail wagging the dog. The situation she now faces is a direct result of her actions and her inaction. She is not a victim. Rather, she is a perpetrator.

The Question of Who to Groom

Merkel cannot credibly vent over the FDP's change of course on tax policy. There is always someone in favor of a nonsensical law, and someone who can prevent it. Merkel, though, did not prevent it. She appears to have reached the conclusion that she was unable to.

The search for a candidate to replace President Horst Köhler, who resigned in a huff at the end of last month, proceeded according to the same pattern. Merkel found herself a candidate who was not particularly objectionable, but who was also not terribly inspiring. She spent a few days exploring the alternatives and came to the conclusion that she would have been unable to convince others to support someone else, someone with more charisma. She couldn't even find the courage to nominate an independent conservative candidate with the charisma and appeal of Wulff's rival Joachim Gauck. Instead, she opted for a pragmatic solution. She chose the tepid candidate Wulff, and received a tepid election result.

Her choice of candidate and the ensuing election on Wednesday is a perfect example of Merkel's leadership style. It has brought her far, but it won't bring her any further. If she cannot now produce a courageous political surprise, Wednesday's election will mark the beginning of the end of her chancellorship.

Wulff was the last of Merkel's potential inner-party rivals. By installing him in the presidency, she has now shoved him aside too. But now, finally, she must inject meaning into her time at the helm of German politics if she wants to be re-elected to a third term.

Should she not take advantage of the small window of opportunity left to her, there will be very few issues left on her plate after next year. A series of regional elections are coming up. Should her party struggle, there will be only one decision left for her to make: who to groom as her replacement. 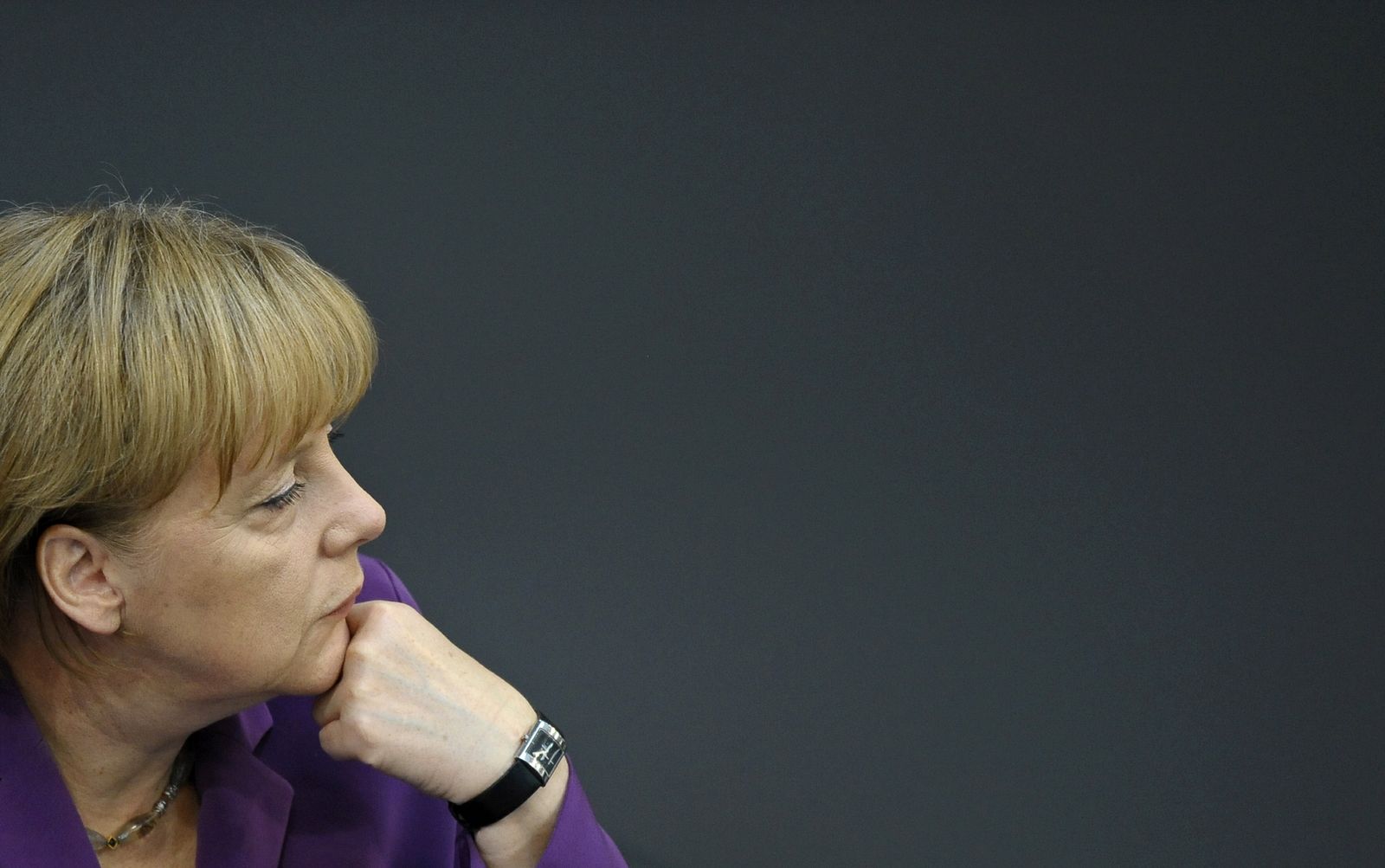 Chancellor Merkel's leadership style has brought her far. But it may not bring her any further.