The CIA wanted to kidnap Mamoun Darkazanli, a naturalized Syrian-born German citizen, from Hamburg, but it triggered a diplomatic crisis instead. Internal disputes put an end to the operation.

Mamoun Darkazanli is a well-traveled businessman. He has arranged the sale of printer ink to Syria, lamps to Jordan and cars to Albania. He once had plans to open a bed-and-breakfast in Spain and to invest in an embroidery business in New Jersey. He liked to travel -- until Sept. 11, 2001 changed the world. Since then Darkazanli, 51, has not left Germany. He spends much of his time in his apartment in the middle-class Hamburg neighborhood of Uhlenhorst.

Darkazanli's caution probably saved his life. If he had left Germany after the attacks on New York's Twin Towers, he would have been guaranteed a cell in Guantanamo. Darkazanli, a native Syrian who has also been a German citizen since 1990, has been on the CIA's most-wanted list for years. The agency, based in Langley outside Washington, DC, believes Darkazanli is part of the first generation of al-Qaida terrorists. It would like to arrest him -- and perhaps even go a little further.

The American magazine Vanity Fair claims that the CIA even sent a "hit team" of agents to Hamburg after Sept. 11 to kill Darkazanli. According to the magazine, the men observed the Syrian-born German there for several weeks and devised a plan to assassinate him. "Find, fix and finish" was allegedly the motto of the clandestine team created during the era of then US President George W. Bush and his CIA director George Tenet. In the end, the plan was abandoned on the orders of the US government.

Shortly after the supposed assassination plot was made public, Christoph Ahlhaus, the interior minister of the city-state of Hamburg and a member of the conservative Christian Democratic Union (CDU), called upon the German government to demand an explanation from Washington. As a result, parliament's domestic affairs committee and the parliamentary control committee, which is in charge of monitoring Germany's intelligence services, will look at the accusations, as will the public prosecutor's office in Hamburg. The case revisits a past in which almost everything seemed possible, even government-ordered murder.

The parliamentarians and investigators will have to make do with a denial that US diplomats conveyed to German security officials at a December meeting in the US Embassy in Berlin. In a statement, the officials insist that the accusations are false, and that no CIA hit team was dispatched to kill Darkazanli. A CIA official who was involved in the case at the time and knows it well told SPIEGEL: "That would have been completely impossible in a country like Germany."

But the US government is saying nothing about a very different approach to Darkazanli that was discussed at the CIA, and it has good reason to remain silent, because implementing such a plan would have sparked a diplomatic furor.

"There was the idea to conduct unilateral actions in Germany," says a CIA official involved in the case at the time. "It had to do with operations that would take place without German knowledge, and Darkazanli was one of the people on that list." The bearded German of Syrian descent was to be included in the so-called "extraordinary rendition" program under which Islamists around the world were kidnapped and taken to secret prisons. Khaled el-Masri, a German citizen from Neu-Ulm in southern Germany, became a victim of this strategy, as did Hamburg resident Mohammed Haydar Zammar, a friend of Darkazanli's.

For both German and American investigators, businessman Darkazanli was already seen as the incarnation of evil when few people had even heard of al-Qaida leader Osama bin Laden. His name figured in the investigation of a case in which a ship intended for al-Qaida was procured, and he had access to an account whose owner was believed by investigators to have links with al-Qaida.

To this day, the German-Syrian says that he "had no contact with al-Qaida at any time." Although he was involved in the purchase of the ship in question, "I was not aware that the buyer was supposedly the head of al-Qaida." He offers a similar argument to dispel the bank account charges: "I am unaware, to this day, that the owner of the account was al-Qaida's head of financial operations."

The CIA, on the other hand, believed that Darkazanli was an important figure in the Islamists' network, and its agents went on the offensive in the fall of 1999. Rumors were circulating about a planned "millennium attack," and the resident CIA representative at the US Consulate in Hamburg urged his counterparts at the Hamburg office of the German domestic intelligence agency to recruit Darkazanli as a source. This led to a meeting between the German intelligence officials and the presumed terrorist in late 1999. But the meeting was unproductive, say the officials, and it did not lead to cooperation.

The German Federal Prosecutor's Office in Karlsruhe began investigating Darkazanli in 2001. But its charges did not stick, and in 2006 the Federal Prosecutor's Office shut down its investigations due to a lack of evidence. An arrest warrant that Spanish courts had issued in the fall of 2003, which cited Darkazanli's supposed connections to al-Qaida, could not be executed. It appeared that it was simply impossible to take Darkazanli into custody.

Back in Langley, the resentment that had been growing since Sept. 11 only confirmed the view generally held by the US agents: That although the German government was cooperating, the Germans were in fact a spineless lot who hid behind the laws of the constitutional state whenever important questions were asked. When a high-ranking delegation from the US Congress, led by Democratic Senator Nancy Pelosi, visited the US Embassy in Berlin, German-American cooperation in fighting terrorism was discussed. "Even the Syrians" were "more cooperative than the Germans," one of the CIA agents present at the meeting said sarcastically.

This prompted agents in the European division in Langley to propose a radical step: Darkazanli and other Islamists were to be abducted and interrogated, without attorneys, without charges and without a chance. "We had operations planned that would have been completely illegal," says a CIA employee. After Sept. 11, 25 agents were apparently working undercover in Germany, where they were scrutinizing the Islamist scene in Hamburg and elsewhere.

The plan was pursued to a point at which other departments were brought into the loop. But the agents stationed in Germany were skeptical, arguing that the methods the agency envisioned would be more suitable in a place like South America. In the end, the operation was abandoned partly because of the objections from the CIA group in Germany. "We said no at the time because we believed that we couldn't do this sort of thing in an allied country where many American soldiers are stationed."

Darkazanli, for his part, was smart enough not to travel abroad. He had heard about what had happened to his friend Zammar, who had flown to Morocco for a divorce six weeks after the attacks in the United States. The Moroccan intelligence service had arrested the Islamist at the CIA's request and flown him to Syria, where he was tortured and interrogated in a basement. He is still behind bars in Damascus.

To this day, the police continue to classify Darkazanli as a "threat." According to one investigator, he is "much sought-after and shrouded in mystery." And what German authorities are observing today must seem like déjà-vu to them. Once again, Darkazanli is attending the mosque on Hamburg's Steindamm Street, where he occasionally served as an imam last year -- the same mosque where the Sept. 11 hijackers met before they departed for the United States. 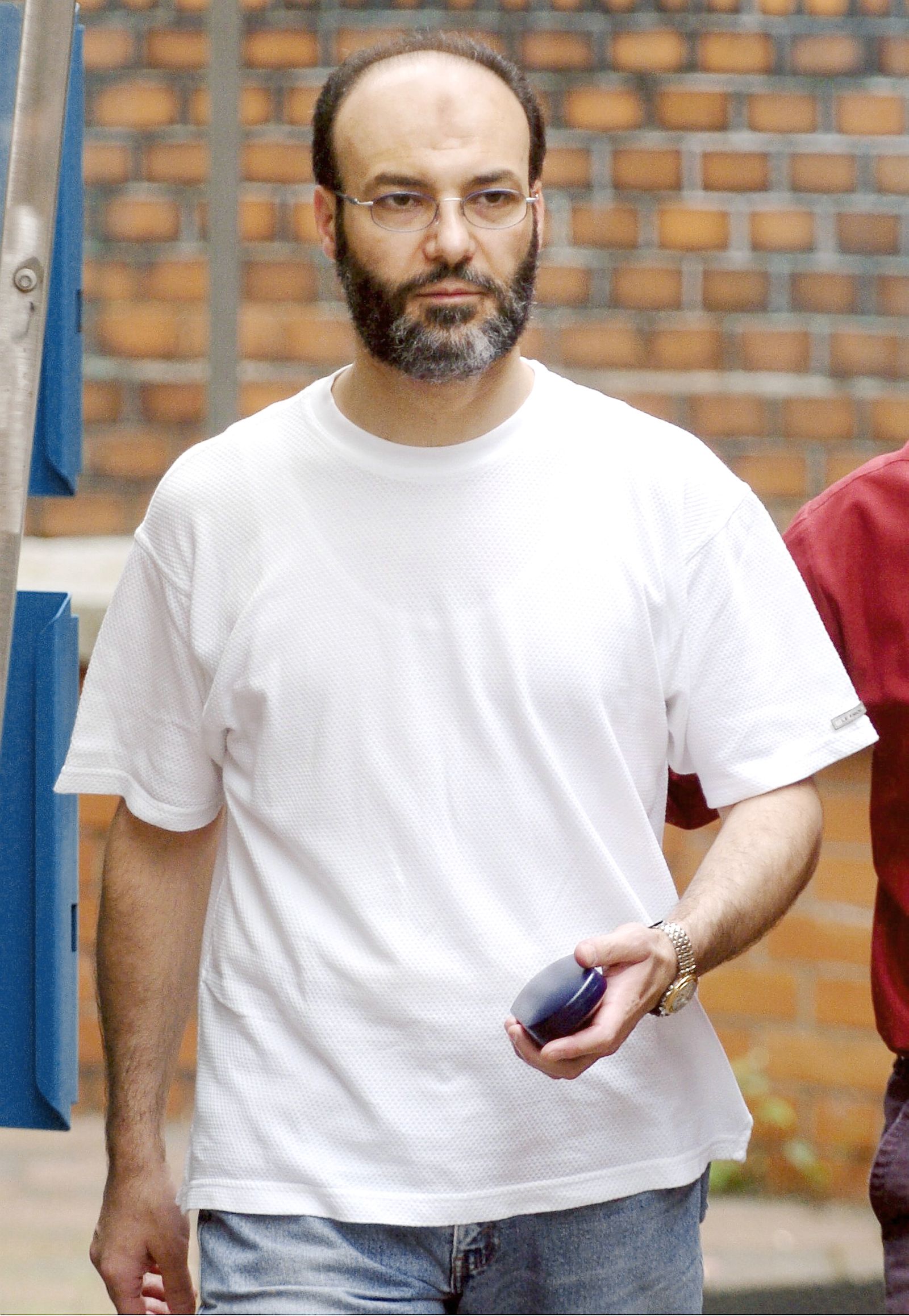 Mamoun Darkazanli -- investigations against him have failed to uncover evidence.