The Pirate Party, which scored a surprise success in the Berlin city-state election last month and is enjoying growing support nationwide, has shrugged off revelations that several of its members used to be in the far-right National Democratic Party (NPD).

Valentin Seipt, an IT systems engineer, resigned as regional chairman of the Pirate Party in Freising near Munich after the NPD said on Sunday that he had been previously been its regional deputy leader.

In the eastern state of Mecklenburg-Western Pomerania, Matthias Bahner, a member of the Pirate Party's regional board, admitted in a statement that he joined the NPD in 2003 when he was 18, and left it a year later.

Bahner remains in his position. His boss, Pirate Party regional leader Michael Rudolph, said: "No one who has learned from his mistakes should be condemned for his past."

The party's national chairman, Sebastian Nerz, said: "People can change their political outlook, and youthful folly can lead people down the wrong track into the NPD." He added: "Not every NPD member is a neo-Nazi. If someone was a thug or an official in the NPD, that is more serious."

The NPD includes prominent members who have glorified the Third Reich. The German domestic intelligence agency has called it a "racist, anti-Semitic, revisionist" party bent on removing democracy and forming a Fourth Reich.

The Pirate Party is riding high because it embraces the zeitgeist of the Internet and appears to stand for a fresh, informal, transparent approach to politics that voters see as a refreshing change from the established mainstream parties.

In Berlin last month, it came out of nowhere to win 8.9 percent of the vote. A recent national opinion poll put it at 8 percent -- far ahead of the pro-business Free Democrats, the junior partner in Chancellor Angela Merkel's center-right coalition.

Grassroots members seem unfazed by the reports about former NPD membership, and this relaxed approach poses a risk because it makes the Pirates vulnerable to attack from parties jealous of their success.

"This approach could open them up to criticism," sad Jürgen Falter, a political analyst. "The Greens in particular will turn it into an issue because they fear the Pirates." The Pirate Party would be well advised to "clean up the problem, otherwise they will suffer heavily from this."

But it doesn't seem to be in a hurry. One member, Bodo Thiesen, repeatedly cited Holocaust deniers in Internet forums and voiced doubts himself about the mass murder of the Jews. The national leadership of the party approved proceedings to expel Thiesen, but the process has dragged on for two years now.

Some members are starting to get impatient with the laissez-faire stance, like Wolfgang Dudda. A 54-year-old customs inspector and a member of the German police union, Dudda isn't a typical Pirate. In January, he stopped working for the party's national board in protest against the slow progress of efforts to eject Thiesen.

Dudda said he was "totally appalled" by the case that came to light in Freising on Sunday. He plans to file a motion at the national party congress in December proposing that anyone seeking membership should in future be required to state their previous political affiliations. Any information given that is subsequently found to be false will render the membership null and void.

"That would avoid lengthy party exclusion procedures," says Dudda. "There's no other way for us to come to grips with the situation." 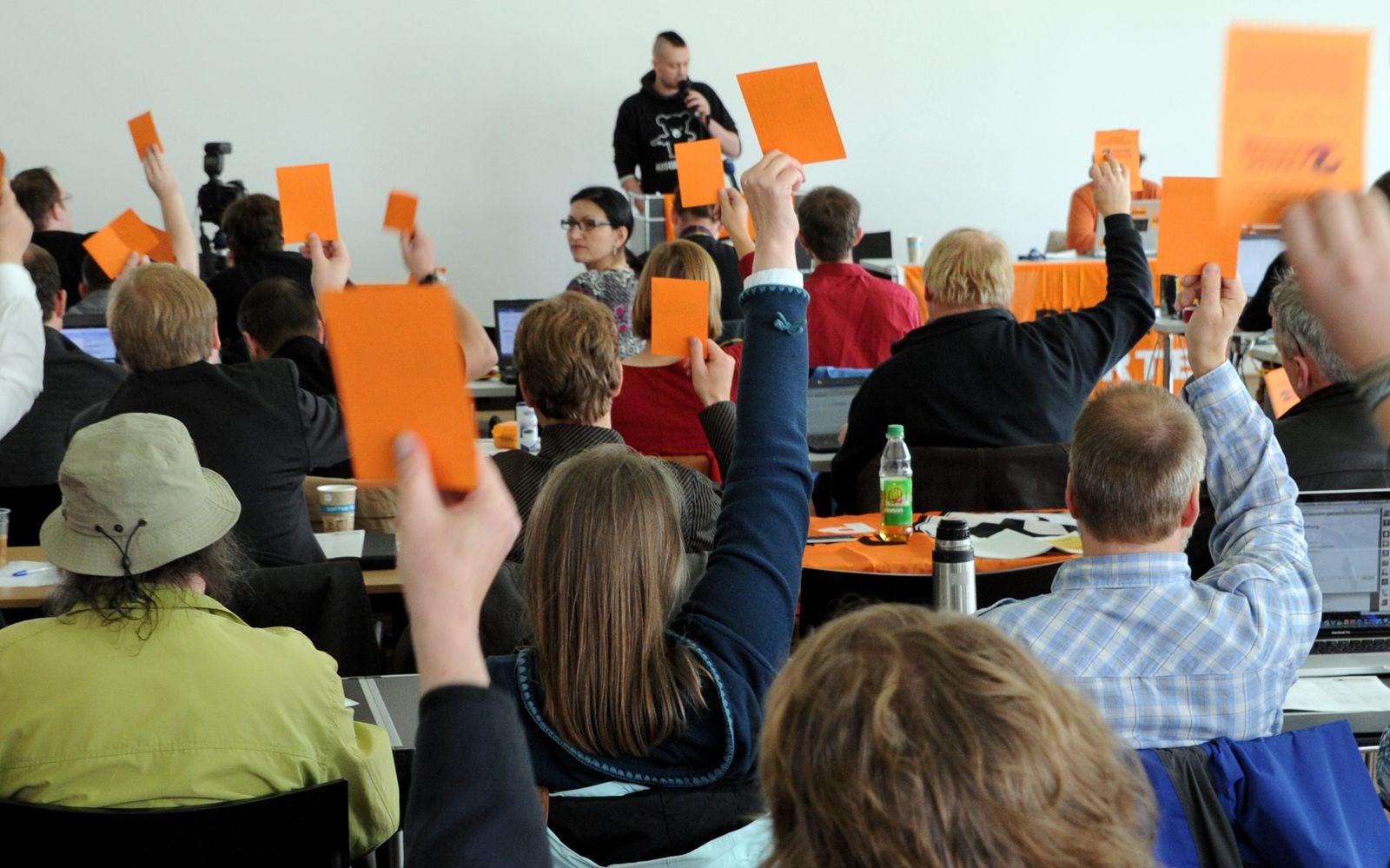