Frank Franz, spokesman for the National Democratic Party (NPD), seems exhausted before its "Deutschlandtour" election campaign has even begun.

The far-right party, described as "anti-Semitic, racist and xenophobic" by Germany's domestic intelligence agency, is about to embark on an extensive tour of Germany, visiting up to three locations a day during the run-up to the September 22 general election.

Despite intense efforts on the part of Franz and his colleagues to keep the tour dates and venues secret until the last minute, anti-Nazi organizations managed to get hold of the list almost immediately. Left-wing groups now plan to organize counter-demonstrations. "These demos will be a serious logistical problem for us," says Franz, sounding dejected.

Indeed, anti-fascist groups are liaising with all the mainstream parties to ensure that the NPD's campaign bus gets a hostile reception everywhere it goes. Local communities and the church are getting involved, too. Left-wing website Indymedia even created a blog detailing some of the NPD's likely destinations, and encouraging people to get in touch through its forums.

In response to these efforts, the party has scrapped its tour schedule dates and will now decide spontaneously which towns to target. "It's almost impossible to run a normal campaign under these conditions," laments Franz. "Obviously we have to coordinate with the local authorities, so total spontaneity isn't possible."

The party learned its lesson earlier this month, when its campaign efforts were nipped in the bud in the eastern state of Brandenburg. NPD members had attempted to demonstrate outside refugee accommodation centers, but were met with hundreds of anti-fascist protestors. Police were forced to cancel the rally before it had even begun -- NPD supporters had reportedly used pepper spray on their opponents, as well as physically attacking them.

Germany's 16 regional states are currently preparing a legal bid to outlaw the NPD, but the outcome is uncertain. A previous attempt to abolish the NPD failed in 2003 because of the presence of informants in the party's ranks. The Federal Constitutional Court, the body which has to rule on a ban, threw out the case on the grounds that NPD policies were being shaped in part by government agents.

The high turnout at recent anti-fascist rallies does not bode well for NPD leader Holger Apfel, who is trying to increase the NPD's exposure in the regional and national media. Many German news outlets are reluctant to give the NPD coverage beyond exposing their far-right, xenophobic stance. Some have even adopted a strict 'no platform' policy.

The NPD views regional press coverage as particularly valuable. Apfel hopes the party's red campaign truck will attract local attention with the slogans plastered on its sides: "Preserve Our Homeland. Stop Immigration!" and "We don't want to be Europe's paymaster!"

According to Julian Barlen, a member of the anti-fascist organisation "Endstation Rechts", bad press is more attractive to the NPD than no coverage at all. "They operate according to the "provocation principle", whereby causing a stir -- even if it results in violence -- is always considered useful," he says. "Media outlets have to perform a balancing act when deciding how much coverage to give what is essentially an anti-democratic cause."

In the past, counter-demonstrations have largely been organized by left-wing anti-fascist groups. But they are starting to get broader public support. Some commentators have suggested this may be linked to the ongoing trial of Beate Zschäpe, accused of complicity in racially motivated murders allegedly committed by the neo-Nazi National Socialist Underground (NSU) group.

"The coverage of the NSU trials has definitely contributed to a growing sense of awareness among Germans," comments Barlen. "But what people need to realise is that these murders are only the tip of a neo-Nazi iceberg. There is racially motivated violence occurring on a daily basis in many parts of Germany."

It remains to be seen whether the NSU trial will prompt otherwise inactive members of the public to take to the streets in the coming weeks. One thing is certain, though: there will be substantial opposition against the NPD's first two campaign events on Monday.

Despite efforts at secrecy, local authority sources confirmed last week that Monday's events would be taking place in the northern German town of Rostock and nearby Schwerin. Demonstrators plan to play loud rock music near the campaign locations to drown out the NPD speakers. "There's no way they'll be taken seriously," concludes Barlen. 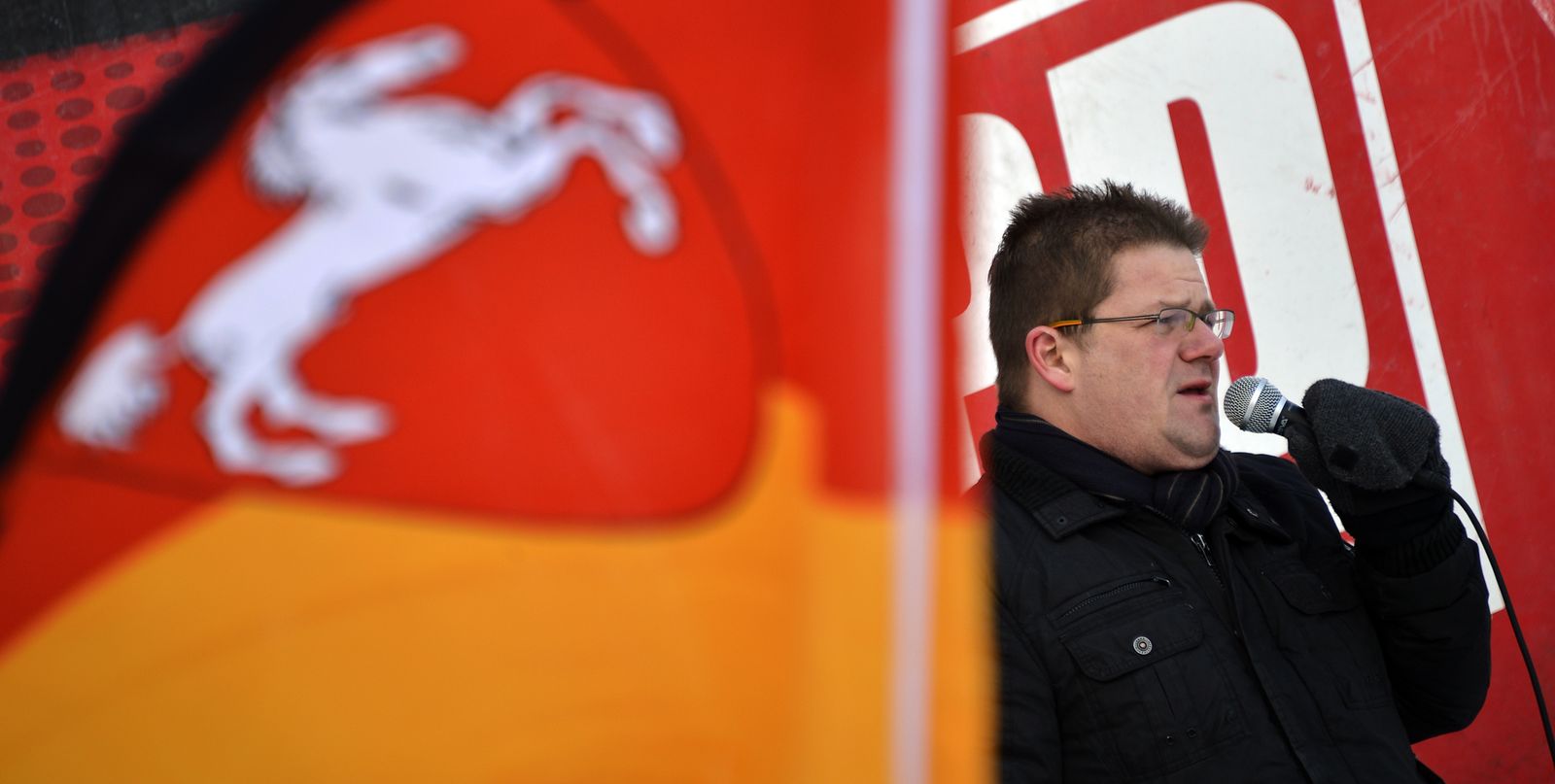