Indications are mounting that the assault on a bus carrying US soldiers at the Frankfurt Airport on Wednesday afternoon was an Islamist terror attack.

The alleged perpetrator, Arid U., who admitted on Thursday to having carried out the attack, appears to have had extensive contact with radical Islamists via his Facebook page. SPIEGEL ONLINE has also learned that the shooting, which killed two American airmen and injured two others, possibly came after the gunman, identified as Arid U., was unable to leave Germany and travel to Afghanistan. Instead, the 21-year-old airport employee opted to attack US troops in Germany, according to a jihadist website. No proof for the assertion is offered, but the jihadists claim to have been in contact with acquaintances of Arid U.

SPIEGEL ONLINE has learned that Arid U., told police that he acted alone. He says that one day before the attack, he watched a video on YouTube which he says showed the rape of Muslim women. He says the film upset him so much that he decided to take action. Investigators consider his testimony to be credible, but are continuing to look into possible accomplices. Such films as that described by U., often propaganda videos, have circulated among jihadists for some time.

The attack is thought to be the first deadly, Islamist-motivated attack in Germany. And investigators doubt that it was as spontaneous as Arid U. makes it sound. On the one hand, he appeared to know when and where to find US soldiers at the airport. On the other, SPIEGEL ONLINE has learned that he told interrogators that he bought the weapon used in the attack months ago.

Arid U., who is originally from predominantly Muslim Kosovo, has left plenty of digital clues pointing to his adherence to radical Islamism. Two weeks prior to the shooting, he posted a link on his Facebook wall to a jihadist battle hymn. "I can no longer stand this life of humiliation among you," read the lyrics. "My weapon is ready at all times."

A fair number of his 125 Facebook friends would also seem to be sympathetic to radical Islamism. Anti-Semitic, anti-American and anti-Shiite comments are plentiful on both Arid U.'s Facebook page and those of his friends.

Some of the connections, however, are of particular interest to investigators, especially those with well-known figures in the Islamist scene. "He seems to have belonged to an unstructured militant-Salafist environment," said a source familiar with the investigation.

'Veritable Who's Who of German Salafism'

Salafists are pious Muslims who place particular emphasis in emulating as far as possible the life of the Prophet Muhammad and the first generation of his followers. It is a movement that has been growing for years. While most Salafists are more political than they are militant, there is a segment with significant crossover with the jihadist-terror scene. Several of Arid U.'s contacts appear to come from this gray area. In referring to U.'s contacts, one high-ranking security official spoke on Thursday morning of a "veritable who's who of German salafism." 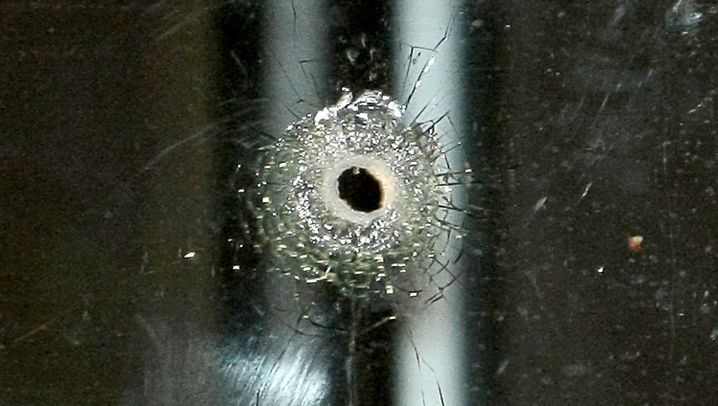 Among others, U. appears to have a Facebook connection with Sheikh Abdellatif, a preacher originally from Morocco who now lives in Frankfurt. German security officials searched his home just last week on suspicion that he has encouraged his followers to take up arms. Sheikh Abdellatif was not arrested pending the completion of an analysis of his computer and other materials confiscated during the search.

"They will find nothing but animated films," Sheikh Abdellatif said in a recently released video, in which he also claims that he has never called on his followers to join the jihad. "In Europe, they hate us because we are Muslim," he says. He also claims that those who accuse preachers of speaking of the jihad receive "thousands of euros" from officials.

Sheikh Abdellatif, 39, is part of the Dawaffm network, a group which offers presentations on how to live a life which conforms to Islam on its website. Though there are no explicit calls for violence, the material on the website is clearly marked by Salafism. In one video, for example, Sheikh Abdellatif warns that prayers from women who do not obey their husbands are not heard by God.

For German investigators, the links are a clear indication that the Wednesday attack in Frankfurt could have an Islamist background. They also found that a large number of people, many of them well-known Islamists, became Facebook friends of Arid U. just in the two weeks immediately preceding Wednesday's attack. Investigators suspect that the wave of new contacts could have something to do with the airport assault. One theory holds that Arid U. radicalized extremely quickly and became part of a scene that urged him to act. Technicians are attempting to secure and evaluate all of Arid U.'s communications from recent weeks. His Facebook page was no longer accessible on Thursday morning.

In real life, such connections were not nearly as apparent. Arid U. lived with his parents and two brothers in a three-room apartment in a 1970s-era housing project in the Frankfurt quarter of Sossenheim. There are many immigrants who live in the buildings, most of them from Turkey but many from the former Yugoslavia as well.

Neighbors describe the family, which has lived in the first floor of one of the concrete blocs since the late 1990s but which has been in Germany for decades, as being unobtrusive. The father, a former roofer, periodically complained about loud children playing outside their apartment. And the family, one neighbor said, lived austerely. Whenever he visited, he said, the children and wife were forced to leave the living room. Arid U. lived in a single room with his older and younger brother.

Everyone in the complex was surprised when, on Wednesday evening, just hours after the attack, a large number of German police showed up and spent hours searching the family's apartment. Arid U.'s parents have stayed indoors since then and did not answer the doorbell.

One neighbor said that her daughter went to school with Arid U. nearby. She never considered him to be a radical. She said that Arid U. never seemed to place great stock in symbols of Islam -- he didn't wear a beard or traditional clothes the woman, who wears a headscarf herself, said.

Another neighbor described Arid U. as "withdrawn." He almost never greeted neighbors and often just walked past wearing a large backpack, his eyes on the ground. In contrast to his brothers, who were always "very friendly," Arid U. "seemed like a loner," the neighbor said.

Investigators are unsure whether Arid U. may have been abetted or otherwise encouraged to carry out the shooting. Officials are also trying to determine whether anyone had prior knowledge of the attack and whether, as the jihadist website claims, he was indeed interested in traveling to Afghanistan. The FBI has also become involved in the investigation.

According to SPIEGEL ONLINE information, Arid U.'s parents have so far had little to contribute to the investigation. On Wednesday, they told police that they couldn't explain why their son did such a thing. They say that Arid was a believer but that he didn't have contacts to a radical milieu.

The parents first learned of the attack from the police. Up until that point, they had merely wondered why he hadn't returned as usual from his job at the Frankfurt Airport. The airport is Germany's main international hub and is used by a large number of US military personnel traveling between the United States and Europe. 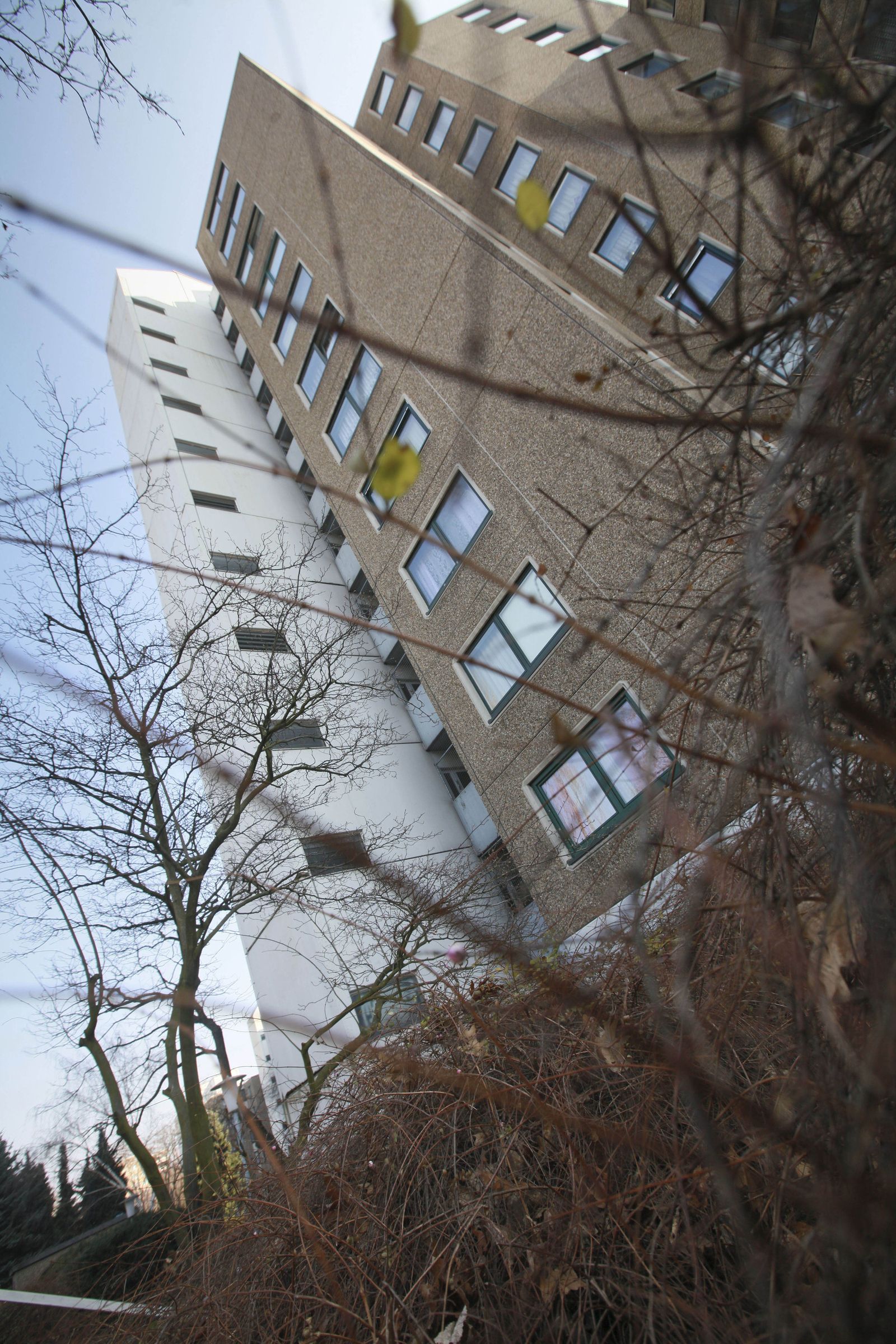 The building in Frankfurt where Arid U., who is suspected of having shot two US soldiers in an attack at the Frankfurt Airport on Wednesday, lived with his family. 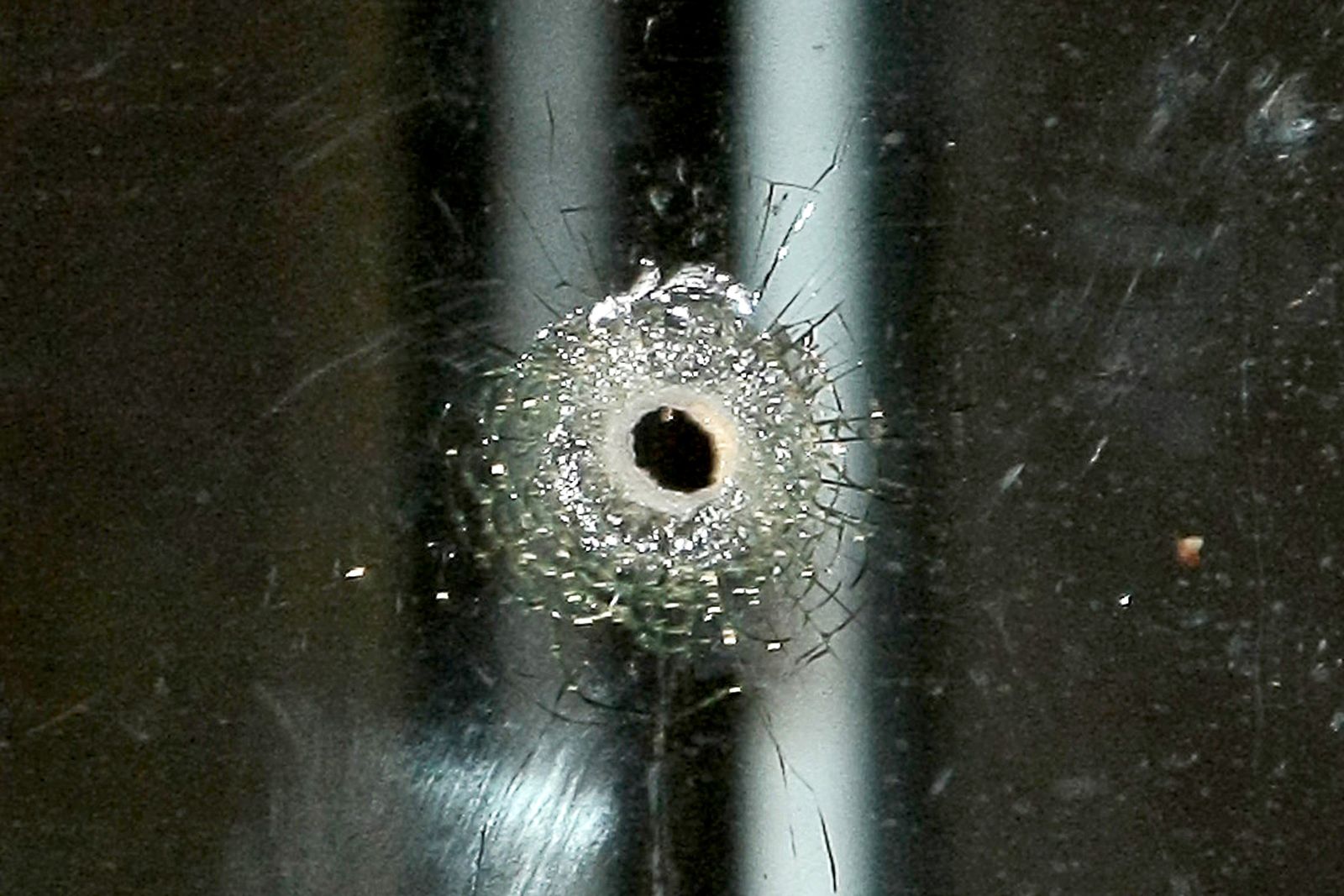 Two US airmen are dead and two wounded following a shooting at Frankfurt Airport on Wednesday afternoon. A man attacked a bus that was carrying US soldiers. 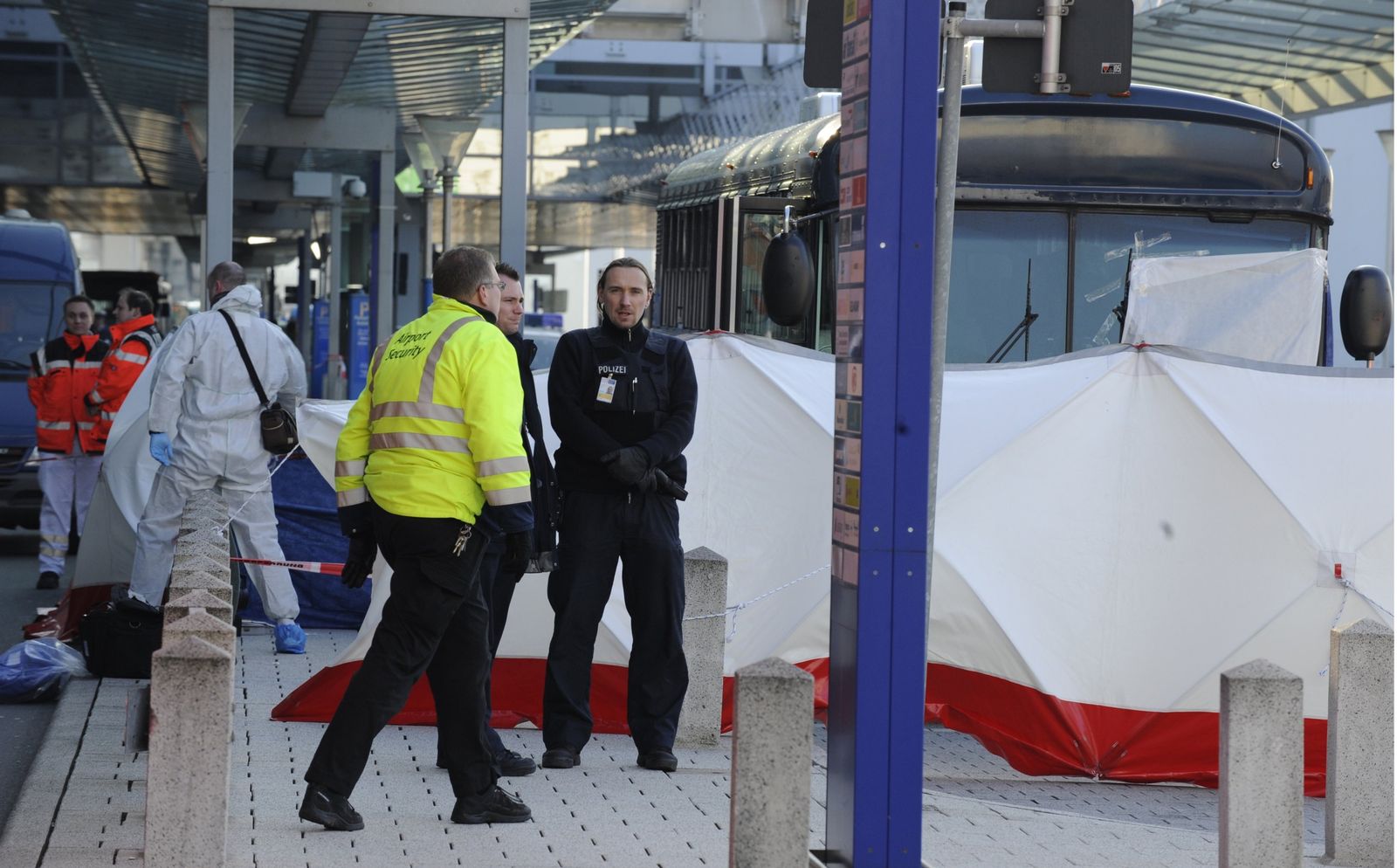 The bus was supposed to take the soldiers to the US air base at Ramstein. 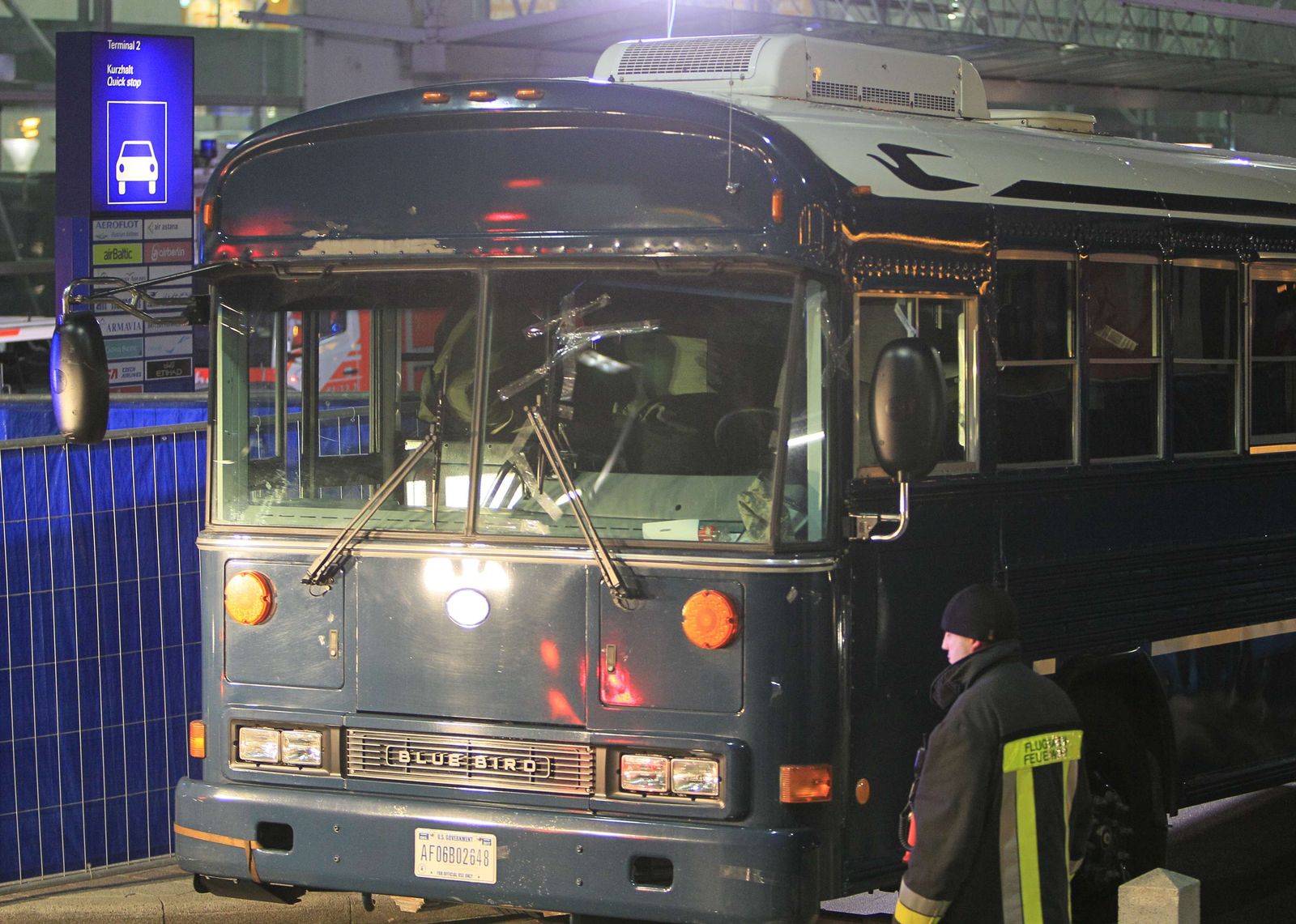 This photo shows the bus being towed away from the airport on Wednesday evening.