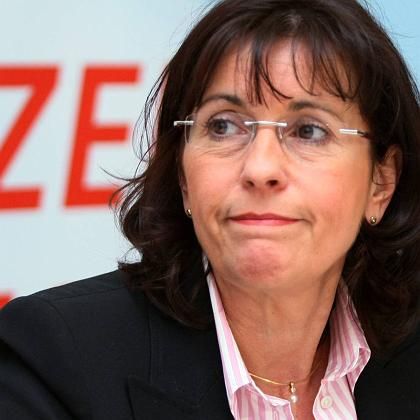 A dramatic week in the western German state of Hesse has concluded with the Social Democrats (SPD) spectacularly failing to broker a minority government with the Green Party. SPD leader Andrea Ypsilanti was forced to abandon plans to stand as state governor after a rebel SPD politician said she couldnt vote for a coalition that was supported by the Left Party.

"I will not stand for election on April 5," she told a televised news conference on Friday after she had failed to persuade SPD representative Dagmar Metzger to back her in the forthcoming vote.

The shock decision marks the end to a controversial flirtation with the far-left party that provoked a rebellion within the party ranks. The outcome will be a sharp blow to SPD leader Kurt Beck who had given Ypsilanti the green light to seek Left Party support for her proposed minority government.

Ypsilanti said the SPD had "no options" in Hesse, ruling out any grand coalition with the conservative Christian Democrats who she now predicts will stay in power. "We will search for majorities for our motions in the parliament," she said.

Ypsilanti said that there had only been two possible ways of the SPD coming to power. A coalition with the Green Party and the business-friendly Free Democratic Party would have been one option, but this had been rejected by the FDP. The other, a minority SPD-Green coalition backed by the Left Party votes, has now failed.

The SPD, Green Party and Left Party won 57 out of a total of 110 seats in the January elections. But Ypsilanti's chances of achieving the necessary 56 votes to form a majority had looked increasingly slim due to Metzger's refusal to support her and the serious illness of another SPD representative, Heinz Lotz, making it uncertain if he could attend the vote on April 5.

Ypsilanti had met with Metzger on Friday morning to try to persuade her to change her mind, but the 49-year-old lawyer was sticking to her guns. She told reporters after the meeting that one of her reasons for refusing to back her leader was the fact that the Left Party was a direct successor party to the SED, the former East German Communist Party.

"I am from West Berlin and grew up in the time of the Berlin Wall, and I experienced how this wall divided a family" she said. "The Left Party is for me far too unpredictable at the moment."

The opening up to the Left Party had been highly controversial after the SPD in Hesse had gone back on a pre-election promise not to deal with the far-left party. The risky move seems to have backfired, leading to a sharp slide in the public opinion polls for the party.

CDU leader Roland Koch said Friday he was prepared to stay in office temporarily in a managerial capacity and called on the Green Party to enter negotiations with his party and the business-friendly FDP on forming a coalition government.