As she travels from one European Union summit to the next, Angela Merkel's constant mantra in recent months has been austerity, austerity, austerity. But apparently the German chancellor hasn't been quite as strict when it comes to her own country's budget.

SPIEGEL reports this week that the German government didn't reach even half of its planned savings in the federal budget. Only 42 percent of the spending cuts named by Merkel's coalition government, comprised of the conservative Christian Democrats and the business-friendly Free Democratic Party, were actually implemented.

Calculations made by the influential Cologne Institute for Economic Research indicate that only €4.7 billion ($6.16 billion) of the €11.2 billion in austerity measures stipulated by the savings package actually took shape in 2011.

The government is also falling behind on its targets for this year. Of the originally planned €19.1 billion in savings, less than half has been implemented. For the coming year, the concrete measures that have been agreed on so far cover just one-third of the announced amount of savings. Merkel's cabinet is hoping to agree to the basic foundations of the 2013 federal budget in March.

This lapse is particularly embarrassing for the German government because the news comes just after 25 European Union member states agreed in early March to an international fiscal pact obliging them to adhere to greater fiscal discipline. The pact also calls for the creation of balanced budget initiatives modelled on Germany's debt brake legislation that would be enforced by the EU's court, the European Court of Justice in Luxembourg.

The aim of the pact is to make EU countries maintain binding austerity measures that leaders hope will contain the debt crisis and prevent countries like Greece from being able to pile up massive debts again. "It is a milestone in the history of the European Union," Merkel said at the signing of the pact.

Under Germany's balanced budget legislation, the federal government and the German states have set upper ceilings for new borrowing. The fundamental goal is to eliminate all borrowing by 2020. The German states will be strictly forbidden from new borrowing starting that year, and the federal government will only be able to borrow up to 0.35 percent annual economic output a year, or about €9 billion. 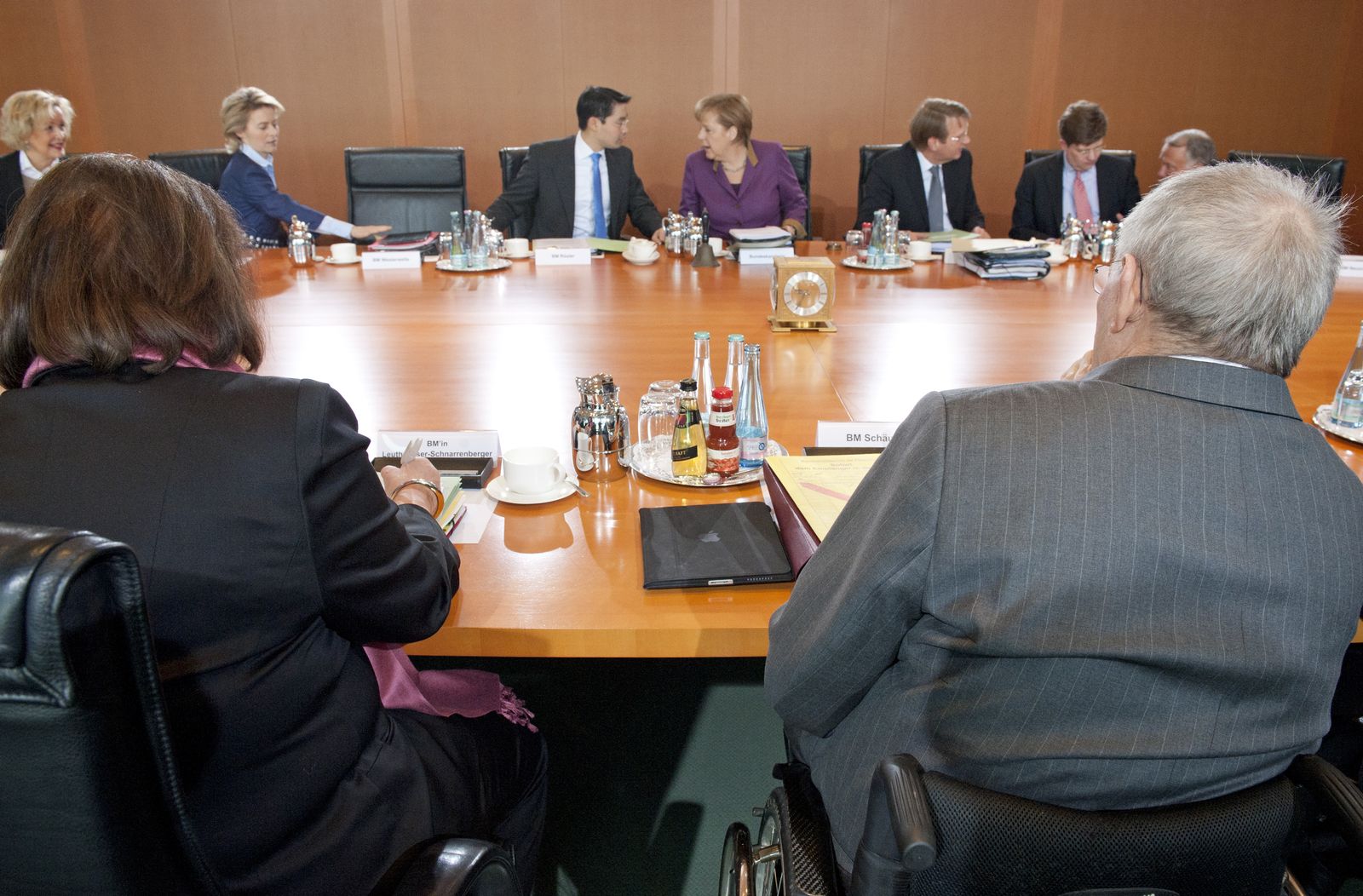 Chancellor Merkel (center) at a meeting with her cabinet in Berlin: an embarrassing lapse