Much has been written about the village of Jamel near Wismar in the far northeastern German state of Mecklenburg-Western Pomerania. Hitler salutes in the streets, firing practice in local forests and outsiders chased away. The small run-down settlement has become a dark symbol of the growing reach of neo-Nazi ideology.

In the run-up to Sunday's local ballot in the state, a journalist from the website VBS TV arrived in Jamel. Although she was familiar with the village's larger-than-life reputation, she was shocked to see a large rusty barbeque inscribed with the phrase "happy holocaust."

The grill was in the barbed-wire encircled garden of the office of the far-right extremist National Democratic Party (NPD). The backyard was overlooked by a watchtower and a red, black and white old German Reich flag of the type used by the far-right scene.

"I was shocked and I just couldn't believe what I saw. It felt really surreal," VBS TV journalist Barbara Dabrowska told SPIEGEL ONLINE. "It was like in a bad American movie that tries to come up with the most ridiculous idea for how to make Nazis look really terrible. ... They probably meant it as a joke, but I was annoyed by their either stupid or incredibly provocative approach."

In her news report, Dabrowska interviewed Stefan Köster a politician for the NPD, a party dubbed "racist, anti-Semitic, revisionist" by Germany's domestic intelligence agency, the Office for the Protection of the Constitution.

Köster stressed his party's social outreach, explaining how his party distributes CDs in school yards and promotes German folk dancing. Asked about the happy holocaust barbeque in the garden behind his office, he said he hadn't noticed it before.

"Maybe someone is making fun of the political class because of how they repress open discussion," he said. "After all, if someone has an opinion about the holocaust, they should be able to express it," he stated, adding that he didn't find it to be funny.

"It must belong to someone in the building, but to me that matter is unimportant," he said.

The NPD party won seats in the state parliament for the second time in Sunday's state election. 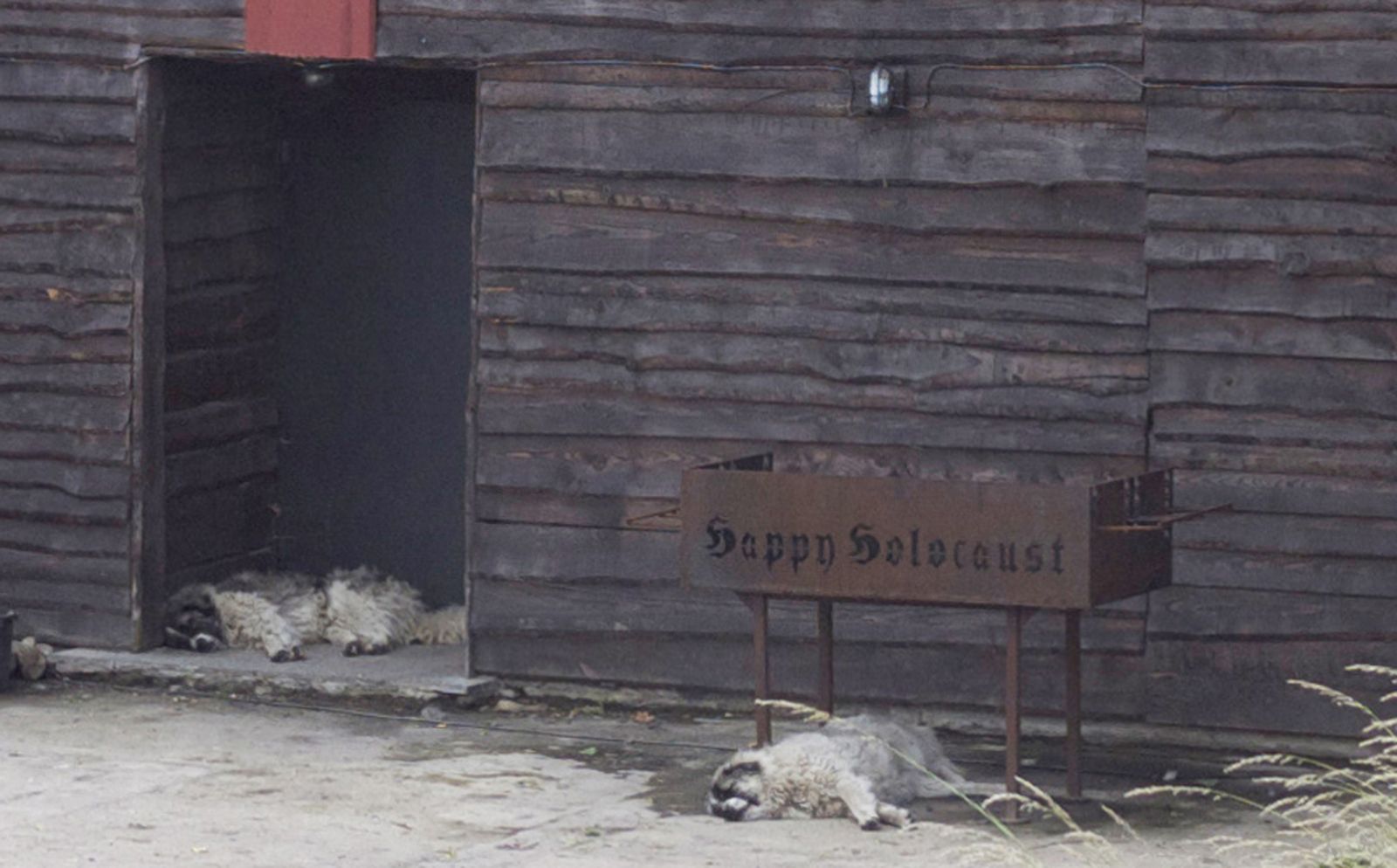 "A place for people to gather," is how far-right NPD politician Stefan Köster describes the garden behind his office.