Trebnitz palace, an austere-looking manor built at the start of the 18th century, has seen better days. Weeds grow out of its gray stone façade, many of its windows are broken and the stone staircase to the main entrance is crumbling. 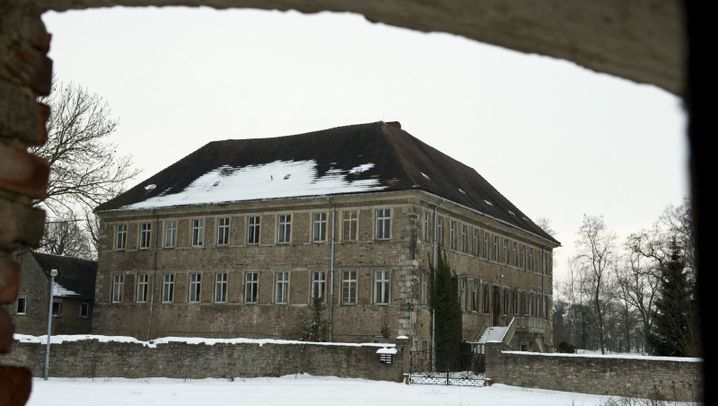 Photo Gallery: The Palace of the Neo-Nazis

The former seat of the aristocratic Rauchhaupt family stands empty in the village of Trebnitz, some 20 miles southwest of the eastern German city of Leipzig. At one point it was a retirement home. Soon, young neo-Nazis might be moving in, after two leading figures in Germany's far-right scene purchased the property for just €80,000 ($108,000) at an auction a few days ago.

The new owners are Thomas Wulff and Axel Schunk. Wulff has been convicted several times for incitement to racial hatred and displaying banned Nazi symbols. He calls himself "Steiner," in honor of a former officer of Hitler's murderous Waffen SS unit, and is a member of the executive of the far-right National Democratic Party. He was a close friend of Jürgen Rieger, the prominent neo-Nazi who died last year.

Schunk was a leading member of the far-right "Wiking" youth organization, which has since been banned. Asked by SPIEGEL ONLINE what they plan to do with the property, both declined to comment.

There's talk that Wulff and Schunk plan to use Trebnitz Palace as some sort of far-right training center. Authorities and local political parties are worried. The interior ministry of the state of Saxony-Anhalt suspects they want to Trebnitz into a place of "national importance for right-wing extremists," not least because of its favorable location close to the A14 autobahn. The region seems to be a focal point for neo-Nazis. The NPD youth organisation "Junge Nationale" recently moved its headquarters to the nearby town of Bernburg, and some leading eastern German extremists live in the area.

Neo-Nazis have tried to purchase properties in other towns around Germany in recent years, but their attempts were usually thwarted by local resistance.

The people of Trebnitz, though, don't seem overly concerned about their new neighbors. Many refused to talk to journalists. One man walking his young daughter down a street pointed out that right-wing extremists had owned the building once before.

Steffen Hupka, a local neo-Nazi, wanted to convert the palace into a far-right center in 2001 and tried to make friends with the villagers by throwing a large party. But nothing came of the plan and the building has fallen into disrepair in the last few years. Locals believe it would take hundreds of thousands of euros to make the palace usable.

Even if the new owners have the cash, Wulff and Schunk face some tough administrative hurdles before they can realize their plans, whatever those may be. The palace is under monument protection, and they will have to submit a detailed concept for its use if they are to have any hope of getting planning permission. That can take a very long time in Germany, especially if the owners are frowned upon. The Interior Ministry and Germany's domestic intelligence service have pledged to keep a very close eye on who goes in and out of the building.

5 Bilder Photo Gallery: The Palace of the Neo-Nazis