"Willkommen," reads the stencilled print on the wall along the riverside boardwalk in the small town of Völklingen. Not content to just welcome its German guests, however, the message is translated into a number of languages. "Bienvenue ... bienvenidos ... velkommen," it reads. And "hosgeldiniz," a nod to the city's substantial Turkish population. 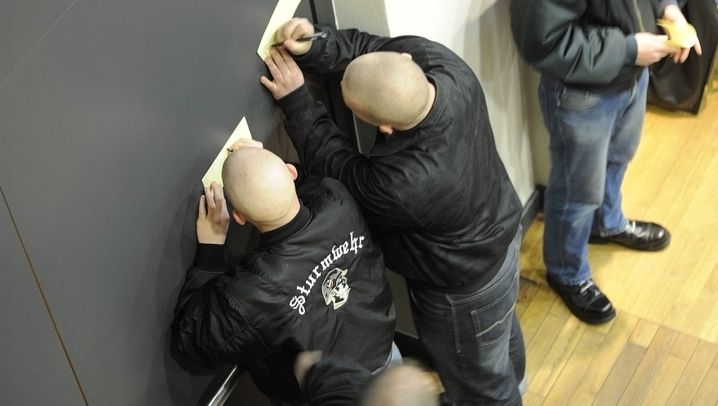 Elsewhere in the city -- particularly in the quarter known as Wehrden -- Muslim immigrants may not feel quite as welcome. A small mosque on the banks of the Saar River there has applied for a permit to build a small minaret on its roof -- triggering a wave of at-times vehement protest reminiscent of the fuss surrounding the November 2009 referendum in Switzerland to ban minarets in the country.

"I am against the Islamification of our fatherland!" reads a message, posted by "Tommy" on the Web site of the local paper Saarbrücker Zeitung. "Islam is the greatest threat facing humanity," he adds.

In a town meeting held on the subject in late January, a number of locals came out against the minaret plan. According to Berlin daily Die Tageszeitung, several expressed fears that Germany was being "infiltrated" by "the Turks."

The plan foresees a minaret stretching a mere eight meters (26 feet) above the roof. The head of the Turkish-Muslim community planning the minaret, Adnan Atakli, has assured locals that there are no plans to broadcast calls to prayer from the minaret and that he merely sees it as an "ornament."

Doesn't Shy Away from Far-Right Rhetoric

And not everyone has come out against the plans. Many have pointed out that such an adornment would only improve the not-terribly-attractive quarter where the mosque is located. Furthermore, almost 10 percent of the Völklingen population is made up of immigrants, many of them Muslims. Some say it only makes sense that they be allowed to build a small minaret.

Still, politesse has hardly characterized the debate in Völklingen. Indeed, the back and forth is reminiscent of the campaign in Cologne in 2008 to block the construction of a mosque there. The campaign was led by a group called Pro-Cologne, a group that doesn't shy away from far-right rhetoric. Similar debates have taken place in numerous European countries as the right wing seeks to tap into widespread skepticism toward Islam.

The Swiss referendum, which saw 57.5 percent of voters approve a ban on minaret construction, clearly showed just how anchored anti-Muslim sentiment may be in Europe. Indeed, a group called Pro-NRW (short for the German state North Rhine-Westphalia) now plans to cooperate with right-wing political parties in numerous European countries to organize a European Union-wide minaret referendum.

The debate in Völklingen is once again showing how quickly right-wing rhetoric can cross over into the mainstream when it comes to debates on Islam in Europe. Local right-wing extremists -- two of whom are in the Völklingen city council -- have argued that minarets are "symbols of Turkish dominance." They point to a speech given by Turkish Prime Minister Recep Tayyip Erdogan in February 2008 in Cologne. In it, he said that "mosques are our barracks, minarets our bayonets, the domes our helmets and the believers are our soldiers."

The Völklingen mosque belongs to the Turkish-Islamic Union for Religious Affairs (DITIB), which has close ties to Turkey. "We are being quietly infiltrated by the Turks!" said one participant at the late January town meeting, according to Die Tageszeitung.

The local news paper, however, has used the exact same rhetoric on its editorial pages. "This minaret should not be built," the Saarbrücker Zeitung wrote in late January. "It symbolizes Islam's quest for power and is nothing less than a provocation. In the course of the Muslim conquests, minarets were first used as watch towers and only subsequently as religious symbols. Following the violent seizure of new territories, minarets were built as manifestations of Muslim rule."

Minaret opponents are now looking into the possibility of holding a referendum on the issue in Völklingen. Yet another one.