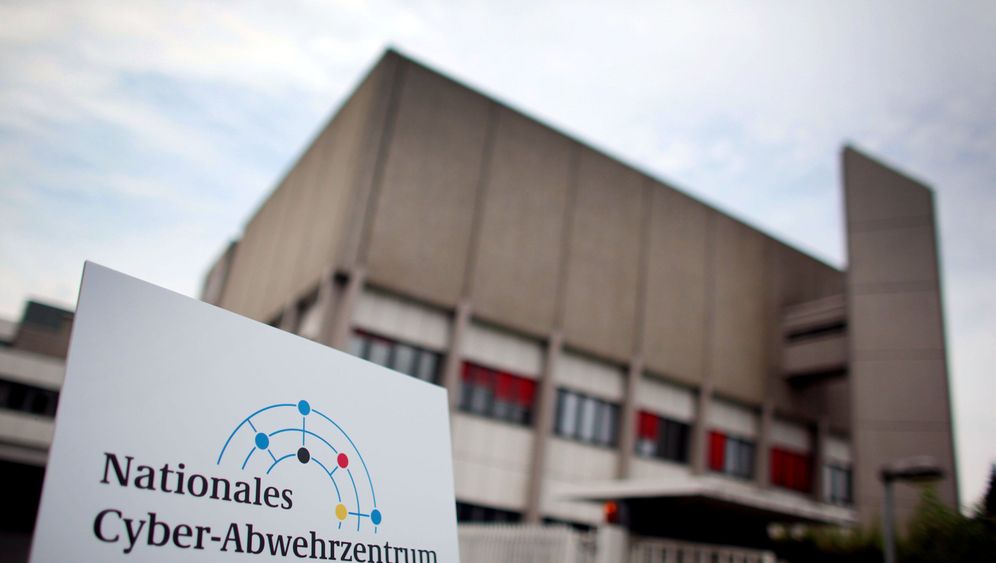 In recent weeks, major hacker attacks have been perpetrated against the International Monetary Fund as well as United States defense giant Lockheed Martin, with the threat of important classified national information falling into the hands of criminals.

For months, German has been reviewing its strategy for dealing with cyber threats. On Thursday it hopes to make a leap forward in the battle when the country's interior minister, Hans-Peter Friedrich, opens a major new National Cyber Defense Center in Bonn.

"There is a new dimension of attacks emerging from the Internet and against the Internet," Friedrich told SPIEGEL ONLINE. "In the past few weeks alone, cyber attacks on companies and international institutions like the IMF have increased rapidly." He added that massive amounts of data had been obtained. "There have been attacks on networks that had previously been considered secure. Cyber attacks against other states are also conceivable."

The Cyber Defense Center marks Germany's first major effort to arm itself in the war against cyber attacks. The horror scenario envisioned by experts is that hackers could disrupt or shut down government networks, critical infrastructure, transportation and power lines or energy supplies. The country could be pushed to the brink if that happened.

Last week, the IMF became one of the latest institutions to be forced to admit it had been the victim of a cyber attack. The New York Times reported that the IMF's computer systems, which contain highly classified data about the financial situation of a number of countries, had been attacked repeatedly in recent months by hackers. The attacks had been large-scale and extremely complex.

In another, yet more spectacular cyber attack, unknown perpetrators managed to breach security and enter the network of United States defense contractor Lockheed Martin. The company is one of the largest suppliers to the US military. In the past, hackers also obtained classified information about the new stealth fighter jet F-35 Lightning II after breaching the network. The breach was reportedly discovered before anything could be stolen. The control mechanisms at industrial facilities are also under threat. Last year, for example, the computer worm Stuxnet succeeded in sabotaging an Iranian nuclear facility.

In 2010, Germany itself saw a dramatic increase in cyber attacks against the government and administrative networks, the Interior Ministry stated in December. A spokesman said 1,600 such attacks had been reported between January and September of 2010, a large increase over the 900 reported during all of 2009. Consulting group KPMG issued a report in September estimating that malware and attacks against companies result in upwards of €10 billion ($14 billion) in economic damage in the country each year.

Newly appointed Interior Minister Friedrich, who is a member of the Christian Social Union, the Bavarian sister party to Chancellor Angela Merkel's conservative Christian Democrats, has defined cyber security as "a central issue" of his term in office. The Cyber Defense Center will be operated under the tutelage of the newly created Federal Office for Information Security (BSI), also located in Bonn. The experts employed by the Defense Center are expected to be able to quickly create an overview of a threat situation, gather information and coordinate defense actions.

"Anywhere malware pops up, we will analyze it in the Cyber Defense Center," Friedrich told SPIEGEL ONLINE. "What is its mode of action? What form of defensive measures are feasible? We will then develop those (measures)." Once that has happened, those being attacked will be offered that means of defense, whether they are companies, the German military or government authorities. "If an attack of this type comes, we will be ready," Friedrich said.

The new facility will initially be staffed with six employees from the BSI as well as two each from the German Office for the Protection of the Constitution (the domestic intelligence agency) and from the Federal Office of Civil Protection and Disaster Assistance (BBK). In the future, the Federal Police, Federal Office of Criminal Investigation, the Bundesnachrichtendienst foreign intelligence agency, the Bundeswehr (the German armed forces), and the Customs Criminal Investigation Office (ZKA) will all place experts at the defense center. Their job will be to collect, analyze and share information with as little bureaucracy as possible.

The Defense Center itself is not being set up as an independent agency, but rather as a joint platform for multiple German government institutions -- and it is only a beginning.

"We are now at the start of a development in many areas -- we are transferring the standards of the analogue world to the digital world," said Friedrich. When asked whether Germany would implement nationwide Internet security measures, the interior minister said: "We will successively review in the coming years which additional legal foundations are needed for the protection of data and critical structure."

The Defense Center will have its work cut out for it, too. On Thursday, the BSI is set to present a 48-page report warning of security holes, attacks on industrial control facilities, identity theft and weaknesses in German and global net infrastructure. Each day, the report states, 13 new security gaps are found in standard computer programs, and 21,000 infected websites are discovered around the world.

The new Defense Center is part of a new offensive on the part of the German government against cyber attacks. In February, Chancellor Merkel's cabinet approved a "Cyber Security Strategy for Germany," the aims of which include protecting critical infrastructure, securing administrative networks and battling crime. The cyber agenda also includes international cooperation and working together with the private sector to ensure online security.

Although parent agency BSI has existed for some 20 years, online threats have grown rapidly in recent years. Hardly a day goes by without headlines about some new and spectacular online data theft.

Germany Amongst 'Top 5' Locations for Botnets

In the new report, the BSI warns, among other things, about the threat of botnets. These networks are comprised of people's private computers, which have been infected with malware and can be controlled remotely -- for sending spam, for example. Germany is one of the "top five" locations for botnets, the report claims, and the threat has "increased massively."

The BSI report also warns about an increase in the number of attacks on mobile communication. It states that GSM-based phones are fundamentally vulnerable to attacks. But the report also advises that, if information that needs to be protected must be exchanged between devices, then systems with hardware encryption should be used. The report notes that malicious software programs known as Trojan horses can infect smart phones through apps and warns that many users aren't regularly updating their mobile phone operating systems -- a step that can make the devices less vulnerable to attacks, since many software updates are security related.

BSI also lists an increasing threat of software weaknesses as well as a rise in targeted attacks against individuals, who are trapped using sophisticated tricks through so-called "spear phishing," where targeted, apparently authentic emails are used to acquire users' personal data such as passwords or credit card details. Makers of antivirus software have also warned of such attacks.