The most obvious election night flop in Germany was that turned in by the Free Democrats. For the first time ever, the party will not be sending delegates to the federal parliament in Berlin.

But the Green Party, which as recently as 2011 looked like it might challenge the center-left Social Democratic Party (SPD) for the honor of being Germany's second largest party, also imploded. On Sunday, it managed a mere 8.4 percent of the vote, well below the 10.7 percent it won in 2009 -- and far, far below expectations.

Now the finger pointing has begun in earnest -- despite the fact that there remains a theoretical possibility that the Greens could end up as Chancellor Angela Merkel's junior coalition partner. On Monday, the party announced it would choose a new leadership team at a congress scheduled for November. Green co-chair Claudia Roth said that, after 13 years as one of the party's leaders, she will not be running for a top slot. Both parliamentary floor leader Renate Künast and Jürgen Trittin, one of the Greens' two top candidates in Sunday's election, followed Roth's example on Tuesday. Katrin Göring-Eckhardt , the party's other top candidate, has not yet indicated what she plans to do.

The pressure will be great to step down. Already, former party bigwigs and current leaders have begun venting their frustrations, with former Foreign Minister Joschka Fischer leading the way.

"It looks almost as though the current leadership of the Greens has gotten older but still hasn't grown up," Fischer told SPIEGEL following Sunday's vote. "They followed a strategy that not only failed to win over new voters, but drove away many old ones." Noting the party's focus on tax hikes and social spending during the campaign, Fischer said that emphasizing a "leftist course" was a "fatal mistake."

Former party head Reinhard Bütikofer has likewise not been complimentary of the current Green leadership. "The failure … to engage in a serious debate with Chancellor Merkel regarding … her policies for Europe granted her political hegemony" on the issue, he told SPIEGEL. He also criticized Trittin for being a mouthpiece of the party's left wing.

There is, he said, "no way around" a leadership reshuffle.

Sunday's election result was a major comedown from recent expectations. Though Merkel has hinted that she will at least sound out the Greens as she seeks to build a coalition, there is little appetite on either side for an alliance. Indeed, Horst Seehofer, the head of the Christian Social Union (CSU), the Bavarian sister party to Merkel's Christian Democrats, ruled out a partnership with the Greens in an interview with SPIEGEL, to be published on Wednesday. "I can only say that a flirtation with the Greens, particularly in its current constellation, would immediately strengthen the extremist right wing," Seehofer said.

That means that the Green Party is likely staring at its third consecutive legislative period on the opposition bench. By itself, that is not terribly surprising -- polls had long shown that a victory for the Social Democrat/Green pairing was a long shot. But it had always been assumed that the SPD would be the weaker party in such a pairing. As recently as 2011, the Greens were riding a wave of unprecedented support and spent months polling above 20 percent nationwide.

But it didn't take long for the numbers to start dropping. There were several reasons for the plunge. Initially, it was merely a correction following the bubble of support created by the March 2011 nuclear disaster at Fukushima. But the party appeared to genuinely believe that it could become a third, broad-based party with mass appeal on the model of the CDU or SPD -- a so-called Volkspartei.

To that end, it assembled a campaign platform heavy on social issues to go along with a pledge to raise taxes instead of focusing on its traditional areas of environmental issues, Europe, education and gender equality. An ill-advised proposal to introduce one vegetarian day a week in German cafeterias didn't help. Pollsters have identified the tax plans as one of the primary reasons for the party's poor showing on Sunday.

Many critics both within the party and elsewhere say the Greens came off as know-it-alls in the campaign. "We have developed the image of a schoolmarm party, which we never wanted," Green Party member Robert Habeck, who is energy minister for the state of Schleswig Holstein, told SPIEGEL. He said the party's campaign platform read as if it sought to "morally enlighten humanity," adding that the party "had lost its last shred of magic."

There was, though, more to the Green collapse than just its platform and its campaign. Jürgen Trittin has also faced criticism in recent weeks for his involvement in the Green Party's pedophilia scandal. In August, it became known that Trittin provided his tacit approval in the 1980s to the party's call for striking laws banning pedophilia in Germany. Trittin expressed his regret, but the timing of the revelations, even though they related to an event that took place 30 years ago, could not be overcome.

Seehofer referred to the scandal in his interview with SPIEGEL, saying that one of the reasons he couldn't imagine a partnership with the Greens was the "past of Jürgen Trittin and Volker Beck," another member of the party implicated in the pedophilia scandal. "That upset me more than anything has in quite a while," Seehofer said. "For me, a line has been crossed."

The Green Party, meanwhile, appears to be heading for a difficult process of evaluation and reinvention. "We would be wise to question everything and everyone," Habeck told SPIEGEL. "We can't just return to business as usual. We could have made history in this campaign ... We have missed an extraordinary opportunity." 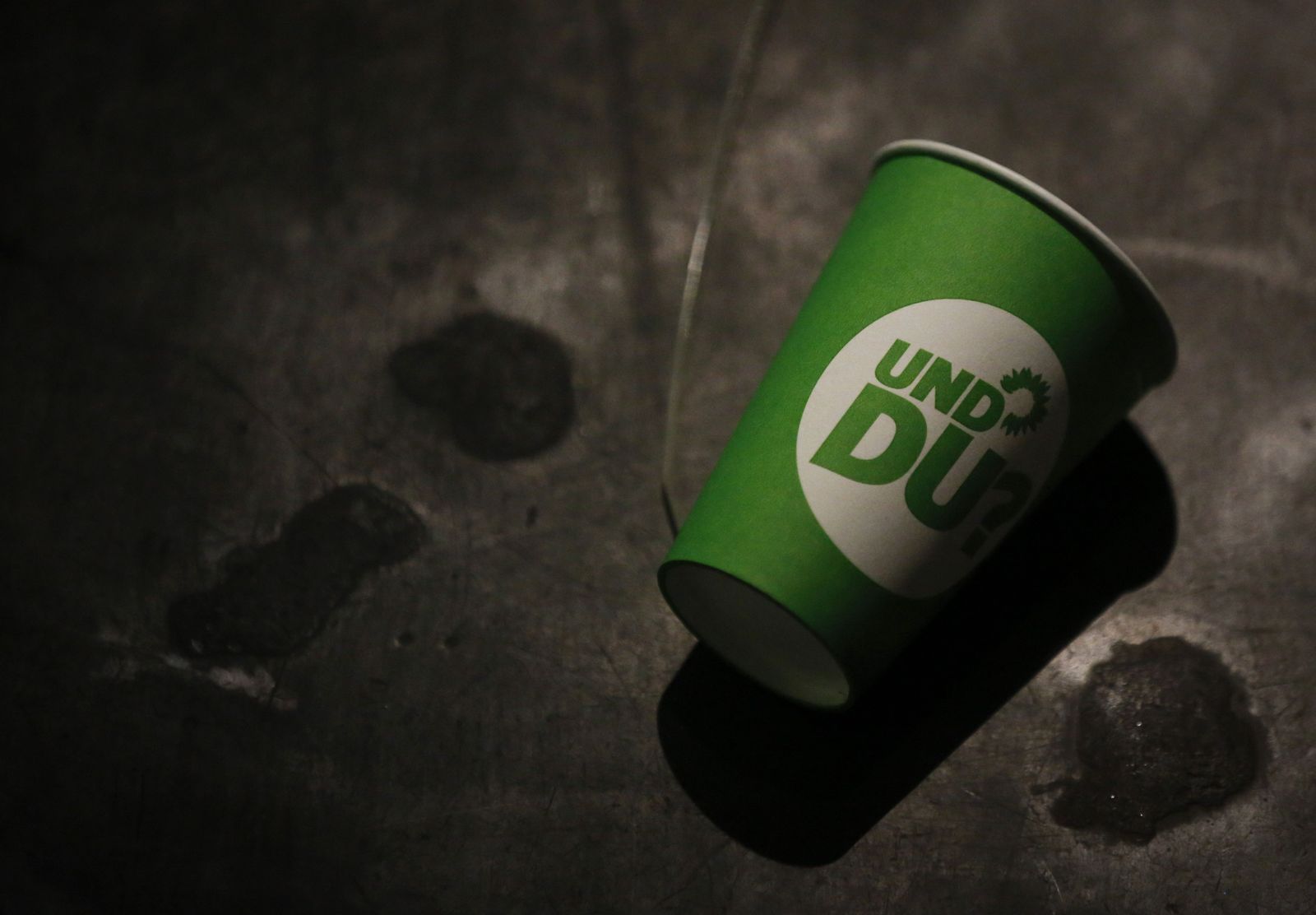