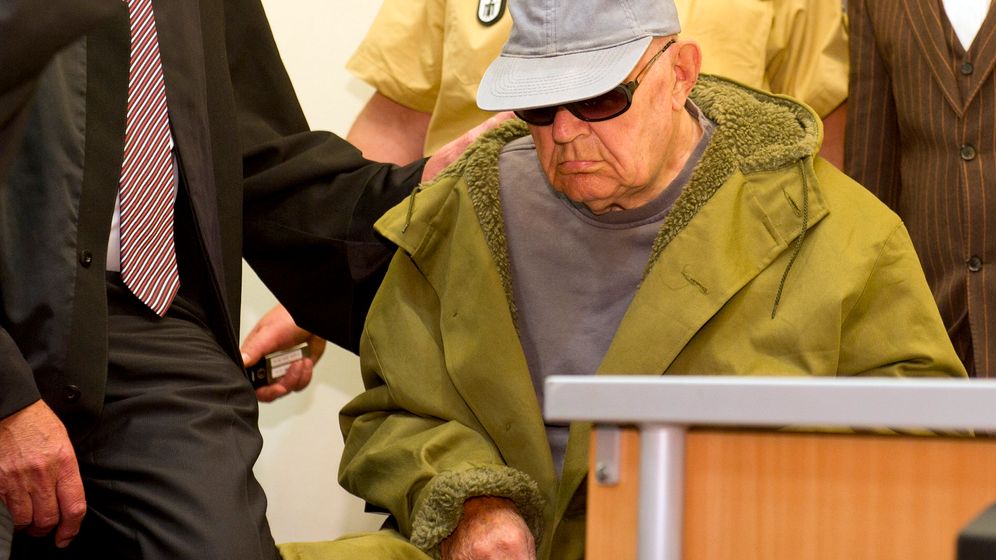 Many had thought that John Demjanjuk, the former SS guard accused of abetting the murder of 27,900 Jews at the Nazi death camp Sobibor during the Holocaust, might avoid prison time after all. But on Thursday, a German court found Demjanjuk guilty and sentenced the 91-year-old to five years in prison.

The judge, however, ordered that Demjanjuk, who has spent the last two years behind bars, be set free despite the sentence.

Thursday's verdict comes after a 17-month-long trial which generated massive media attention around the world. Immediately prior to his verdict, Demjanjuk declined an opportunity to speak to the court on his own behalf. He showed no reaction when the verdict was announced. His defense team has said it would appeal any guilty verdict.

"The court is convinced that the defendant served as a guard at Sobibor from March 27, 1943 to mid-September 1943," Judge Ralph Alt said.

Demjanjuk, a retired autoworker, had been living in Ohio until he was deported to Germany to stand trial exactly two years ago. He has denied the charges against him and insists that, as a prisoner of war, he had few options. "I find it an unbearable injustice that Germany, with this trial, is trying to make me out to be a war criminal, when I was a prisoner of war, and wants to use me to distance itself from its own war crimes," he said in a statement which was read out by his defense attorney Ulrich Busch in court last year. The trial, he said, amounted to "torture."

Born in Ukraine in 1920, Demjanjuk was taken prisoner by the German Wehrmacht following a May 1942 battle on the Eastern Front. He was trained as an SS assistant at the Trawniki training camp before being posted to Sobibor, located in Poland. After the war, he emigrated to Cleveland, changed his first name from Ivan to John and got a job with Ford.

The Munich trial which came to an end on Thursday was far from Demjanjuk's first courtroom experience. In 1986, he was extradited to Israel to stand trial on accusations that he had been a guard at the Treblinka death camp -- he was thought to be the notorious "Ivan the Terrible." He was sentenced to death in 1988, but the conviction was overturned in the early 1990s when it was determined that he was not, in fact, Ivan the Terrible and had never been a guard at Treblinka.

Demjanjuk attended his Munich trial in a wheelchair, and sometimes was wheeled in lying in a bed. His family insisted throughout that he was too old and frail to stand trial, but numerous medical evaluations found otherwise. Demjanjuk's son, John Demjanjuk Jr., told Reuters in an e-mail ahead of the verdict that "nothing the Munich court can do will atone for the suffering Germany has perpetrated upon (my father) to this day."

With no surviving witnesses, Demjanjuk's conviction hinged on contemporary documents and on a Nazi ID card, which the defense insisted was a Soviet fake. While there was no evidence of Demjanjuk's participation in any specific crime, prosecutors argued that death camp guards were an essential part of the Nazi killing machine. His defense team also argued that, as a prisoner of war, Demjanjuk would have been shot or would have starved to death had he refused to become a guard.

A quarter million Jews were killed at Sobibor during the Holocaust. 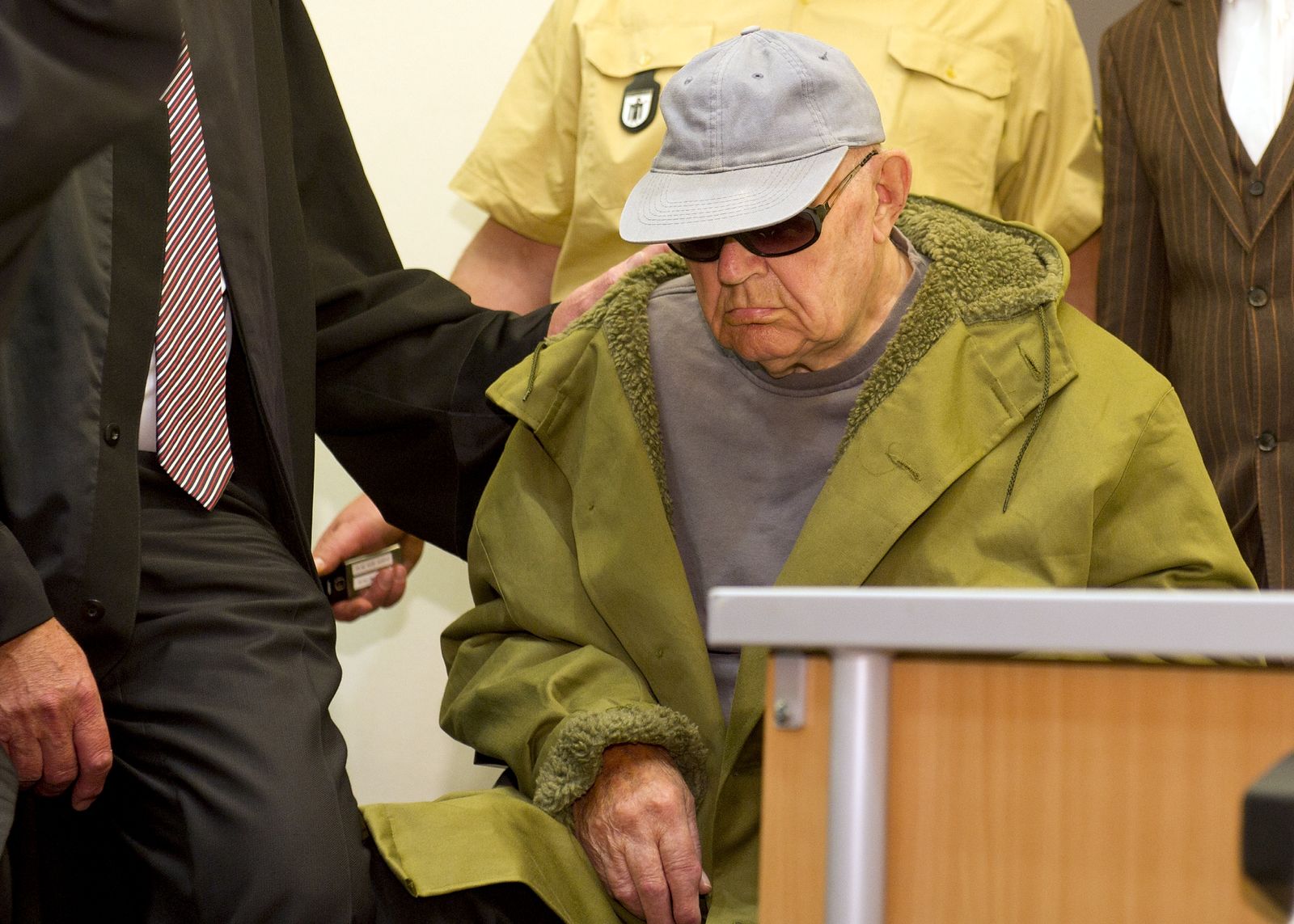 John Demjanjuk, 91, was sentenced to five years in prison on Thursday on charges that, as a guard at the Sobibor death camp during World War II, he had abetted the murder of 27,900 Jews. 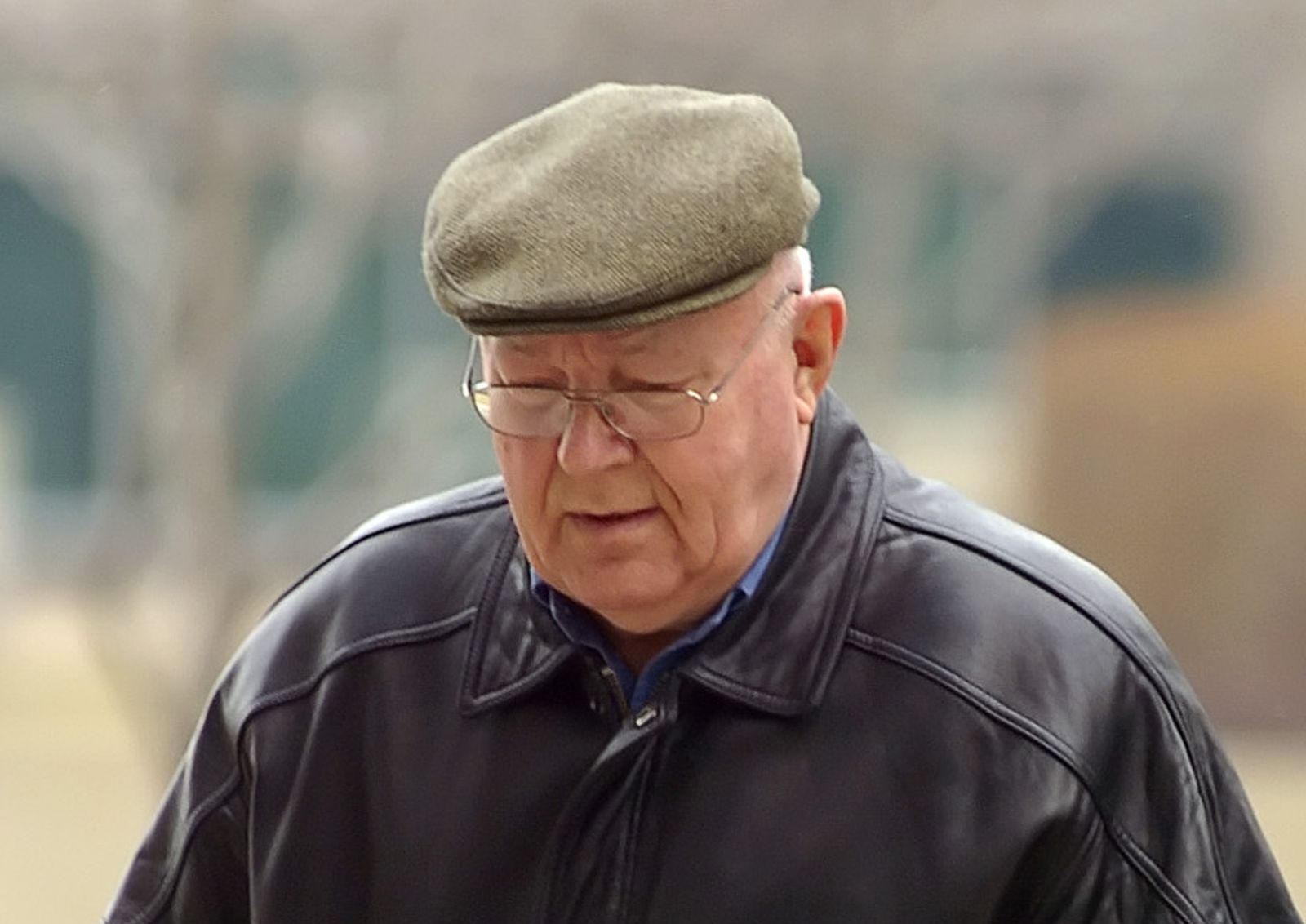 Demjanjuk showed little reaction on Thursday when the verdict was announced. Prior to being deported to Germany, he had been living in Ohio. This image is from 2005.