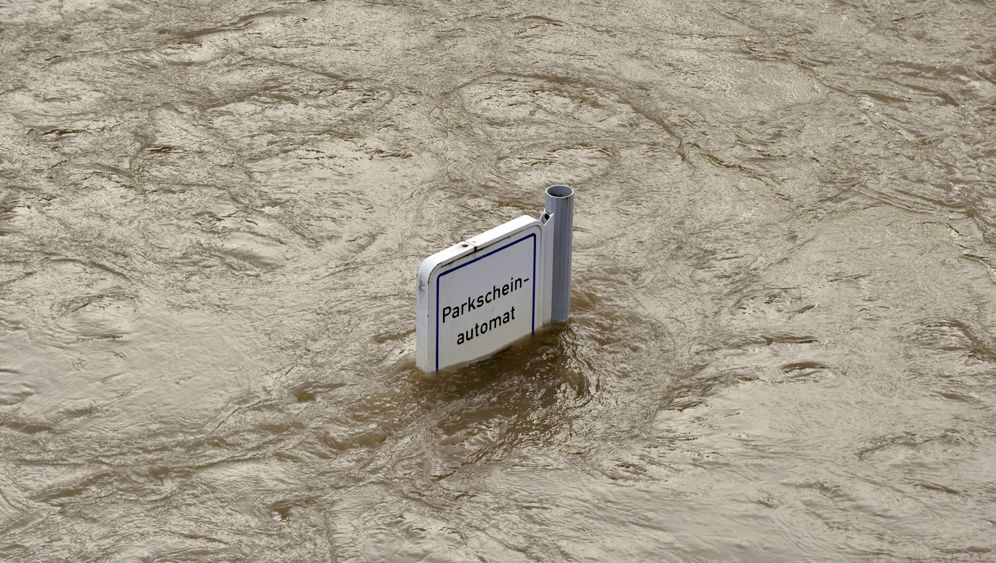 Flooding that inundated cities and towns along two of Germany's most popular wine routes over the weekend began to subside on Monday. The region was spared the kind of catastrophic flooding seen along the Rhine and Mosel rivers during the 1990s.

The Rhine River spilled over its banks in Koblenz and parts of Cologne, causing shipping and other water traffic between the cities to be suspended. In Koblenz, where the Mosel converges into the Rhine, flood waters swept over the city's main landmark, the famous Das Deutsche Eck (German corner) monument to German Emperor Wilhelm I.

But the worst appeared to be over near Koblenz. "I assume that we have reached the peak (of floodwaters)," a spokeswoman for the Rhine Flood Center in Mainz told reporters. On Monday afternoon, water levels there remained stagnant.

Towns along the winding Mosel River in the western state of Rhineland-Palatinate didn't fare as well, however, and some were submerged under several meters of water on Sunday. By Monday, though, waters had begun to recede in many areas. In the downtown area of historic Zell authorities had succeeded in pumping out floodwaters and cleaning up the city streets.

"Overall, the water levels seem to be falling -- slowly, but steadily," officials at the Mosel Flood Center in Trier told reporters.

Flooding also affected other German states, including North Rhine-Westphalia, Hesse, Saxony-Anhalt, Baden-Württemberg and Bavaria. Officials in the eastern part of the country remained concerned about the threat of flooding along the Elbe, Oder and Spree rivers, where they feared ice buildups and melting snow could create problems.

This latest batch of extreme weather in Germany has caused road closures, disrupted traffic and damaged property. Weather-related incidents claimed two lives in southern Germany over the weekend. Along the Enz River in the southern state of Baden-Württemburg, the body of a 50-year-old kayaker was found dead. Elsewhere in the state, a 67-year-old man died after snow caused scaffolding to fall on his head.