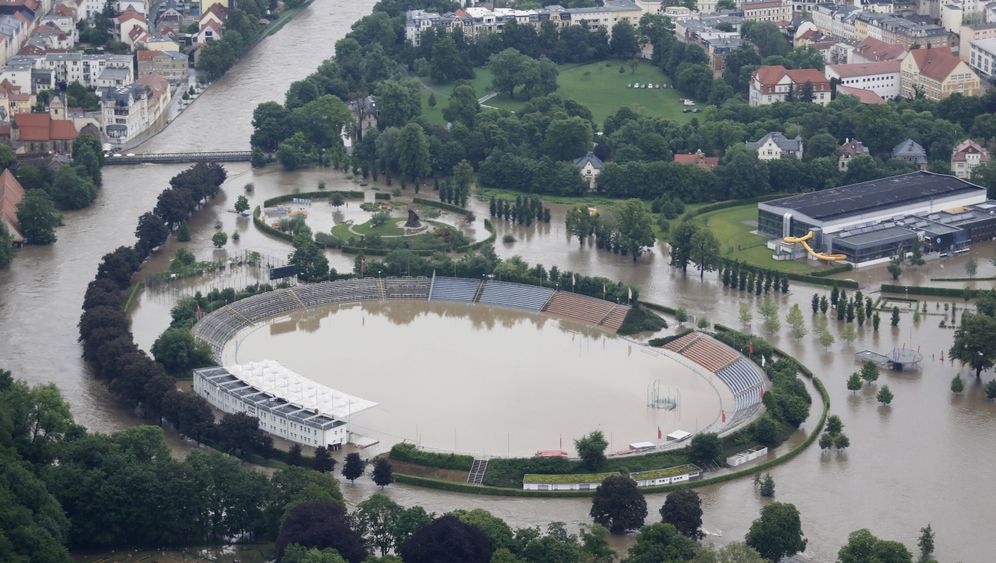 After a miserably long winter followed by a cold, rain-drenched spring, the start of summer has brought severe flooding in Germany and neighboring Austria and the Czech Republic, killing at least nine people so far and awakening unhappy memories of the disastrous deluge of August 2002.

There's no respite in sight, with Germany's weather center warning of further heavy rainfall on Monday in the worst-affected regions of southern and eastern Germany.

Thousands of people have been evacuated from low-lying areas, historic town centers are under water, schools are closed and high-school exams have been postponed, all to the grim soundtrack of emergency sirens and the merciless rushing of water.

Five people are reported to have been killed in the Czech Republic, including two men on a river rafting tour. Two people have died in Austria and two in Germany. Several more are missing.

The federal army has been called out to provide assistance in Germany. States of emergency have been declared in a number of areas including the Bavarian city of Passau, where the Danube rose above 12.2 meters (40 feet) on Monday, its highest level on record. The historic city center is under water and the power supply to that district has been shut off.

In the eastern state of Saxony, dams were abandoned and given up in several places to allow emergency workers to concentrate on rescuing people instead.

Chancellor Angela Merkel said on Sunday the affected areas would receive "full support." If the flooding gets worse, her response is likely to come under scrutiny, especially with a general election less than four months off. In 2002, also an election year, then-Chancellor Gerhard Schröder scored valuable points with voters by taking a hands-on approach, touring the worst-affected areas in rubber boots and quickly arranging a disaster relief fund.

A sea of sandbags has been piled up along the banks of the Elbe River in the Saxon capital of Dresden, famous for its baroque architecture. Dresden was badly hit by the 2002 flood when the Elbe burst its banks and flooded parts of the old town.

By contrast, water levels were falling on Monday in southwestern Germany, although the Rhine and Main rivers in western Germany remained high.

In Prague, soldiers have erected metal barriers and piled up sandbags to protect the historic center from flooding. There too, the rising water levels have brought back memories of floods in 2002 that killed 17 people, forced tens of thousands from their homes and caused billions of dollars in damages.

For much of Europe, the weather hasn't been good this year. April showers were followed by more showers in May, when 178 percent more rain fell than the year before, according to estimates of Germany's National Meteorological Service (DWD).

The DWD says that, from Germany's northern coastlines to the Alps, the earth is wetter than it has been in 50 years. This broad swath of muddy soil is causing major problems for the agricultural industry, the DWD reports, making it impossible to drive on 40 percent of fields, use machinery or spray against pests, diseases, molds or weeds.