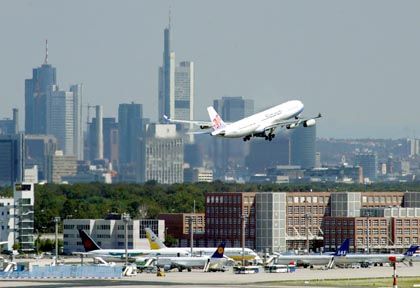 Frankfurt airport was one of the suspects' targets.

One of the three terrorism suspects arrested two weeks ago in Germany worked at Frankfurt Airport, SPIEGEL has learned.

Turkish citizen Adem Yilmaz from the town of Langen in western Germany was employed in the security division of rail operator Deutsche Bahn from 1997 until 2002.

During that time he worked in the railway station of Frankfurt airport for a time. The airport was one of several targets the three men are alleged to have considered.

He left the job in 2002 and drew unemployment benefit after that.

The Federal State Prosecutor's Office is trying to identify supporters of Islamic Jihad Union, the group which claimed responsibiliy for the foiled plot.

A total of eight people have been identified as possible helpers and are being sought.