At the end of this season, Jonas Boldt will be leaving Bayer Leverkusen, as the team announced a short time ago. Yet as recently as this past summer, it looked as though Boldt had reached yet another pinnacle of his still developing career.

Indeed, Boldt's professional development has been rapid and impressive. In 2003, he completed an internship. He then went to South America as a talent scout for Leverkusen where he discovered midfielder Arturo Vidal, who is today a world-famous star playing for FC Barcelona. Boldt rose through the ranks to become the team's head scout and the assistant to then-Sporting Director Rudi Völler. In 2014, he was named team planner.

Then, in July of this year, Boldt was promoted to the position of sporting director himself, at the age of 36. In the football industry, he is considered an outstanding practitioner with excellent contacts. Völler, who now holds the title of managing director of sport, says of his departing protégé: "I have no doubt that we will see him again at a very high level."

That, though, is far from certain. There is, after all, an incident that took place in spring 2015 -- one which casts a significant shadow on Boldt's credibility. That year, the team executive played the role of accomplice to three player agent friends of his, making what seemed to be a fake offer -- in the name of Bayer Leverkusen -- for a goalkeeper. As a result of that offer, the three agents were able to decisively improve their negotiating position in contractual talks with a Premier League team. In part thanks to Boldt's assistance, the agents were able to push through a more expensive contract for the player and secure a hefty fee for themselves.

In the business of international football, there have long been rumors that agents and club executives sometimes join forces to line their pockets during transfer deals or contract extensions. Usually, the suspects are able to simply brush off such conjecture. After all, there generally isn't any proof because they tend to be verbal agreements.

Not so in the case of Jonas Boldt. The Leverkusen executive sealed the deal with his agent buddies in writing. The emails in question are part of the huge trove of data made available to DER SPIEGEL by the whistleblower platform Football Leaks, which the newsmagazine then evaluated together with its partners in the European Investigative Collaborations (EIC) reporting network.

Interdependence of Agents and Executives

Thanks to those documents, a story can now be told that was never meant to see the light of day. It shows that cronyism is thriving behind the scenes of Bayer AG, despite the company's eagerness to protect its reputation. The Boldt case reveals the interdependence of agents and club managers. And it also confirms all of the prejudices with which the world of professional football constantly finds itself confronted: that the millions of euros that are constantly flying back and forth are enough to erode the moral compass of even intelligent people like the Bayer Leverkusen sporting director.

Boldt's network leads to his hometown of Nuremberg in southern Germany, where three former Adidas managers founded a sports agency in 2013 called Spielerrat. In the ensuing years, they repeatedly reminded each other of their good intentions: that of representing a counterweight to the many black sheep in the industry who distinguish themselves by unfettered greed. In a statement, they even welcomed "EIC's activities with regard to its reporting on the football industry."

The founders of Spielerrat are named Daniel Delonga, Thorsten Wirth and Hannes Winzer and they met while working for Adidas. Delonga was involved in sports marketing, where he looked after players on the German national team. Wirth, also a member of the marketing department, dealt with foreign players. And Winzer was responsible for football scouting. One of the first big names in their portfolio was Per Mertesacker; now Spielerrat represents young members of the national team like Kai Havertz and Serge Gnabry.

The agency has also worked together with Lukasz Fabianski for quite some time, a 33-year-old professional who now plays for West Ham United. Goalkeeper for the Polish national team, Fabianski was the player involved in the deal between the agents and Boldt. For seven years, he played for FC Arsenal in England, but he was never able to become the team's top keeper. When his contract expired in 2014, he remained in the Premier League, transferring without a fee to Swansea City, where he signed a contract until 2018.

The keeper played an excellent inaugural season at Swansea, not allowing a single goal in 13 league matches, and in April 2015, the founders of Spielerrat realized that there was money to be made. Wirth wrote an email to his colleagues: "If the chess move works, we will be able to significantly increase our earnings from Fab."

They apparently had an idea.

A short time before, Wirth had informed his colleagues of insider murmuring that was to be treated with the utmost discretion: "It could turn into a brutal boomerang for all those involved if it becomes public."

Wirth related the story of a fake offer that a team in Germany's top league, the Bundesliga, had obtained from a Premier League club during its efforts to sell a player to a different Bundesliga team. This fake offer, which had allegedly been obtained with help from the player's agent, ultimately led the second Bundesliga team to increase its offer by an extra 2 million euros. The selling team then used a portion of that extra money to pay the agent 800,000 euros for his role in the deal. Wirth wrote to his partners: "A smart, dirty move. No matter what you might think of it from a moral perspective, it worked."

In response to a request for comment from DER SPIEGEL, the player agents stated that they had expressly rejected the business practice. In the Football Leaks documents, however, that rejection sounds a bit more ambivalent: "I don't find it completely reprehensible," writes Delonga, but it's "not our style."

A few weeks later, the Spielerrat trio came up with the idea of using the same "dirty trick" with their client Fabianski. And Jonas Boldt, sporting director at Bayer Leverkusen, was to help them.

The four-year contract Fabianski signed in spring 2014 with Swansea City guaranteed him a basic salary of 35,000 pounds per week. But after his first, immensely successful season, Spielerrat demanded that the keeper's wages be increased to 50,000 pounds per week. In return, the Polish player would agree to the elimination of his 4-million-pound exit clause. The agents had also thought of themselves when making the proposal: A one-year contract extension to 2019 would result in an agency fee of 760,000 pounds for the first season and 480,000 pounds for each of the ensuing three seasons. The total agency fee was thus 2.2 million pounds for the melioration of a contract that still had three years to run.

Why should Swansea City agree to such a thing? The team was familiar with the market and knew that there weren't likely to be too many offers for a 30-year-old keeper who had just finished his first full season as a starting Premier League player. The trio from Spielerrat needed to exert some pressure to push through their demands.

Swansea quickly agreed to raise Fabianski's pay in accordance with the demands. But there was still disagreement when it came to the exit clause and the agency fee. Wirth informed his partners: "Lukasz is mega-happy in Swansea. We have no other, and especially no better, offer up our sleeves." But the agents kept pushing nonetheless.

On May 28, 2015, they launched their own "dirty move." On that Thursday, Wirth sent his colleague Delonga a draft of the "Boldt email," as he called it. In the message, which Wirth formulated on behalf of the Bayer Leverkusen executive, the claim is made that the German team was "explicitly" registering its interest in the Polish national team keeper. The move, the email says, comes in response to the possible sale of Leverkusen's then-keeper Bernd Leno. "Should changes develop regarding Leno, then Lukasz -- with the form he showed last season and the exit clause outlined -- is an absolute top candidate for us." The letter closed with a request that he, Boldt, be kept informed by Spielerrat of the negotiations with Swansea.

The objective, Wirth told his colleagues, was to have Boldt send this preformulated email to the agency the next day. He wrote that he would then write a "fake" reply that the agents planned to wait to see what happened over the weekend and would continue to negotiate exclusively with Swansea.

That same day, Wirth's Spielerrat partner Delonga wrote to Boldt with instructions: "Hi Boldinho, I want to thank you for your support on Fabianski. Big big THX!!! Please send the following email to Toto (eds: a reference to Wirth), which he will then answer and, if need be, forward on to Swansea. Muchas gracias, dd."

"Boldinho" apparently had no scruples. Even though, he knew the agents planned to use the mail to put pressure on his management-level counterpart at Swansea.

The next day, the Leverkusen executive sent the prefab email to Wirth, having only changed the greeting. And recipient Wirth answered immediately: After all, he was already well aware of what it said. "Thank you! I guarantee the utmost confidentiality! I'm going to now send you another pro forma reply." Wirth wrote to his colleagues: "Jonas is doing us a favor and is relaxed about the whole thing." When Hannes Winzer, the third member of the Spielerrat triumvirate, learned of the plan, he wrote to his colleagues: "You rats ... Awesome move."

The article you are reading originally appeared in German in issue 50/2018 (December 8th, 2018) of DER SPIEGEL.

The managing director of sport at Bayer Leverkusen, a team 100-percent owned by the DAX-traded company Bayer AG, was apparently relaxed about sending a fake offer to agents in the club's name so that these agents could earn a fee of over a million. Why did he do this favor for the agents?

When negotiations over the Fabianski contract began to falter, Wirth forwarded the conversation with Bayer Leverkusen to Swansea chairman Huw Jenkins. Swansea, he wrote, had had enough time and he now had to act in the best interests of his client - even if his client had said that he was happy at Swansea.

The dirty alliance ultimately worked. Swansea City responded to the pressure by extending Fabianski' contract and the agency ended up with a commission of 1.3 million pounds.

When contacted by DER SPIEGEL for a response, Bayer Leverkusen Managing Director of Sport Rüdi Völler said that "a number of goalkeepers were being considered as possible candidates to replace Bernd Leno" in May 2015. And that, "in a few cases, that was also communicated to agents of the players in question." The Bundesliga team did not deny Boldt's fake offer, but it did state on his behalf that he "never had a financial stake in transfers or contract renewals of the team's own members or external players."

A lawyer for the agents from Spielerrat issued a statement on their behalf saying they would not tolerate "false or speculative reporting." The statement said Leverkusen had been interested in Fabianski and that Spielerrat's aim had been to achieve "clarity" for all parties.

When Bayer Leverkusen recently announced Jonas Boldt's departure, the executive said that after 15 years, he had reached a point at which further development was only possible through change. At the beginning of the month, his job was taken over by the former Bayer Leverkusen captain Simon Rolfes. The club announced that Boldt would stick around to familiarize Rolfes with his new position.

Against the backdrop of Boldt's work at Leverkusen, the term "familiarize" takes on a strange new meaning. 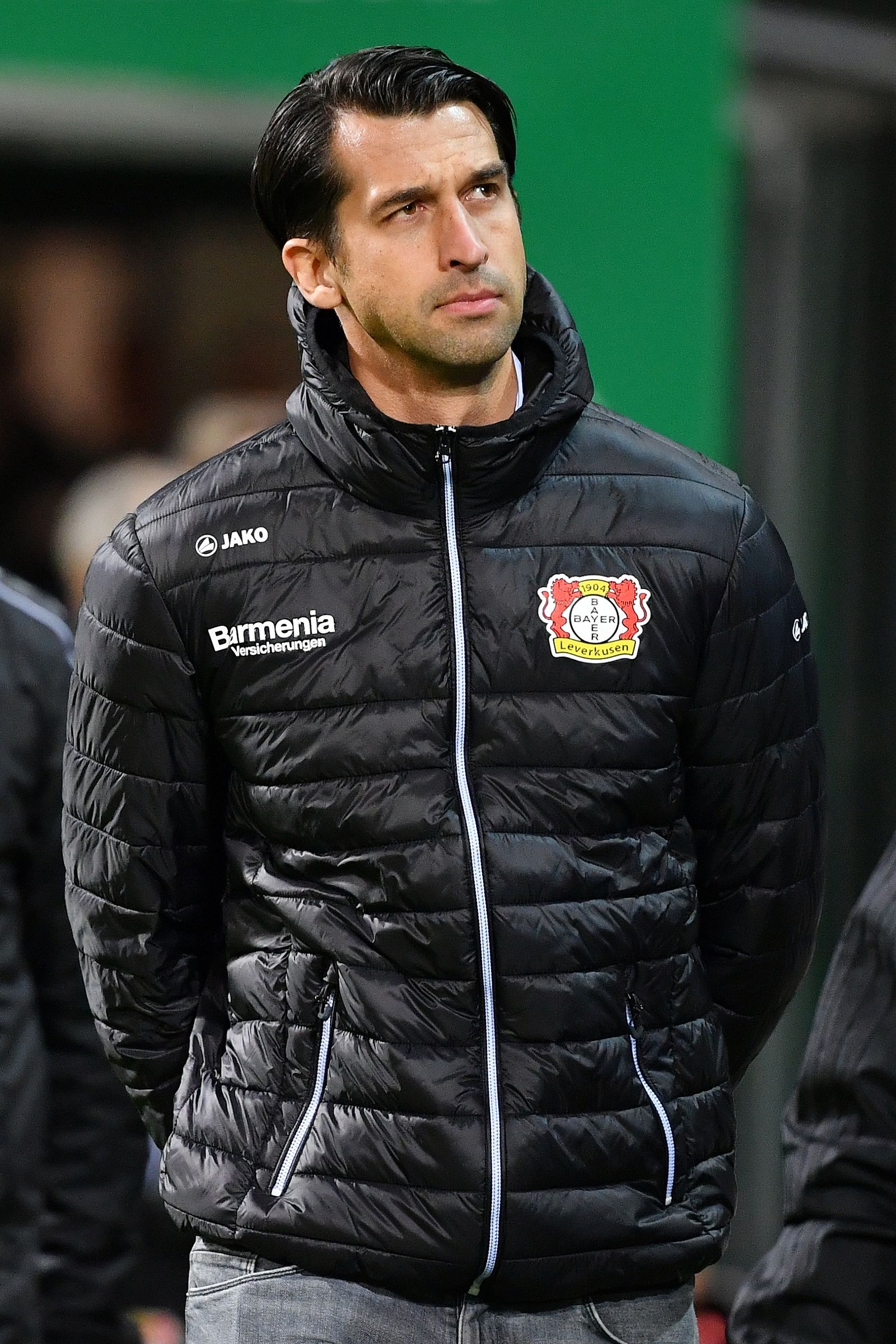 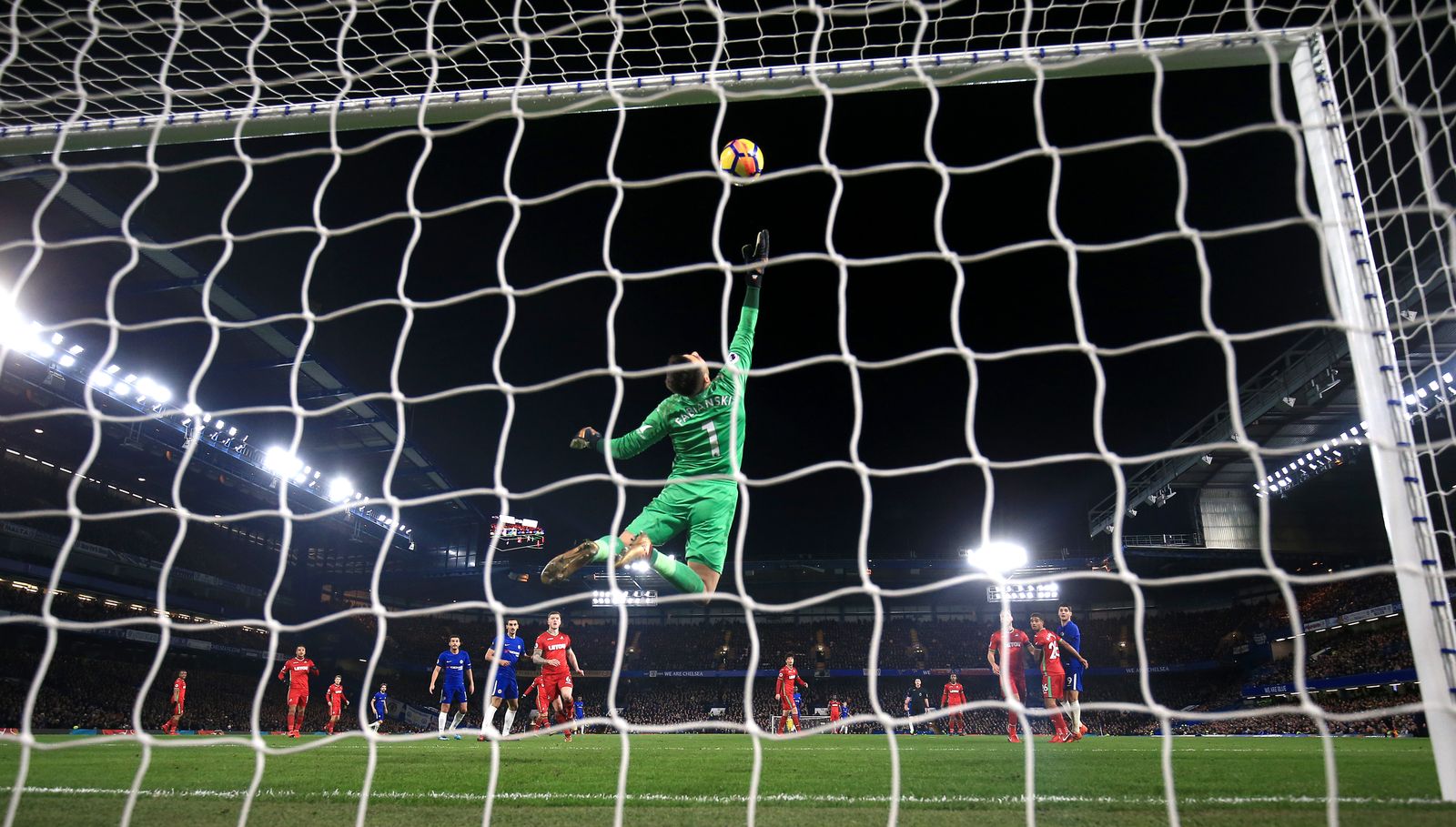