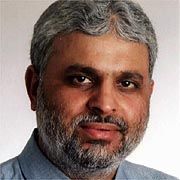 Aleem Nasir was interrogated in Pakistan and then picked up by the German police when he landed in Frankfurt.

When Aleem Nasir returned from Pakistan on Aug. 25, an unusual VIP service was waiting for him at Frankfurt Airport: A police car took the dealer in semi-precious stones directly to a clinic in Mainz, where he was given a blood test and his hand and arm were photographed. The 45-year-old, who lives in Germersheim in the German state of Rhineland-Palatinate, was far from overjoyed about this unexpected medical examination. After all, the investigators were hoping for a diagnosis that would hardly be favorable to him: They were hoping to prove him a terrorist.

The enforced medical examination had been requested by the Office of the Federal Prosecutor, which had been given carte blanche by Ulrich Hebenstreit, an investigative judge at Germany's Federal Court, in early August. According to a court order written with apparent haste, the examination was intended to prove that Nasir had spent time in an al-Qaida training camp in northern Pakistan. It was alleged that he had attempted to mix "250 grams (8.8 ounces) of potassium nitrate with red phosphorus" and "injured his right hand and arm" when the dangerous concoction exploded.

But so far, the attempt to secure evidence from Nasir's body has not yielded the unambiguous results that had been hoped for. And now the investigators face another problem: The tip-off about Nasir's alleged handling of explosives came from the notorious Pakistani intelligence agency Inter-Services Intelligence (ISI) who interrogated him in Islamabad in June. Nasir says the ISI men, some of them masked, beat him "until I could no longer stand it." The interrogations would routinely begin with between three and five punches and slaps. He was held in an ice-cold cell in a special prison with just five cells run by Americans, Nasir says. In the end, he says, he gave a false testimony just to get out of there.

The allegations are explosive -- particularly in Germany. It is the first time since the Sept. 11, 2001 attacks that German authorities have based the core part of an ongoing terrorism case on the results of questionable interrogation methods. The evidence comes from a country that Amnesty International accuses of carrying out "arbitrary arrests" and of not paying much heed to suspects' basic human rights, particularly terror suspects. Former inmates report having been tortured, says Amnesty. And the German Foreign Ministry also calls the human rights situation in Pakistan "as problematic as ever."

The case is adding fire to a debate in Berlin about where exactly the line should be drawn in the fight against terrorism, and about whether German authorities "profited from forbidden fruits still marked with dried blood," as Wolfgang Wieland, a member of the opposition Green Party, puts it. A parliamentary commission is currently exploring this question in the Bundestag. In 2006 the chancellery already prohibited Germany's foreign intelligence agency, the Federal Intelligence Service (BND), from carrying out interrogations in countries such as Syria and Pakistan. 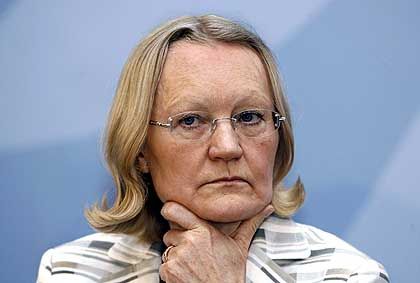 Since then investigators have continued to evaluate information coming from dubious sources. But using such information in preliminary proceedings was considered taboo -- even for officials working for Germany's Chief Federal Prosecutor Monika Harms. This led the prosecutors to shred US files containing interrogation statements by Ramzi Binalshibh -- the alleged chief logistician behind the Sept. 11, 2001 terror attacks -- when it transpired the CIA sometimes uses interrogation techniques such as "waterboarding," which involves submerging the prisoner in water. The transcripts of a visit German investigators paid the Syrian-born German citizen Mohammed Haydar Zammar in Damascus were also not used in German proceedings -- because Zammar, another al-Qaida member, had been interrogated in Syrian prisons.

The federal prosecutors have strayed from this clear principle in the case of Nasir, even if Justice Minister Brigitte Zypries from the Social Democrat Party (SPD) presents sophisticated arguments to show it is all just a matter of following an "investigative lead." Zypries does not believe a precedent has been set.

The behavior of the investigators also reveals how much they suspect Nasir -- and how difficult it would be to prove him guilty. The father of four was born in Pakistan, is married to a German and has been a German citizen since 1992. The German authorities have considered him a "danger" for some time. Indeed, federal prosecutors had already investigated Nasir once before when he allegedly remarked, after the Sept. 11, 2001 terrorist attacks, that such attacks would now occur "everywhere, including Germany." The investigation didn't lead to a conviction.

So the Germans were of course excited when they heard about Nasir's arrest in Pakistan on June 18, 2007. He simply corresponds too well to the image German Interior Minister Wolfgang Schäuble of the Christian Democrat Party (CDU) has been conjuring up for months: that of German Islamists' Pakistan connection.

While Nasir himself admits to having been in Wana, a city in the lawless region of Pakistan widely held to be an al-Qaida stronghold, he also says all he did there was purchase lapis lazuli. And in fact he was carrying 25 kilograms (55 lbs) of the semi-precious stones when he was arrested.

The ISI reports, on the other hand, state that Nasir admitted to having been invited to a training camp by an al-Qaida functionary, Abdul Rehman, and that while there he mixed the explosives correctly the first time around, and injured himself during his second attempt. According to the ISI, Nasir also provided al-Qaida with binoculars and night vision devices in addition to transporting money for the group.

Another statement by Nasir illustrates just how closely Germany and Pakistan have cooperated on this case -- if the statement is true. Nasir says that his Pakistani interrogators repeatedly showed him photographs of Fritz Gelowicz. The German convert to Islam was part of the Islamist cell recently discovered in Germany's Sauerland region, which is accused of planning terror attacks in the country. The images of Gelowicz -- mostly photos taken while he was under observation -- come from the German prosecutors' files. Nasir says he did not encounter German investigators in the prison where he was held. "But," he adds, "my interrogators had been fully briefed by the German authorities."