SPIEGEL ONLINE: Frau Rossmanith, in your book you pose the question of whether women make better murderers than men. Is that the case?

Rossmanith: They are certainly more creative than men. More inventive. Take the revenge incident that I describe in the book: An unfaithful wife from Asia passionately kisses her partner -- and in doing so slips a cyanide capsule into his mouth, which he is forced to swallow. She combines an act of love with the murder. Would a man come up with such an idea?

SPIEGEL ONLINE: Hard to say. Are women perhaps more creative with murder because they lack the physical strength for more heavy-handed violence?

Rossmanith: Naturally, they must compensate for a lack of physical strength. Often they render their victims defenseless in order to actually carry out the act. A frequently used tool is incidentally the knife, a distinctly European trait compared with the United States, where firearms are predominantly used. Naturally, one must also say that women rather rarely become killers. Men kill something like ten times more frequently than women.

SPIEGEL ONLINE: Is it true that when women kill, it's almost always friends or relatives?

Rossmanith: That's correct -- they're mostly about relationships. Women rarely kill strangers. Most conflicts arise in one's own four walls, and they can escalate. It often happens that victims, in a reversal of roles, become perpetrators.

SPIEGEL ONLINE: Are you referring to women who beat their abusive husbands to death with a frying pan in bed?

Rossmanith: Exactly. Some of them have suffered a years of martyrdom. At some point they just unload all of their rage and pent-up tension; sometimes it's triggered by a banal incident. Most women murderers are first-time offenders.

SPIEGEL ONLINE: You write in your introduction: "No one is immune to committing acts of insanity, including me." Why do you believe this?

Rossmanith: I believe that every person has a certain threshold. If that is overstepped, things can happen that one never would have imagined.

SPIEGEL ONLINE: You call this the "dark corner of the soul," and "the dark side of a woman." Are you referring to evil?

Rossmanith: Well, evil feeds off it. This shadow is the unloved, the negative side of one's personality, with all the characterstics that aren't socially acceptable.

SPIEGEL ONLINE: But these shadow sides are not just a female feature. They also exist in men.

Rossmanith: Of course! But one already assumes that men have the potential to be violent, brutal and egocentric. They don't have to cover up that side of themselves. But we women are supposed to act as if it doesn't exist in us. The specific female problem is how to deal with this dark side. If it's always suppressed and never acknowledged, you can be overwhelmed by this dark force in drastic moments.

SPIEGEL ONLINE: Have you ever been able to detect your own potential to become a killer?

Rossmanith: In my youth I went through a difficult mother-daughter relationship. I could have become guilty of more serious acts of violence. I describe one such case in my book: A daughter is growing up with a mother who is very protective of her child. She uses brute force to try to impose her will. The macabre thing is that each year, the girl is forced to buy a new rod at the market with which she is beaten throughout that year. She found this abuse deeply humiliating …

SPIEGEL ONLINE: … and eventually turns to violence against the mother?

Rossmanith: When the girl reaches puberty, she's no longer prepared to tolerate the beatings. She clutches the mother's neck, squeezes it and doesn't let go until her victim turns blue and sinks to the floor. This is the classic situation in which the relationship between victim and perpetrator is reversed.

SPIEGEL ONLINE: Such incidents within a family are often particularly shocking. At the beginning of your book your report about a mother, sound of mind, who throws both of her small children out of the fourth floor of a building.

Rossmanith: That was a "War of the Roses," a fight over child custody. This woman did not want to be separated from her children under any circumstances. She followed the motto of "all or nothing." She preferred the children to be dead over having her husband be assigned custody. For this woman, that was unthinkable.

SPIEGEL ONLINE: In the end, you had to explain to the woman what she herself had done, because she had forgotten all memories of the act she had committed. Are such mental blackouts a female phenomenon?

Rossmanith: I wouldn't say that. I believe that is human. Because the act is irreconcilable with one's conscience, and because one has to live with it. The sentence "That wasn't me. I couldn't have done that!" is one I keep hearing from killers. One deals with it by being a stranger to oneself, so to speak. As if an alien part of one's self committed the crime.

SPIEGEL ONLINE: In public there is actually very little talk about female murderers. You write that feminism is the reason for this. Could a male author have allowed himself to say that?

Rossmanith: I think I could only allow myself to write that because I'm a woman. But you know, I am a fan of feminism: It has achieved a lot. It only troubled me that women are always being depicted as more amiable and less prone to violence. In my experience that is simply not the case. In my life, I have often witnessed how incredibly hard women can be. How scheming they can be with each other. I am personally more afraid of the vengeance of women than that of men. 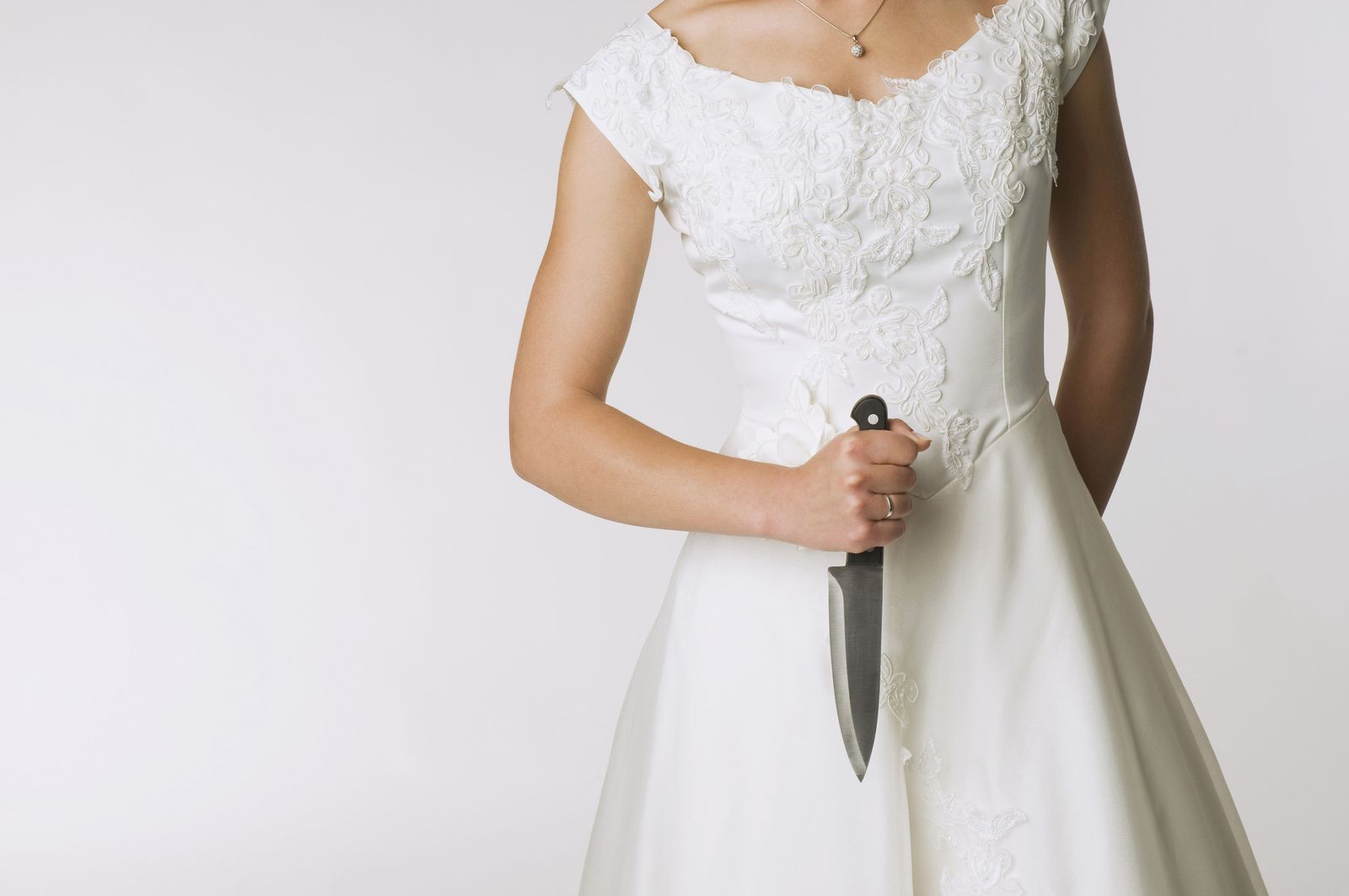 'I am personally more afraid of the vengeance of women than that of men,' says the author.