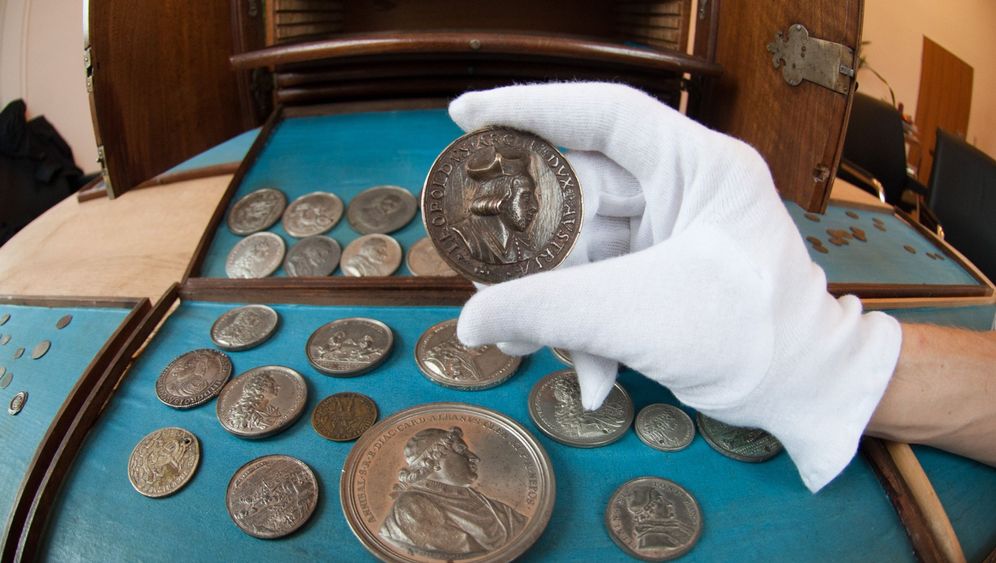 Janitor Tanja Höls had often passed by an unassuming wooden box stowed away in an archive in Passau's historic state library, but it wasn't until about two weeks ago that curiosity got the best of her and she was decided take a look inside.

What she found were dozens of coins, most of them made of silver. "I had no idea that I'd found a treasure," the 43-year-old told the German news agency DAPD on Wednesday. But when she told the head of the library in the Bavarian city what she had seen, he soon realized their value.

"This find is a real bonanza," Markus Wennerhold said, adding that it happened to coincide with preparations for the library's 400th anniversary.

The library believes that the collection of 172 well-preserved coins likely belonged to Passau's prince-bishops. Wennerhold suspects that they were hidden there around 1803 during Germany's secularization, when such church assets were transferred to the state. They may have wanted to keep them out of the hands of tax officials.

Old Furniture and a Stuffed Crocodile

Dating back from the years between the Roman Empire and Napoleon's rule, initial Internet research has revealed that the coins are worth a "low six-figure sum," Wennerhold said. Experts must now determine their exact value. The most valuable pieces will likely turn out to be decorative medals from the Baroque era, Wennerhold estimated.

The coins were probably forgotten because their value was underestimated by past library workers, Wennerhold told DAPD. "None of the current workers here knew that these coins existed," he said.

Library janitor Höls said she frequently goes to the fourth-floor archive -- where old furniture and even a stuffed crocodile are also stored -- in order to retrieve books for library patrons. The wooden box containing the coins was even periodically dusted by library employees without an inkling as to what was inside, Wennerhold said.

This week the Passau state library plans to release photos of each coin on its homepage. Next year they will be put on display as part of the library's anniversary celebration. Founded in 1612 as part of a Jesuit college, the library claims to be home to one of the oldest book collections in Germany.