SPIEGEL: Mr Pöhl, are you still investing in the euro -- or has the European common currency become too unstable of late?

Pöhl: I still have money in euros, but the question is justified. There is still danger that the euro will become a weak currency.

SPIEGEL: The exchange rate with the dollar is still close to $1.25. What's the problem?

Pöhl: The foundation of the euro has fundamentally changed as a result of the decision by euro-zone governments to transform themselves into a transfer union. That is a violation of every rule. In the treaties governing the functioning of the European Union, it explicitly states that no country is liable for the debts of any other. But what we are doing right now, is exactly that. Added to this is the fact that, against all its vows, and against an explicit ban within its own constitution, the European Central Bank (ECB) has become involved in financing states. Obviously, all of that will have an impact.

SPIEGEL: What do you think will happen?

Pöhl: The euro has already sunk in value against a whole list of other currencies. This trend could continue, because what we have basically done is guarantee a long line of weaker currencies that never should have been allowed to become part of the euro.

SPIEGEL: The German government has said that there was no alternative to the rescue package for Greece, nor to that for other debt-laden countries.

Pöhl: I don't believe that. Of course there were alternatives. For instance, never having allowed Greece to become part of the euro zone in the first place.

SPIEGEL: That may be true. But that was a mistake made years ago.

Pöhl: All the same, it was a mistake. That much is completely clear. I would also have expected the (European) Commission and the ECB to intervene far earlier. They must have realized that a small, indeed a tiny, country like Greece, one with no industrial base, would never be in a position to pay back €300 billion worth of debt.

SPIEGEL: According to the rescue plan, it's actually €350 billion ...

Pöhl: ... which that country has even less chance of paying back. Without a "haircut," a partial debt waiver, it cannot and will not ever happen. So why not immediately? That would have been one alternative. The European Union should have declared half a year ago -- or even earlier -- that Greek debt needed restructuring.

SPIEGEL: But according to Chancellor Angela Merkel, that would have led to a domino effect, with repercussions for other European states facing debt crises of their own.

Pöhl: I do not believe that. I think it was about something altogether different.

Pöhl: It was about protecting German banks, but especially the French banks, from debt write offs. On the day that the rescue package was agreed on, shares of French banks rose by up to 24 percent. Looking at that, you can see what this was really about -- namely, rescuing the banks and the rich Greeks.

SPIEGEL: In the current crisis situation, and with all the turbulence in the markets, has there really been any opportunity to share the costs of the rescue plan with creditors?

Pöhl: I believe so. They could have slashed the debts by one-third. The banks would then have had to write off a third of their securities.

SPIEGEL: There was fear that investors would not have touched Greek government bonds for years, nor would they have touched the bonds of any other southern European countries.

Pöhl: I believe the opposite would have happened. Investors would quickly have seen that Greece could get a handle on its debt problems. And for that reason, trust would quickly have been restored. But that moment has passed. Now we have this mess.

SPIEGEL: How is it possible that the foundation of the euro was abandoned, essentially overnight?

Pöhl: It did indeed happen with the stroke of a pen -- in the German parliament as well. Everyone was busy complaining about speculators and all of a sudden, anything seems possible.

Pöhl: No. A lot of those involved are completely honorable institutes -- such as banks, but also insurance companies and investment- and pension funds -- which are simply taking advantage of the situation. That's totally obvious. That's what the market is there for.

SPIEGEL: You really think that pension funds should be gambling with high-risk debt securities?

Pöhl: No. They should be investing their investors' money as securely as possible. Should the credit rating of a debtor worsen because that debtor has been living beyond his means for years, then it is completely rational for these institutions to get rid of these bonds -- because they have become insecure. Then other investors buy them at a lower price. They receive a higher return, but also have greater risk. That is totally normal market behavior.

SPIEGEL: With the exception that speculators are now carrying no risk at all because euro-zone members have agreed to guarantee Greek debt.

Pöhl: Yes, and that is harmful. It means that the basic balancing mechanism in the market economy is out of sync.

SPIEGEL: Is it possible that politicians invented the specter of rampant speculation to legitimize a break with the Lisbon Treaty and with the ECB's rules?

Pöhl: Of course that's possible. In fact, it's even plausible.

SPIEGEL: What will be the political consequences of this crisis?

Pöhl: The whole mechanism of the European community will change. The EU is a federation of nations, not a federal republic. But now the European Commission will have a lot more power and more authority as well as the potential to interfere in national budget law. That, however, is constitutionally problematic in Germany.

SPIEGEL: But this could also be construed as a positive development. For a long time, critics have been saying that before we can have a genuine currency union we need common fiscal and economic policy. Surely this crisis has brought the EU closer to that goal.

Pöhl: Yes, that is the logical next step of our union, but we must bear the burden. You only have to look at what it is going to cost us Germans. I would have preferred that things hadn't gone quite this far.

SPIEGEL: In the past, the bankers at the Bundesbank, Germany's central bank, were vehemently opposed to any political interference -- for example, when the government wanted to take control of gold stocks. At the moment even larger taboos are being broken -- yet there has been little outcry. Why is that?

Pöhl: The president of the Bundesbank, Axel Weber, is in a bind. He has been issuing warnings about these kinds of developments for some time and he continues to do so. But of course it is difficult to keep this up in the face of a political majority.

SPIEGEL: Especially when he aspires to the presidency of the ECB and is therefore dependent on political goodwill.

Pöhl: That may also play a role.

SPIEGEL: In the run up to the currency union that was formed when Germany was reunified in 1990, it was said that, if something is economically ill-advised, it is also a political mistake. Does the rescue package for teetering euro-zone countries make sense?

Pöhl: It depends on what one wants to achieve. If the point was merely to calm the markets temporarily, then yes. But that can't be the only reason.

SPIEGEL: Because the side effects will be too large, you mean?

Pöhl: Absolutely. Just imagine if claims were made. Germany would have to pay countless billions, which is dreadful. And, it could lead to the euro becoming a weak currency.

SPIEGEL: If you were president of the Bundesbank today, would you be ordering the printing of German marks just in case they became necessary?

Pöhl: No, no, we have not gone that far quite yet. In my opinion, the euro is in no danger. Perhaps one of the smaller countries will have to leave the currency union.

SPIEGEL: How should that work?

Pöhl: It would involve Greece, if we stick with the case we were discussing, reintroducing the drachma.

SPIEGEL: But Greece doesn't seem to have any interest in doing that -- and it would be against European agreements to force Athens to leave the currency union.

Pöhl: That is correct. As long as a country receives such massive support, it would, of course, have no interest in turning its back on the euro.

SPIEGEL: You think that could change?

Pöhl: On the mid and long term, I wouldn't rule it out. 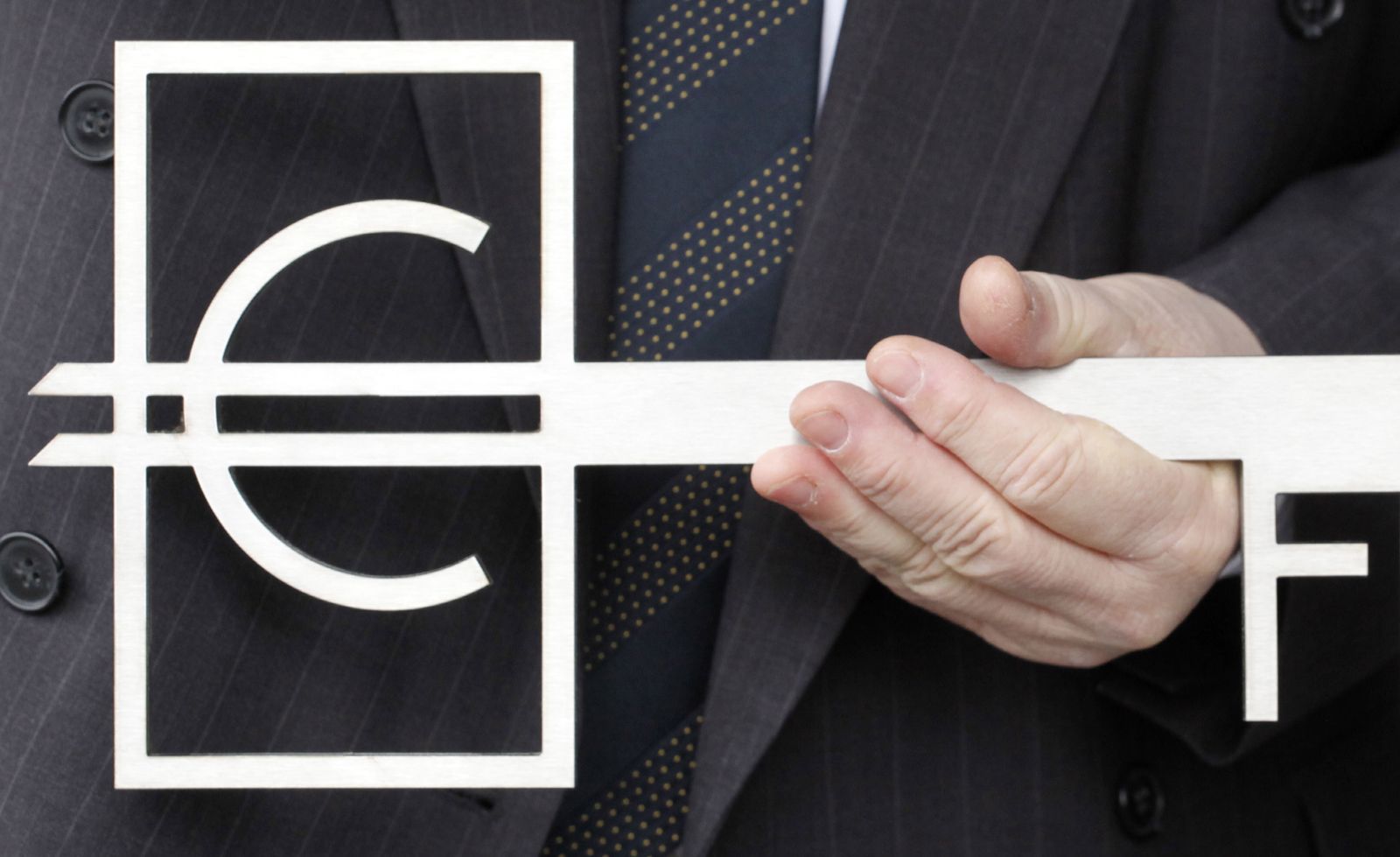