Former German President Christian Wulff is to be tried on charges of accepting unfair advantages this autumn in a regional court in Hanover. Both Wulff, who resigned as Germany's head of state in February 2012, and film financier David Groenewold will be defendants in the trial, SPIEGEL was told by justice sources.

Proscecutors had initially charged Wulff with bribery and corruption in April, but the court reduced the charges to the lesser allegation of accepting unfair advantages.

The investigation into Wulff had been a vast one, comprising four state prosecutors, up to 24 police officers, 20,000 pages of documentation and more than 100 witnesses. But the further the investigation continued into Wulff, the smaller the case against him became.

What remained suspicious in the end was a trip Wulff took to Munich's Oktoberfest in 2008. Prosecutors claim that film producer Groenewold covered €719.40 ($959.84) of the expense of Wulff's room at the five-star Bayerischer Hof hotel and also picked up his child care costs. Shortly thereafter, as governor of the state of Lower Saxony, Wulff wrote a letter on official state letterhead requesting support on Groenewold's behalf from Siemens for the distribution of the film "John Rabe," in which the German engineering giant plays a prominent role. Prosecutors believe Wulff's actions constitute a criminal offence.

Addressing the stay at the hotel, prosecutors in April stated: "It seems sufficiently likely that this happened with the intent to motivate Wulff to solicit support from Siemens for distribution of the movie 'John Rabe'. One day after the Oktoberfest visit, Groenewold asked Wulff to contact the Siemens Chief Executive Officer Peter Löscher."

But even prosecutors had hoped to avoid going to court in a case involving a sum of less than €800. They offered to drop the case if the two defendants paid a fine. But it was an offer both Wulff and Groenewold rejected. Both maintain their innocence and would like to see their positions confirmed by a court.

Wulff, who was long a close ally of conservative Chancellor Angela Merkel, stepped down from office just over a year ago under allegations that he had taken loans to purchase a home in his home state under highly favorable terms. After leaving office, prosecutors in Lower Saxony charged him with bribery relating to the Oktoberfest trip with Groenewold. 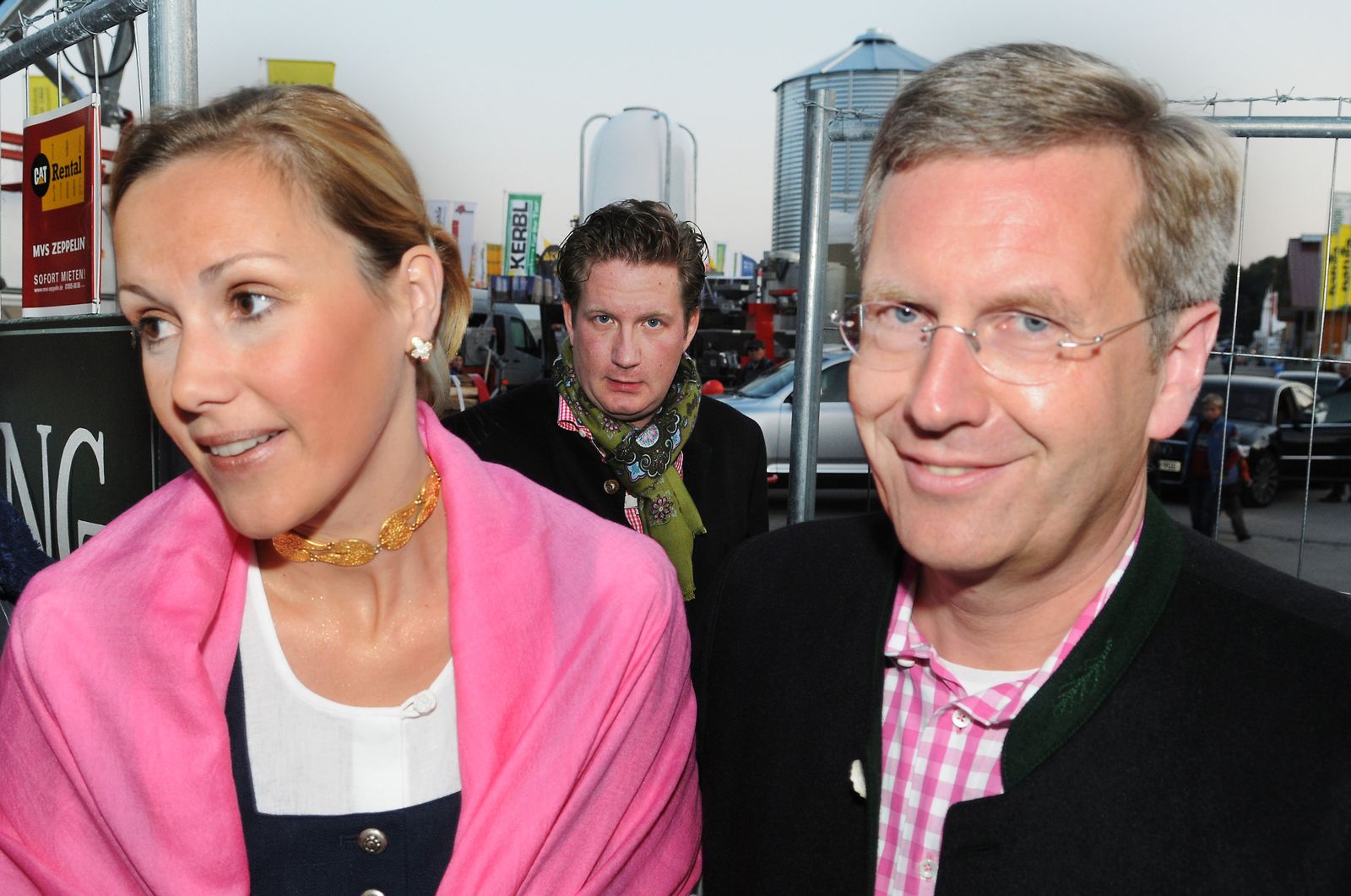 Then Lower Saxony Governor Christian Wulff and his wife Bettina and film financier David Groenewold (center) attended Oktoberfest together in 2008.