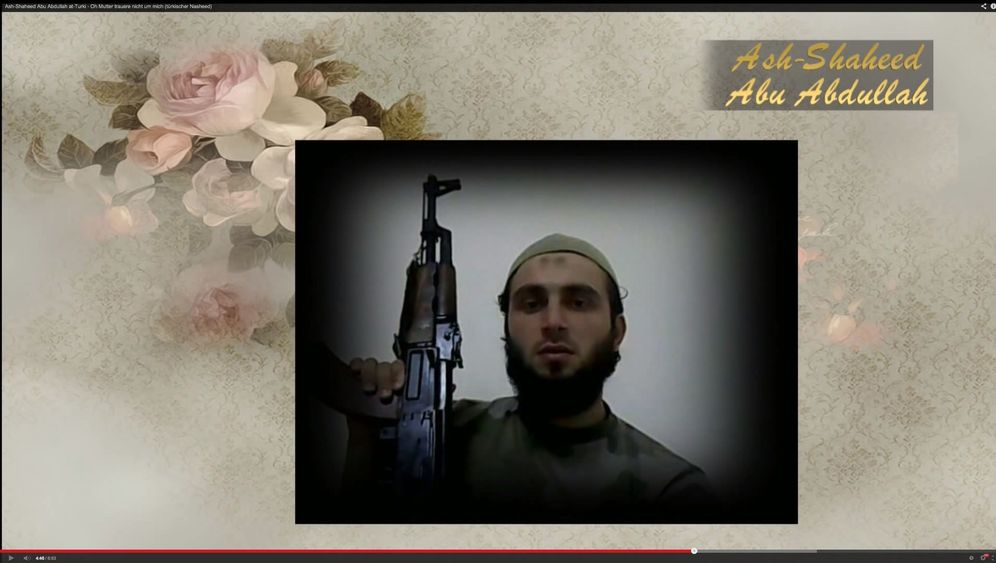 Burak Karan's first life ended on March 29, 2008, when he played his last match for the second team of Alemannia Aachen, alongside Lewis Holtby, who now plays for British Premier League team Tottenham Hotspur and has played three times for the German national team.

A few weeks later he ended his footballing career, aged just 20. Until then, German-born Karan, the son of Turkish immigrants, was seen as a footballing talent with a promising future.

The midfielder from the western town of Wuppertal played for Germany seven times, for the Under-16 and Under-17 teams. Several of his former teammates -- including Sami Khedira, Dennis Aogo and Kevin Prince Boateng -- went on to become soccer stars.

In January 2008, when Alemania Aachen bought Karan from Hannover 96, his new coach Thomas Hengen said of him: "He has a good eye, is a skillful passer and good on the ball, which you need for this position."

Five years later, Karan is back in the news. He died in early October near the northern Syrian city of Asas, reportedly during an air raid, Bild newspaper reported on Monday in a front page story. His brother Mustafa told the tabloid daily that Burak had travelled to the border region between Turkey and Syria seven months ago, together with his wife and two sons, to help distribute aid.

Mustafa denied his brother fought side-by-side with Jihadists in Syria. "If he armed himself it was to protect transports. Was he supposed to throw stones? He always told me he doesn't want to fight," Mustafa told Bild.

But a video posted on YouTube on Oct. 22 by an unknown Islamist group gives a different impression. It shows Karan posing with an assault rifle. A text below the video refers to him under the alias of Abu Abdullah al-Turki and says he "stormed like a lion into the area of the Kafir (PKK, may Allah destroy them all) and took pleasure in fighting them."

Karan's family blamed the Wuppertal-based Islamist Emrah Erdogan for radicalizing Karan. The two men knew each other for several years, and according to the German domestic intelligence service, Karan tried in April 2010 to travel to Afghanistan together with Emrah Erdogan and Erdogan's brother Bünyamin. The brothers made it to Afghanistan, Karan didn't.

Bünyamin Erdogan was killed in a US drone strike in October 2010 and his brother Emrah went on trial in Frankfurt in June of this year, charged with having been a member of al-Qaida in Pakistan and of the jihadist al-Shabaab group in Somalia.

He is alleged to have been in the Pakistan-Afghan border region between May 2010 and January 2011 and of having joined al-Shabaab in February 2011. Erdogan was arrested in Tanzania in June 2012 and extradited to Germany soon after.

The German Federal Prosecutor's Office launched an investigation into Karan for allegedly supporting a foreign terrorist organization. But the case never went further than a preliminary suspicion.

The Düsseldorf public prosecutor in 2010 began investigating him on suspicion of preparing a major attack. A court ordered his telephones to be monitored. In 2011, Karan allegedly made contact with the Austrian-Egyption Islamist Mohamed Mahmoud, an imam at a mosque in the western German town of Solingen and leader of an Islamist group called Millatu-Ibrahim that was banned in May 2012 for "efforts against the constitutional order and against the concept of international understanding."

By the time police raided the group, Mahmoud had already moved to Egypt. He is now in prison in Turkey. He is believed to have tried to fight in the Syrian civil war -- where his protégé Karan was killed last month.