Things aren't going well when it comes to climate change at the summit in Hamburg - not even in the program organized for the spouses of the G-20 leaders. In a barely concealed jab at the U.S. government, Chancellor Angela Merkel's husband Joachim Sauer had arranged for a visit to the German Climate Computing Center. But because of the tense security situation in the city, the event was cancelled, with experts from the center giving a presentation in a hotel in the city instead.

The German hostess, of course, has much bigger ever since U.S. President Donald Trump announced his country's withdrawal from the Paris climate agreement a month ago. The move has created a conflict within the G-20 group of the world's largest economies - and it is a rift that not even the most sophisticated summit diplomacy can cover up. One can "directly address differences," Merkel said in her brief opening address. But the real question is whether there is any common ground at all.

In the initial hours after the beginning of the summit, that didn't look to be the case. In fact, it appears that the fissure between the U.S. and the other G-20 states will be documented in the summit's final declaration.

SPIEGEL has learned that a Friday draft of the final declaration reads: "We acknowledge the decision of the U.S. to withdraw from the Paris Agreement." (Eds. Note: SPIEGEL saw a German version of the declaration. Quotes are translated.) That sentence is followed by a rather odd formulation: The U.S., the draft declaration read, plans "to work closely together with other partners ... to facilitate a cleaner and more efficient access to fossil energies."

In other words, the Americans aren't just pulling out of the Paris deal - and the increased emphasis on alternative energies that the deal entails - they would also like to continue exporting their CO2-intensive energy production technology to the rest of the G-20. Specifically, the passage likely refers in part to the export of liquid natural gas (LNG). Poland, which Donald Trump visited on the eve of the G-20, recently began buying LNG from the U.S.

It isn't likely that the formulation will survive as currently written. But other sections of the document also indicate clear divisions. The draft declaration states that "heads of state and government of the remaining G-20 member states and the presidents of the European Council and European Commission" agree that the Paris Agreement is "irreversible" and vow to rapidly implement the deal. On Friday afternoon, Merkel also provided an interim recap, in which she said: "Most have voiced their support for the Paris Agreement."

This clear demarcation between the United States and the rest of the G-20 contradicts earlier insistence that a 19:1 split in Hamburg was to be avoided at all costs. Still, Merkel could still claim such a declaration as a success, since she has insisted that the Paris Agreement be mentioned in the closing declaration - and Friday's draft makes it apparent that she has been successful so far.

Climate activists might even welcome such a clear division in the closing document. "It would be a good thing to make the isolation of the U.S. visible," said Tobias Münchmeyer of Greenpeace. He adds that attempts to come up with a compromise formulation would only lead to a watering down of progress that has already been made. "Trump would likely refuse to go along even with a statement saying that climate change is caused by humans," he says.

Ultimately, even the smallest of concessions on climate will be celebrated as a success. One of those is the German government's Friday expectation that the phrase "Green Finance" will find its way into the closing declaration. The term refers to a variety of financing instruments for climate protection projects.

The inclusion of the term, of course, would likely be framed in the context of acknowledging the preparatory work of two working groups. But at the meeting of G-20 finance ministers in Baden-Baden in march, Green Finance was left out completely - at the behest of the United States. 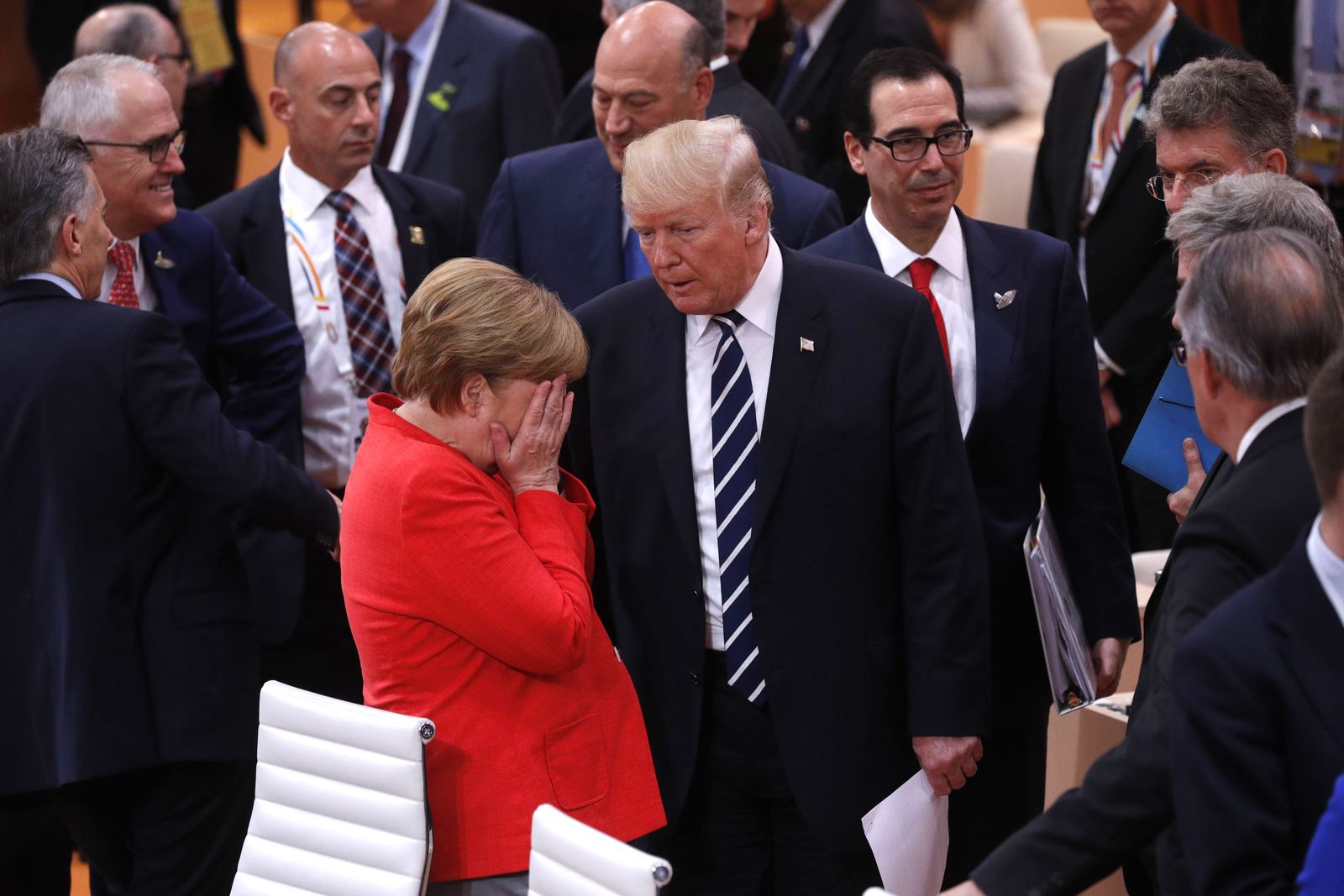