Unfettered violence. Unbridled brutality. Outside our democratic community. When Angela Merkel held her closing address on Saturday afternoon at the G-20 summit in Hamburg, she used clear words to denounce what had taken place on the streets of Hamburg during the preceding day and night.

Cars and barricades ablaze, shops plundered, water cannons in constant operation, injuries, devastated city quarters, heavily armed special police units: The images of the violence in Hamburg have circled the globe. And they stood in stark contrast to those of the 20 heads of state and government who, at the same time, were listening to Beethoven's "Ode to Joy" in Hamburg's chic new Elbphilharmonie concert hall. Classical music inside, clashes outside.

The question that must now be asked, which the chancellor must also answer, is this: Was it all worth it? Or was the price too high? 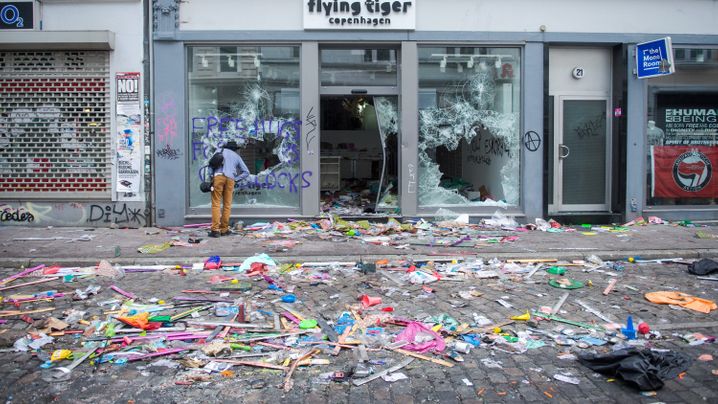 At first glance, the political results and messages presented by the club of global economic powers leave room for doubt. The arduously negotiated closing declaration is so weakly formulated that, as usual, all participating countries can live with it. (Click here for the full declaration.)

The results hardly constitute a debacle. But they aren't a breakthrough either. Merkel nevertheless expressed satisfaction with the results. With Trump now in the White House, which has made progress on many issues more difficult, Merkel had sought to lower expectations ahead of the summit. Still, government officials remain convinced that such large-scale meetings are worth the effort - and worth the massive security measures necessary, even if they weren't able to prevent excessive violence in this case.

And despite the massive, and partly justified, criticism levied against it, the G-20 forum does have value. When so many heads of state and government come together, alliances become possible on all manner of different political issues while pressure can be exerted on others - even if, as the case of Trump shows, it doesn't always work. Such events also provide the opportunity for personal discussions on the sidelines.

Who knows, for example, when and under what circumstances Donald Trump and Russian President Vladimir Putin would otherwise have met. In Hamburg, they ended up talking for so long that they almost missed the concert at the Elbphilharmonie concert house. Their conversation even produced a ceasefire in southern Syria, even if it had actually been negotiated previously.

Trump had a few nice words for the chancellor on Saturday. "It's been really incredible the way things have been handled and nothing's easy, but so professionally, without much interruption despite quite a few people, and they seem to follow your G-20s around," Trump said.

Merkel, though, can't afford to be quite as light-hearted about the riots as the American president. She had hoped, with German elections approaching in just over two months, that the summit would produce a few nice images - not unlike the images from the 2015 G-7 meeting in Bavaria, with the stunning Alps in the background. Following that meeting, she was accused of isolating herself from the people - so this time she resolved to host the leaders of the world's most powerful economies in the heart of a big city. But did it have to be Hamburg, a metropolis notorious for its active left-wing radical scene? On the other hand, why should the state buckle in the face of predictable militancy from summit opponents?

These are the questions that the chancellor must now face, right in the middle of her re-election campaign. She can't duck responsibility. But then, neither can her primary opponents from the Social Democratic Party (SPD). Hamburg's Mayor Olaf Scholz, after all, is a member of the SPD. And his assurance in the run up to the G-20 summit - "Don't worry, we can guarantee your safety" - has already entered the pantheon of misguided political pledges in Germany.

It's no wonder, then, that representatives of the SPD and of Merkel's conservatives have been trying to outdo each other in condemning the violence that took place. Merkel's Chief of Staff Peter Altmaier has referred to it as "left-wing extremist terror" while Martin Schulz, the former European Parliament president who is running as the SPD's candidate for chancellor, called the rioters "murderous arsonists."

The chancellor, for her part, sought on Saturday to assuage the anger of those affected by the violence. Together with the city of Hamburg, she announced, the Finance Ministry will come up with a plan to quickly and straightforwardly help victims repair the damage. 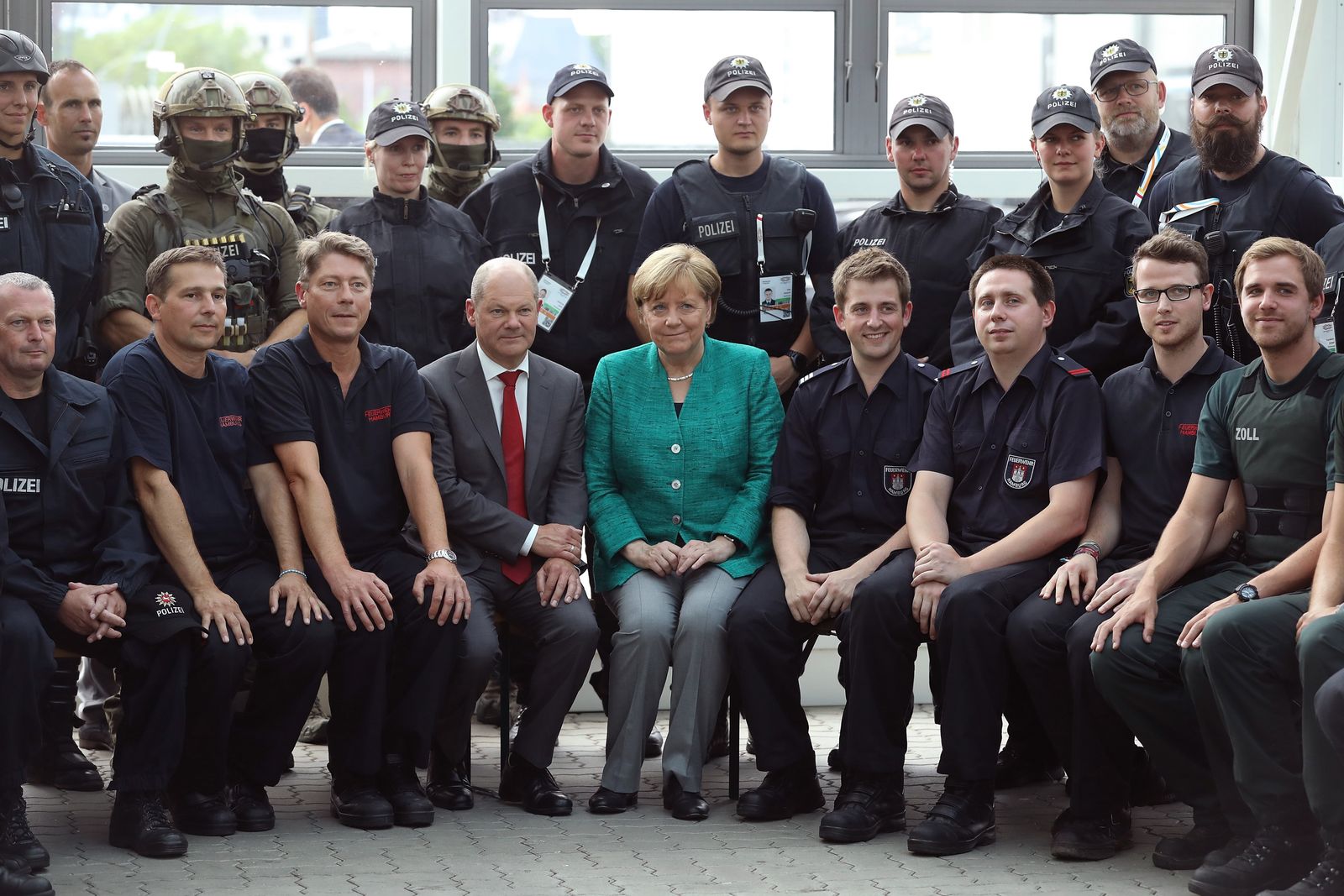