The world of politics abounds with tales of secrets and betrayals, of collective silence and the indiscretion of individuals. Tales of trust and mistrust. The shadowy world of espionage is no different -- its secrets and betrayals legendary. But Sigmar Gabriel's treachery stands out nonetheless. The German vice chancellor recently announced that Angela Merkel had twice assured him that the NSA and Germany's foreign intelligence agency, the Bundesnachrichtendienst (BND), had never spied on German companies.

In fact, in 2008 the Americans began reneging on agreements and going too far -- much too far. They spied on aviation giant Airbus, among others. In August 2013, Angela Merkel had her then Chief of Staff Ronald Pofalla announce that the NSA was doing "nothing that damaged German interests." In fact, the Chancellery knew better. But Merkel refrained from taking action, opting instead to navigate her way through the situation by saying nothing. Nearly two years ago, after the information leaked by Edward Snowden first surfaced, she said she didn't really know what it was all about. The message she's been conveying ever since is that it's all terribly technical and not all that important, really.

The chancellor's strategy had the desired effect. The public saw her as a victim. The general election in 2013 should have been dominated by the NSA spying scandal, but Merkel emerged unscathed, triumphant. Newspapers like the conservative Frankfurter Allgemeine Zeitung naively wrote that secret services just happen to spy -- and, after all, we need intelligence, so what is one to do?

But the intelligence services and the US had overreached. Merkel could have told them exactly how far was too far. She could have backed their activities and at the same time made sure they didn't get out of hand. In other words, she could have taken charge.

When Merkel assumed office in 2005, she took an oath vowing to protect the German people from harm. It's her job to protect German companies and the public when US secret services act as though Germany is not a sovereign nation. But people in power often fail to notice when the very quality that brought about their rise to the top turns into a weakness, a danger and even their ultimate undoing.

Merkel tends to lead by stealth. She doesn't care for rhetoric and confrontation and she avoids quick decisions. These might not be bad qualities, but they don't suit a head of government. Many of her predecessors loved nothing more than decisiveness and debate. It was why they sought power in the first place. But Merkel seems to worry that she will make enemies with plain speaking, so she chooses to remain close-lipped in crises such as this one.

The NSA scandal first morphed into a BND intelligence scandal and eventually into a German government scandal. The biggest scandal of our times. A US intelligence agency, thrown into panic by the terror attacks of Sept. 11, 2001, gathered every last scrap of data it could, presumably (if this qualifier is even necessary at the point), breaking American, German and international law in the process, conducting itself like a secret society inside an open one. This breach of law was justified as being in the interests of security.

But the data gathered included Skype chats, e-mails, the contacts and much more of businesses, politicians, EU institutions and civil servants who weren't even suspected of anything and who were in no position to guard against the onslaught of XKeyscore, Prism and various other surveillance weapons employed by the NSA.

With the economy, research, communications and archives now completely digitized, the NSA's spying activities, carried out with the help of the BND and the failure of the German government, amount to an attack on our freedom, our values and our way of life. An admission of gray areas belongs to any realistic assessment of the secret services. Certain breaches of the law are inevitable. However, insiders make careful distinctions: Breaking foreign law on foreign soil -- such as telecommunications laws -- can on occasion be tolerated because there's no way around it. But breaking the law at home, against your own people, is another matter entirely. In democratic countries, the intelligence services deem this to be ethically unacceptable. As the BND's top brass well know. As Merkel well knows.

But while she's saying nothing, Sigmar Gabriel is talking. Perhaps Gabriel has an inkling as to who and what is on the list of "selectors" which the NSA gave the BND -- the search parameters used to filter intercepted Internet, telecommunications and satellite data. He probably even thought about if and why he should take the risk of appearing disloyal, like some bully kicking Merkel when she's down. He chose to break the silence because he spied an opportunity to damage her. This makes him neither a hero nor a whistleblower. Still, in this story, it was others who committed the greatest betrayal. 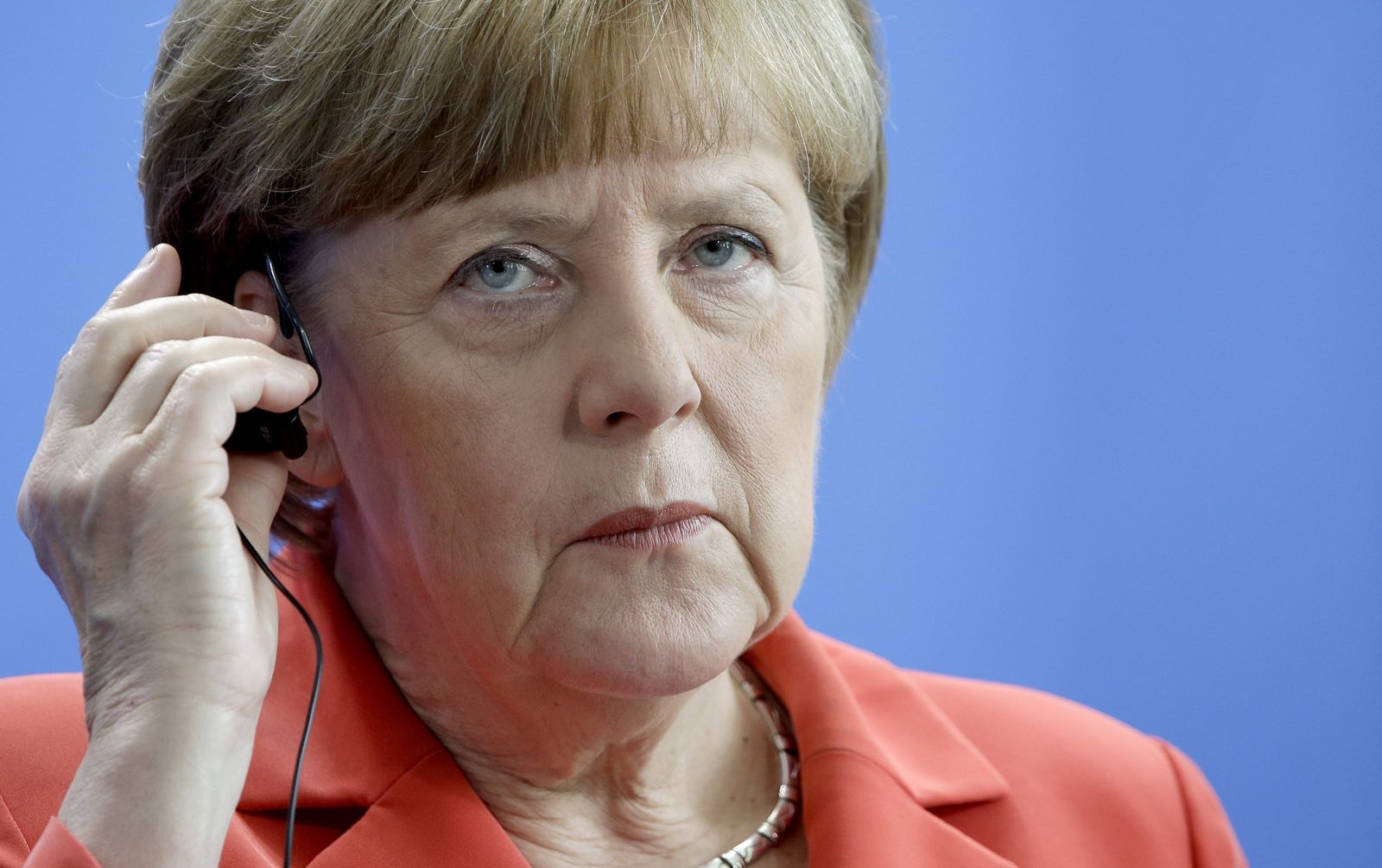 Angela Merkel's silence on a scandal surrounding the German intelligence agency's cooperation with the NSA is coming back to haunt her.