Sarah Jane Smith, 51, lives in the body of a man, but for years she has self-identified as a woman. As a school boy, Smith stole his teacher's underwear, as a British soldier working in Northern Ireland he wore lingerie underneath his uniform. As a married man he donned make-up and high heels whenever he was at home alone.

Smith was married twice and has two daughters. But in 2003 his secret was uncovered when his German wife stumbled upon photos of him taken at a party. She gave him an ultimatum: Either he stop dressing as a woman or she would divorce him. "I just couldn't stop so I didn't have a choice," Smith told SPIEGEL ONLINE. "It's a part of me."

In October 2006, Smith started her new life as a woman and chucked out all her mens' clothes. "I didn't even have any more mens' socks," she said, adding "I never regretted my decision."

Smith went to cosmetic surgeons, took hormones, visited a psychologist and started the process of getting a sex change. In May 2008, she officially changed her gender on her British documents. These days her former wife has become one of her best friends.

But she is still suffering. Her breasts started developing when she began the hormone treatment, but they started growing in the wrong place. "They are not on the front of the chest, but rather far too far on the side," said Smith.

Smith also feels restricted in her everyday life. "I can't take my grandchild to the swimming pool because the workers there don't know which dressing room they should send me to," she said. Breasts would make it easier to identify her as a female. She also doesn't understand why the state health care fund will cover a sex change operation -- the part that only a few get to see -- while rejecting breast implantations.

A Case for the Court

According to Smith, several doctors have agreed that it is necessary to carry out the operation, for both medical and psychological reasons. But when she requested that the German Employees Health Insurance Fund (DAK) cover the €6,000 in costs, the company refused. Now, Smith is challenging that decision in court.

The health insurance company says that Smith's operation would be cosmetic surgery that insurers are not required to cover. "What is clear is that the same rules apply for transsexuals as genetic women," DAK spokesman Jörg Bodanowitz told SPIEGEL ONLINE. State insurers pay for cosmetic surgery only in exceptional situations, such as breast cancer or if a breast has been lost in an accident.

In 2004, Germany's Federal Social Court ruled that public health insurers generally do not have to pay for breast augmentation or reduction operations. The court argued that even if a patient is suffering psychologically because of breast-related issues, the funds still don't have to cover the operation. They are only required to cover the procedure in certain cases where a physical anomoly is disfiguring.

At the start of the trial on Wednesday, DAK representatives made a concession to Smith, saying they would appoint an evaluator to determine whether an operation would correct a physical disfiguration. Smith is to be examined over the next few days to check how necessary such an operation is, DAK representative Wolfgang Ahrens said after the hearing. 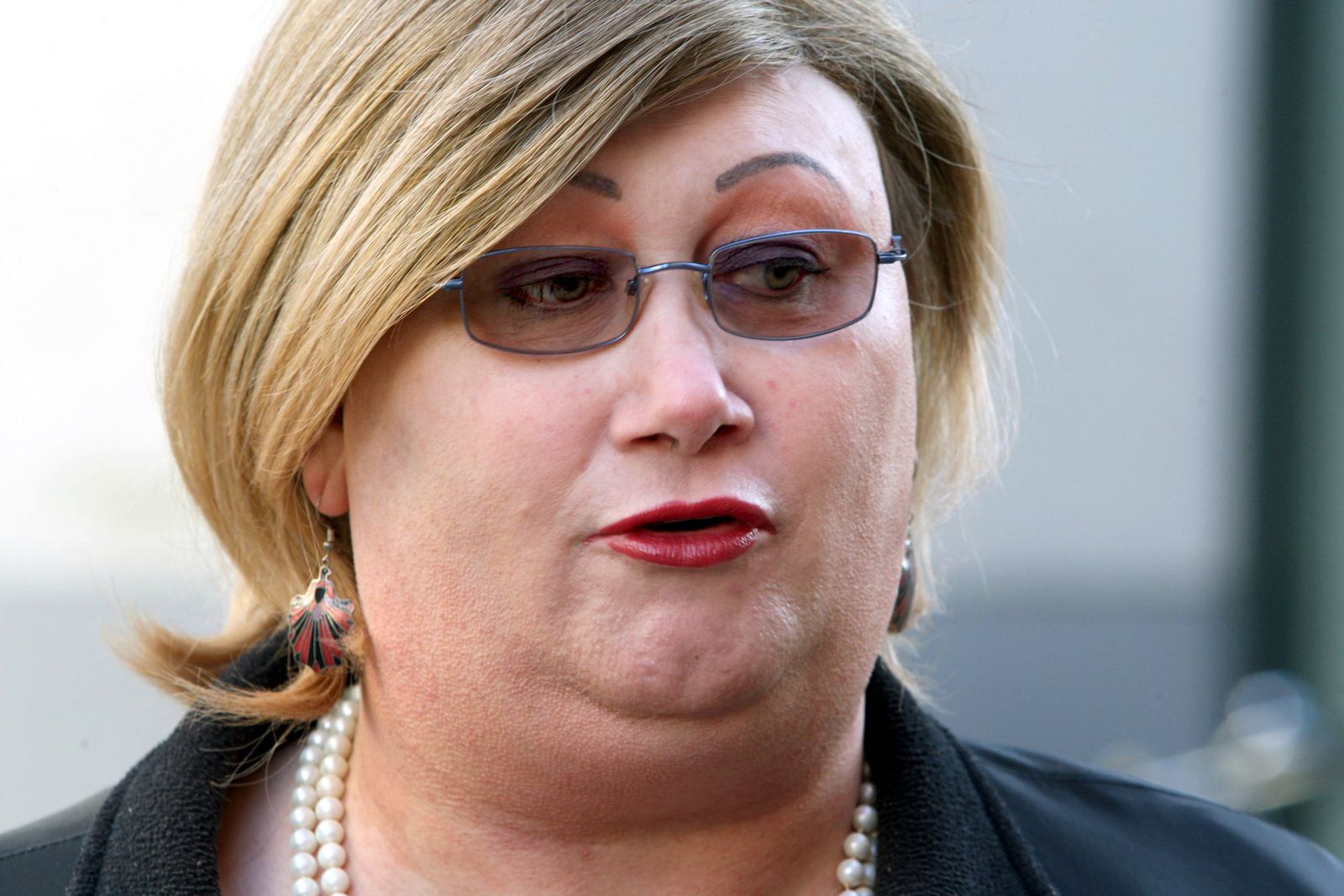 "This is just how I am," said former British soldier Sarah Jane Smith.