His exposure as an undercover police officer shocked the militant left-wing activists he had been sent to infiltrate, as did the revelations that the British agent had also worked for the German authorities. But now it seems as though the deployment of Mark Kennedy -- who went by the pseudonym Mark Stone -- was far from a one-off.

In fact, according to secret testimony from a top German law enforcement official, Kennedy's work in Germany was part of a series of cooperative efforts between police forces across Europe to combat extreme activists, which also saw undercover German officers being sent abroad.

In a closed-doors session of the German parliament's Internal Affairs Committee at the end of January, Jörg Ziercke, the head of the Federal Criminal Police Office (BKA), admitted that the controversial use of the undercover British officer in Germany was not a one-way street, and that German officers were also sent the other way.

Ziercke told the committee that German undercover agents were deployed at the G-8 summit in Gleneagles in Scotland in 2005. There, they worked under the command of the British police's secretive National Public Order Intelligence Unit (NPOIU), which combats "domestic extremism" in the UK.

The revelations were contained in confidential minutes of the Internal Affairs Committee session, marked "for official use only," which have been obtained by SPIEGEL ONLINE. The exact number of officers that Berlin sent to Gleneagles was not stated, but sources who were present at the meeting say Ziercke talked of five undercover officers.

The information puts the events surrounding the 2005 Group of 8 summit into a new light. There were violent clashes between police and demonstrators at Gleneagles, where leaders of the world's seven richest countries and Russia gathered for the annual G-8 meeting. Left-wing anti-globalization groups mobilized thousands of protesters, bringing traffic to a halt, smashing car windows and attacking police with stones. The response from the security forces was correspondingly hard-line.

The secret police operations in Gleneagles appear to be part of a pan-European effort. Police forces in different countries apparently regularly exchange undercover officers. In the minutes of the Bundestag committee session, Ziercke is quoted as saying that authorities in different EU member states help each other by "monitoring groups in the respective countries," for example in relation to "Euro-anarchists, militant left-wing extremists and left-wing terrorists."

Zierckle also apparently said that this form of international cooperation also takes place on issues such as tackling hooliganism at major sporting events. The BKA head is quoted as saying that the use of police from other countries to fight hooliganism frequently "attracts praise" from politicians.

The top police officer clearly sees such cooperation as a useful tool. He told the Bundestag committee that it was only possible to combat organized international networks that act conspiratorially if the authorities acted "just as internationally and conspiratorially." He added, however, that more consideration needed to be given to how such operations could be monitored.

The revelation that the police officer Mark Kennedy had infiltrated left-wing groups in the UK and Germany made headlines in both countries in January, after Kennedy was exposed as an undercover agent. SPIEGEL ONLINE reported at the time that Ziercke had told the Internal Affairs Committee that Kennedy had been active in three German states. In the run-up to the 2007 G-8 summit in Heiligendamm, the state of Mecklenburg-Western Pomerania had explicitly requested the British agent's assistance and had even established a contractual agreement regulating his activities.

Ziercke also revealed that Kennedy had been involved in illegal activities while in Germany, although charges were never brought against him. 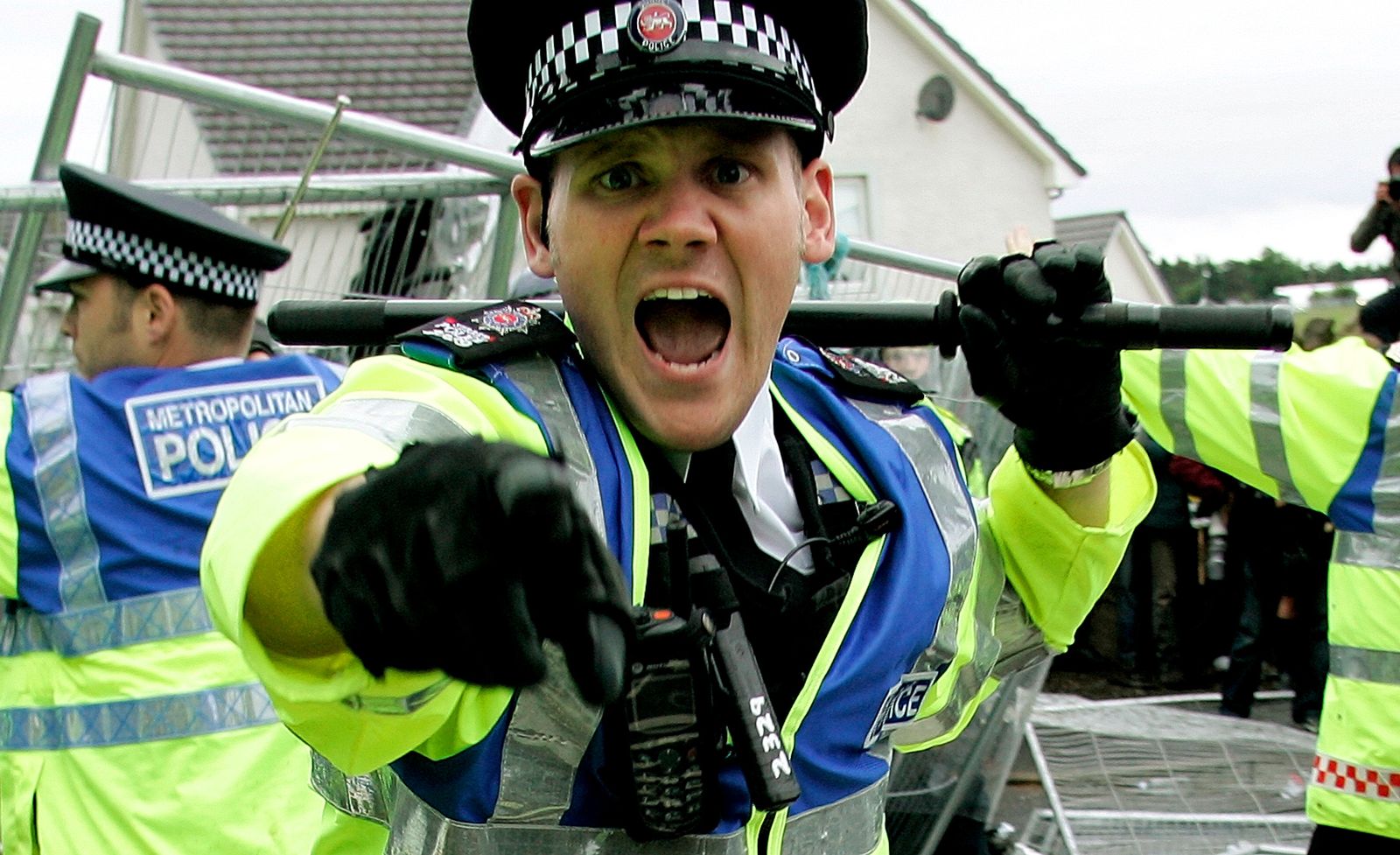 The G-8 summit at Gleneagles in 2005 was the scene of violent clashes between protesters and police.