German Interior Minister Thomas de Maizière confirmed Friday that a suspicious piece of luggage found two days earlier at an airport in the Namibian capital of Windhoek shortly before a flight to Munich was scheduled to take off had been a test device. The discovery of the package led to significant delays on a German airline flight taking vacationers back to Munich.

Officials at Germany's Federal Criminal Police Office (BKA), which sent investigators to Namibia to examine the luggage, said that no explosives were found in the laptop bag and there was never any threat to the passengers. De Maizière said the government did not know whether the bag had been placed as part of a security test.

Airport security employees in Windhoek discovered the mysterious luggage during routine checks. Inside the bag, inspectors found batteries wired to a clock and detonator, prompting fears that a bomb had been discovered similar to those found on cargo jets only a few weeks ago. The device was apparently built by a company that builds "real test" suitcases to be used to test security measures.

Wednesday's report came just hours after de Maizière issued a major terror warning in Germany, saying concrete evidence had been found of plans for a major terrorist attack to take place in the country before the end of November. The warning has led to a significant increase in security measures at Germany's airports, train stations and some major landmarks.

Underscoring the tense atmosphere, police in Düsseldorf on Friday temporarily evacuated a high-speed train at the city's main station after finding an unattended object. After a brief investigation, it was determined not to contain explosives. 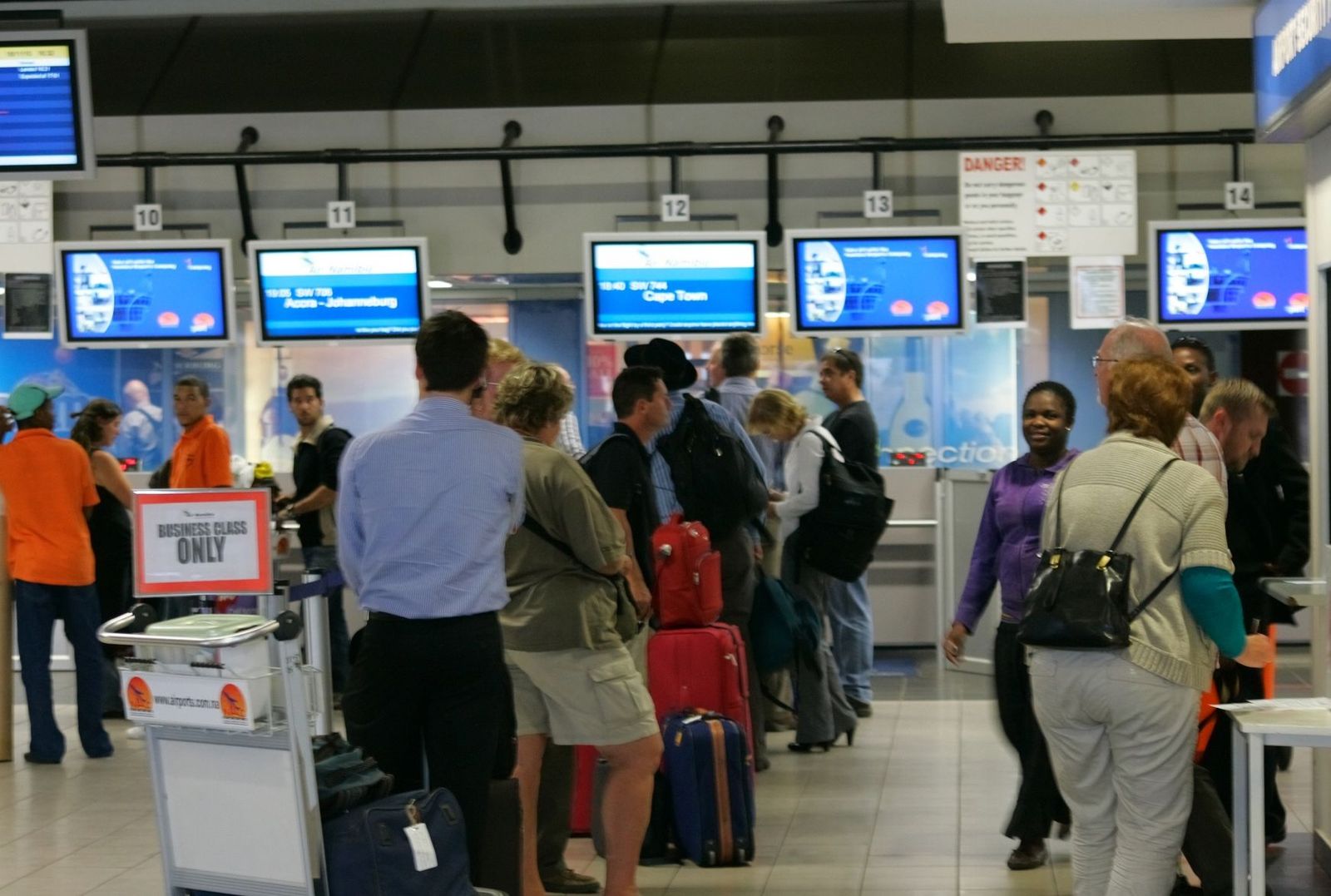 Passengers check in their luggage at the Hosea Kutako International Airport in Windhoek, the capital of Namibia, on Thursday.