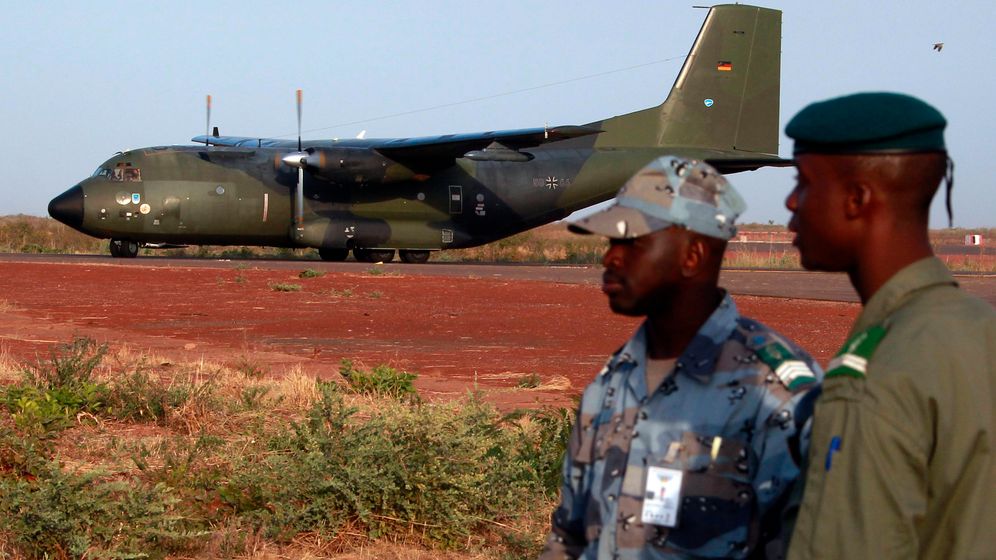 The German public saw the two faces of German foreign policy last Wednesday. German Defense Minister Thomas de Maizière and German Foreign Minister Guido Westerwelle stood side-by-side in the lobby of the Reichstag, the federal parliament building in Berlin. Both men wore dark suits and had expressions on their faces that reflected the seriousness of the situation. As they appeared before the press, the two ministers tried to demonstrate their unity -- but they ended up conveying very different messages.

The issue that both ministers addressed was the French-led military intervention in Mali. De Maizière spoke of German efforts to help airlift West African troops to the region. It was a calm, rational statement. "I think we should talk more about what we are doing, and not about what we are not doing," he said. That could easily be interpreted as criticism of his fellow cabinet member.

Over the weekend, Westerwelle had reacted in his own way to the French intervention: "The deployment of German combat troops is not an option," he had said initially. This was not well received in Paris and, in keeping with his style, the foreign minister further exacerbated the situation when he spoke in the Reichstag: "I have to mention just one more point," he blurted out: "We Germans are highly involved in Afghanistan, where the French are hardly involved at all."

De Maizière wanted to talk about the concrete aid that Germany is providing. Westerwelle preferred to lecture his country's allies and tell them about all the things that they cannot expect from the German government. One minister expressed Germany's support for the mission, while the other explained Germany's reluctance.

Ultimately, there is no difference between the two ministers in terms of substance. They are both in favor of providing logistical support in the fight against the Islamists, but are opposed to deploying German troops for ground combat. But Berlin's seeming inability to adequately explain its approach has begun causing considerable damage abroad.

As Germany's official representative abroad, Westerwelle's comments have engendered particular consternation. He is seen as the embodiment of the very position that is so frowned upon as typically German by the country's allies.

A few months ago, former French Foreign Minister Hubert Védrine complained that Westerwelle expresses the "profound German attitude" that Germany primarily sees itself as a pacifist power. "I really don't see what prevents Germany from playing a larger role in international politics and military operations," he said. The current French government takes precisely the same view.

The French are not alone in their criticism of Berlin. Political leaders in the US and Britain also find it aggravating that Germany presents itself as a peace-loving power and leaves all the dirty work to the others. Mistrust of Berlin has been especially strong since the German government abstained in the United Nations vote over the Libya intervention two years ago -- the only Western country on the Security Council not to support the measure -- and refused to provide its NATO allies with military aid. "As is usually the case these days, Germany … is keeping its head down," wrote the British daily Guardian last week. Westerwelle's "mealy-mouthed statements leave a bad taste," commented the newspaper.

Even Westerwelle's own staff is growing increasingly concerned over the frustration voiced by Germany's allies. "People abroad don't understand why we always first have to draw a red line and claim exceptions for ourselves," complains a high-ranking German diplomat. "We never explain what we want to achieve," he argues. "We always talk about how we can stay out of things."

It is an attitude which has also met with criticism from coalition lawmakers. Andreas Schockenhoff, deputy parliamentary floor leader of Chancellor Angela Merkel's conservative Christian Democratic Union (CDU), says "Germany should not rule out any form of participation" in the military operation in Mali, adding that "it's wrong to commit to a position right from the outset." Likewise, Rainer Stinner, the foreign policy spokesman of Westerwelle's business-friendly Free Democratic Party (FDP), would like to see the message change. "I begin with a description of what we are doing, and not what we don't intend to do."

But to the annoyance of foreign policy experts, Westerwelle is persisting with his stance -- for domestic policy reasons. Indeed, on Monday, SPIEGEL ONLINE reported that, while Germany has made two Transall cargo planes available to assist France with the Mali mission, Berlin has ruled out transporting French troops or munitions.

Westerwelle is convinced that the credo of military restraint appeals to the German public. This, after all, was an approach that proved successful for his role model, Hans-Dietrich Genscher, an FDP politician who was Germany's longest-serving foreign minister and vice chancellor. That, though, was during the last century, when there was no expectation abroad that Germany would take part in military operations.

Now, such a message, as practiced by Westerwelle, calls forth a very different reaction among Germany's allies -- which explains why Defense Minister de Maizière is seeking to broadcast a different message. Back in June 2011, he said that Germany could not claim a special role for itself. Those who had more, he said, had to "also assume a greater responsibility, even militarily."

While the defense minister attempts to conduct an honest debate on Germany's role in the world, the foreign minister regularly gets in his way. "I am sick of hearing all this talk about the culture of military restraint," complains a high-ranking government official in Berlin. He has little hope, though, that anything will change. "Westerwelle has been singing this tune since the coalition negotiations," he says, "and he has learned nothing since then." 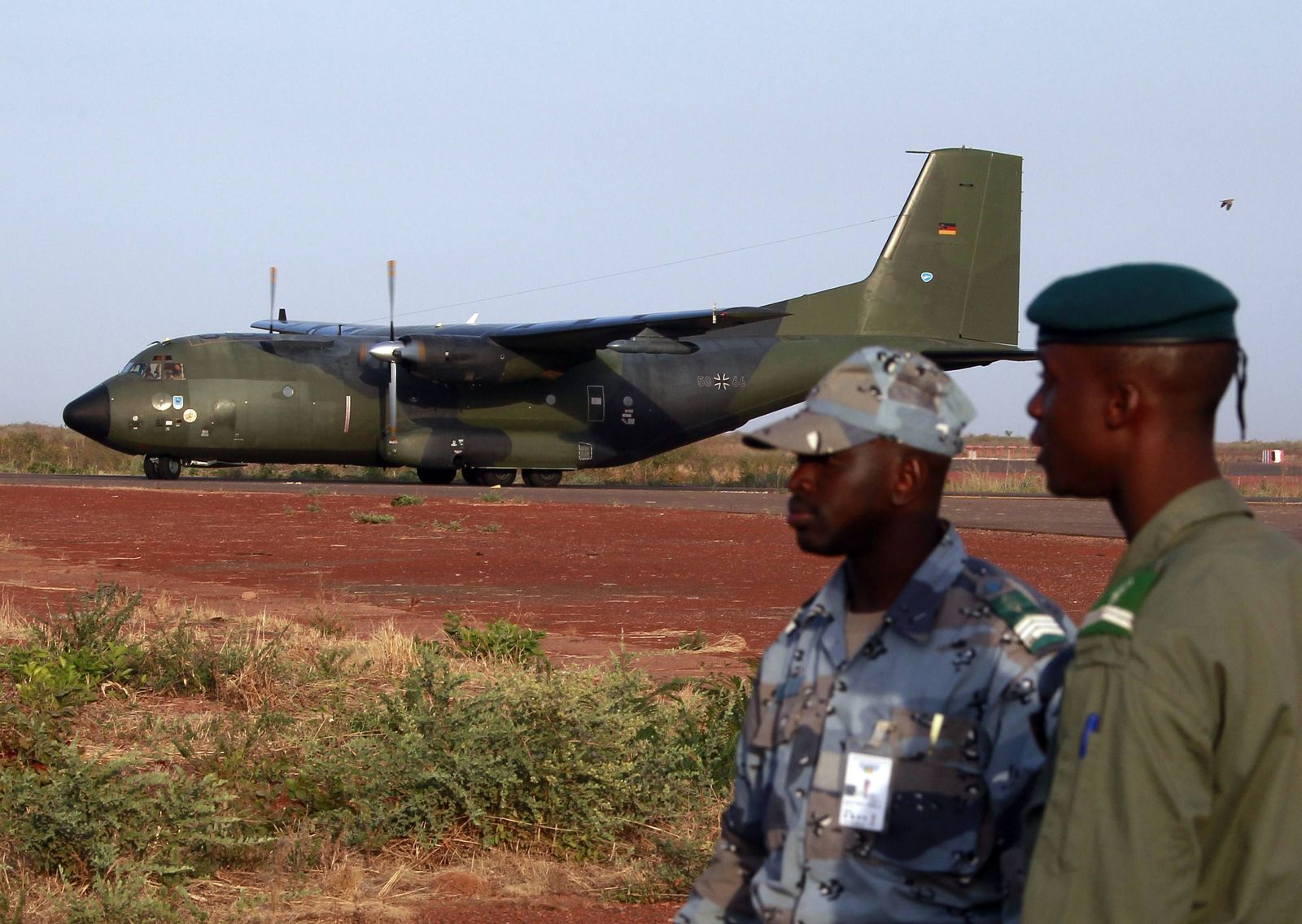 A German Transall C-160 cargo plane lands in the Malian capital of Bamako on Saturday, one of two such planes Berlin has made available to France to assist with its operations in Mali. But Germany has insisted that it will do no more. 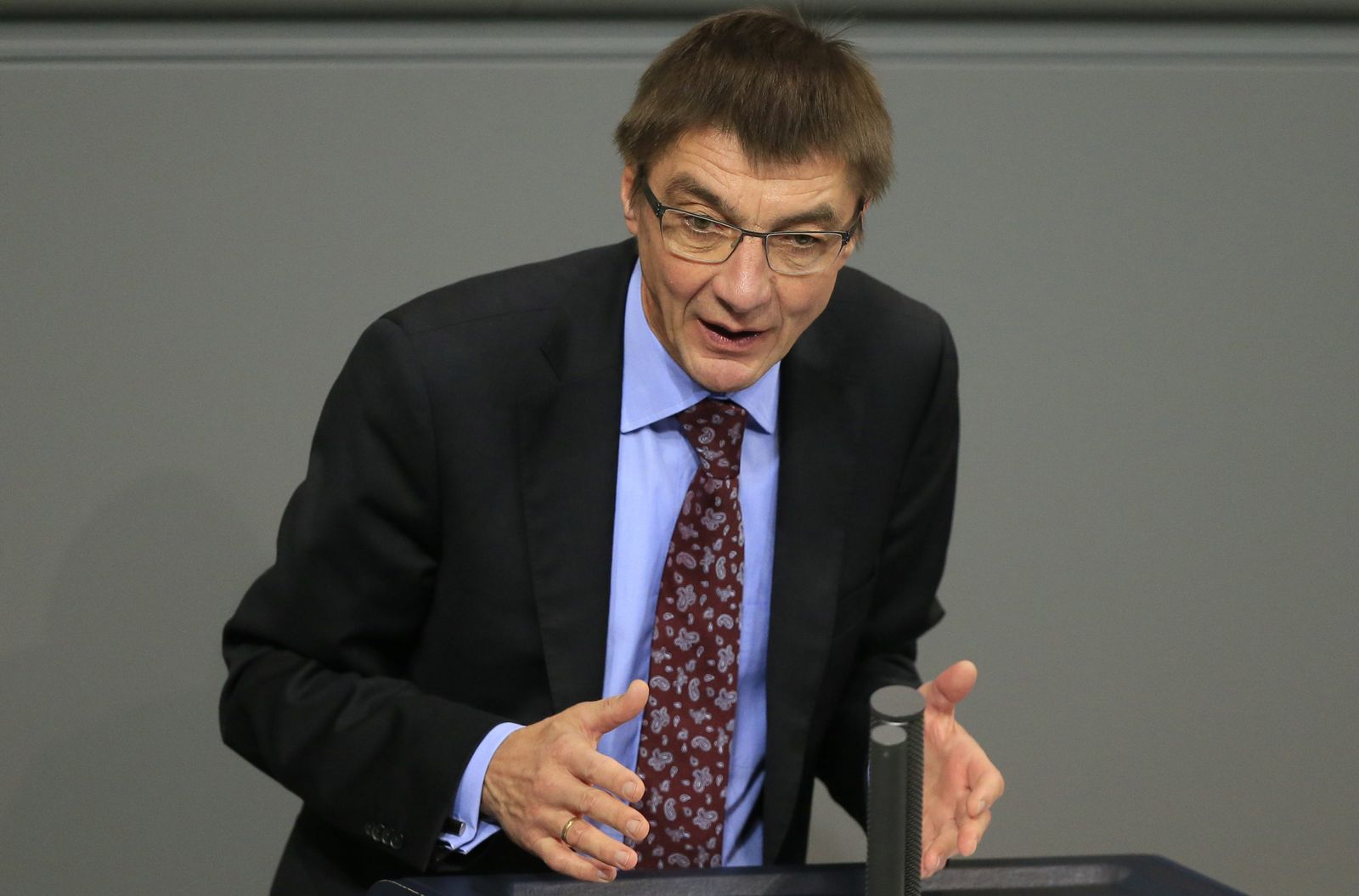 Andreas Schockenhoff, a CDU member of parliament, criticized Westerwelle. "Germany should not rule out any form of participation," he said. Others agree.