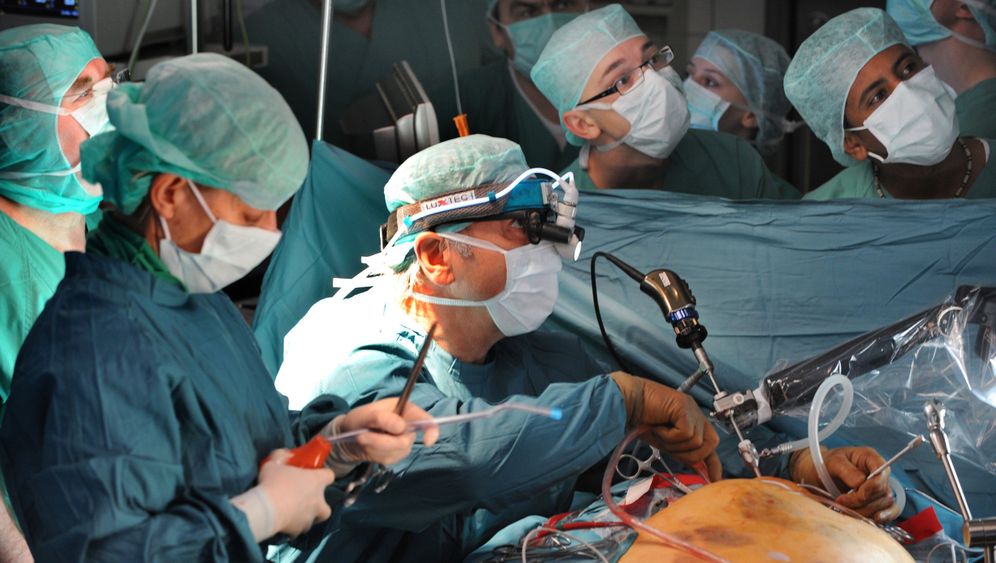 As the United States Supreme Court considers whether requiring people to have health insurance is unconstitutional, Germans are bewildered as to why so many Americans appear to be against universal coverage.

They also question the continued portrayal of US President Barack Obama and his health reform backers as socialists and communists, noting that healthcare was introduced in Germany in the 19th century by Otto von Bismarck, who was definitely not a leftist, and is supported by conservative and pro-business politicians today.

"It's a solidarity principle," says Ann Marini, a spokesperson for the National Health Insurers Association. "Not every 'S' automatically means socialism."

Marini and others say that mandated coverage is something that is simply not questioned in Germany. Furthermore, even the most pro-market politicians wouldn't dare to dismantle the country's health insurance system.

System Only Works if Everyone Takes Part

The requirement that everyone buy health insurance is based on a simple concept, healthcare experts agree. Allowing healthy people to opt out of having health insurance destroys the insurance community and leaves insurers covering only the sick.

American health insurance companies are well aware of that. America's Health Insurance Plans, a trade group, filed an amicus brief with the Supreme Court in January saying the required coverage mandate cannot be divorced from Obama's healthcare reforms. In a convoluted press release it wrote:

"A wide range of experts has consistently agreed that enacting guarantee issue and community rating has severe unintended consequences unless they are paired with a strong commitment to achieve universal coverage through an effective and enforced personal coverage requirement."

In plain English, this means that if only sick people sign up for insurance it is impossible to insure people regardless of pre-conditions, or to limit insurance companies' ability to set prices based on an individual's history and risk. Everyone has to take part -- sick and healthy people -- for the system to work.

This is understood in Germany, even by some American businesspeople who know their corporate health insurance costs could be much lower in the US, where no coverage is required.

"As an employer I would never question hiring somebody and not insuring them," says Seattle native-turned Berlin café owner Cynthia Barcomi. She opened Barcomi's, a café in the trendy Kreuzberg neighborhood, in 1994.

Three years later Barcomi's Deli opened in the central Mitte district. Between the two ventures she now has around 40 employees. Under German law, she pays roughly half her employees' healthcare premiums as part of their labor contracts. The actual sum is based on what a worker earns. Even though it costs her a lot, she's a staunch believer in the system.

"The national healthcare system is an incredibly important thing for everybody, for the entire society and for the health of the society," she says. "You just cannot have people falling through the grid because they don't have healthcare, because they are not healthy. The basis for everything is people's health, not just your own health but the health of your neighbor."

The American entrepreneur said she'd offer health insurance to her employees even if she weren't required to by law, as she is in Germany, because people are more productive if they think their employer cares about and believes in them.

"It's part of a working relationship; It's a tit for tat," she says during an interview at her Kreuzberg café. "If I want people to work well for me and if I want them to be satisfied with me as an employer, I have to offer them something that's more than just the minimum wage."

This attitude toward healthcare -- which seems so foreign in the US -- gives Germany a competitive advantage, Barcomi and other businesspeople say. A healthy workforce is a more productive workforce and recent German statistics would back that up. The country has relatively low unemployment and in many sectors the economy is booming.

But in the US, which spends more than any other developed nation on healthcare, an increasing number of businesses are "less competetive globally because of ballooning healthcare costs," according to an article published by the Council on Foreign Relations in March. Indeed, despite the ample spending on healthcare, the system remains inefficient, and the US ranks with Turkey and Mexico as the only members of the Organization for Economic Cooperation and Development (OECD) without universal heath coverage, it adds.

But there are other reasons why Germans are confused about the US healthcare debate. The US comes across to not only Germans, but to many Europeans, as a religious country. God seems to be part of many US debates, especially ones surrounding the presidential campaign. In secular European politics, the Almighty is rarely if ever invoked.

"For me the US is a very religious country. It doesn't matter which religion I look at -- love thy neighbor is a very, very important point in religion," health insurance spokesperson Marini says. For her, the apparent deep religiousness of many Americans doesn't jibe with their unwillingness to be part of a healthcare community.

He wonders how a working class man with a family who doesn't have insurance pays for an operation when he becomes sick.

"The question of health insurance is a humane question," he says. "I want every person -- independent of age, independent of income or pre-existing conditions -- to have the possibility to be helped when he is sick."

But that is not happening in the United States, according to numerous statistics.

The US ranks last out of 16 industrialized countries on a measure of deaths that might have been prevented with timely and effective care, according to a study released last year by the Commonwealth Fund, a private foundation that supports independent healthcare research. Germany was in ninth place, according to the "National Scorecard on US Health Performance."

Premature death rates are 68 percent higher in the US than in the best-performing countries. As many as 91,000 fewer people would die prematurely if the US could achieve the leading country rate, the report said. Instead, the study notes that "access to healthcare significantly eroded since 2006," with more than 81 million working-age adults -- some 44 percent of those aged 19 to 64 -- uninsured or underinsured in 2010. This was an increase of 35 percent from 2003 levels.

Other advanced countries are managing to outpace the US in providing "timely access to primary care, reducing premature mortality, and extending healthy life expectancy, all while spending considerably less on healthcare and administration," the study goes on.

And that's exactly what Zöller says he's talking about. When people become sick they should be helped regardless of their financial or social situation, he says.

"Otherwise you're left with the famous saying, 'the poor die young.' And I don't want that."