The idea was to go after wealthy Germans who had stashed money in Switzerland to avoid paying taxes back home. But now German tax authorities' hunt for tax evaders could turn into a headache for Swiss banking giant UBS.

German investigators who recently purchased data on UBS bank clients have come into possession of documents that show how Swiss banks allegedly help clients transfer their assets to Southeast Asia to evade taxes, according to the Friday edition of the Financial Times Deutschland. "For the first time, we have a paper trail to Singapore," a source close to the North Rhine-Westphalian state Finance Ministry told the newspaper. North Rhine-Westphalia, Germany's most populous state, has led the way in buying Swiss bank customer data in a bid to catch German tax cheats.

The UBS material is apparently so revealing that the investigation into the bank has now become the priority, a source told the FTD, which said that German tax evaders, the original target, were now being regarded merely as "bycatch." The investigators are said to have obtained video material which show "senior (UBS) employees" giving instructions on how German clients can invest their money with the bank in a "tax-optimized" manner -- in other words, keeping it concealed from the tax office.

UBS swiftly denied the allegations. The bank said in a statement on Thursday that it does not offer its customers any support "for actions that help circumvent their tax obligations." The bank also said that there had been "no increase in requests for capital transfers to other regions" since the announcement of the tax agreement between Germany and Switzerland.

The new tax agreement between Switzerland and Germany is scheduled to come into effect on Jan. 1, 2013. It foresees existing German assets in Switzerland being taxed at a rate of between 21 and 41 percent, depending on the size of the deposit and how long it has been held.

Opponents of the agreement argue that wealthy Germans will transfer their assets from Switzerland to tax havens in Southeast Asia before the treaty comes into effect.

One banker who wished to remain anonymous recently told SPIEGEL that he has worked for many German clients whose preferred destination for their assets is now Singapore.

Until 2009, Singapore was on the Organization for Economic Co-operation and Development's (OECD) "gray list" of countries that had not implemented international tax standards. In recent years, however, Singapore has signed taxation treaties with many countries. But in 2011, the OECD criticized Singapore for having implemented fewer than half of the double taxation treaties it had signed. Germany and Singapore are still discussing the implementation of their bilateral agreement, which came into effect in 2006.

But even though the data CDs have provided valuable information for tax authorities, their purchase has led to conflict between the German government and some federal states governed by the center-left Social Democratic Party, which is in opposition on the national level. Some states feel that the new tax agreement with Switzerland will let German tax evaders off too lightly, and fear that wealthy clients will shift their assets out of Switzerland before the agreement comes into effect. If the allegations about the so-called "Singapore Connection" are confirmed, it would provide further ammunition for critics of the planned tax agreement. The national government, especially Finance Minister Wolfgang Schäuble, wants the states to put their hunt for tax evaders on ice pending the implementation of the bilateral treaty.

The Swiss parliament already approved the tax agreement in May. But in Germany, the opposition is blocking the agreement in the Bundesrat, the legislative body that represents Germany's federal states, which needs to approve the treaty and will vote on the agreement in November. Chancellor Angela Merkel's center-right Christian Democratic Union (CDU) and their coalition partners on the national level, the conservative Bavarian Christian Social Union and the business-friendly Free Democrats, do not have a majority in the Bundesrat and are dependent on opposition support. Schäuble needs to win over opposition state governors before the vote if he is to avoid an embarrassment. He sees the purchase of bank data by North Rhine-Westphalia as a deliberate attempt to torpedo the tax agreement with Switzerland.

On Thursday, CDU politicians attacked the purchase of new data CDs by tax authorities in SPD-governed North Rhine-Westphalia, which was first reported earlier this week by the Süddeutsche Zeitung and Financial Times Deutschland newspapers.

Hartmut Möllring, the CDU finance minister in the state of Lower Saxony, accused the SPD of political maneuvering. "It wants to present itself as the advocate of honest taxpayers," Möllring told SPIEGEL ONLINE. "But that is precisely what it is not: The SPD is hindering us from putting a permanent stop to tax evasion." Instead of buying new data, North Rhine-Westphalia should back the tax agreement with Switzerland, the minister said. "Then we would finally be able to reach all assets, not just those of a few people."

"We do not believe in implementing the principle of tax equity on a random basis," said Steffen Kampeter, the deputy German finance minister and a member of the CDU. "Those who rely on stolen data are operating in a political and legal gray area."

'Throw the Treaty in the Trash'

Poss also criticized Schäuble's recent announcement that he would no longer help cover the cost of buying tax data. (Previously, North Rhine-Westphalia split the cost of the CDs with the federal Finance Ministry and other states which stood to gain from cracking down on tax evaders.) "Wolfgang Schäuble cannot reject the purchase of tax CDs like a petulant child, just because it makes the major defects in his tax agreement clear," Poss said.

Since the purchase of a CD with stolen data on Swiss bank clients by tax authorities in North Rhine-Westphalia made headlines in 2010, buying such data has become almost routine. According to the Süddeutsche Zeitung, tax investigators in the state have bought four CDs in recent weeks for a total price of €9 million ($11 million).

With reporting by Philipp Wittrock 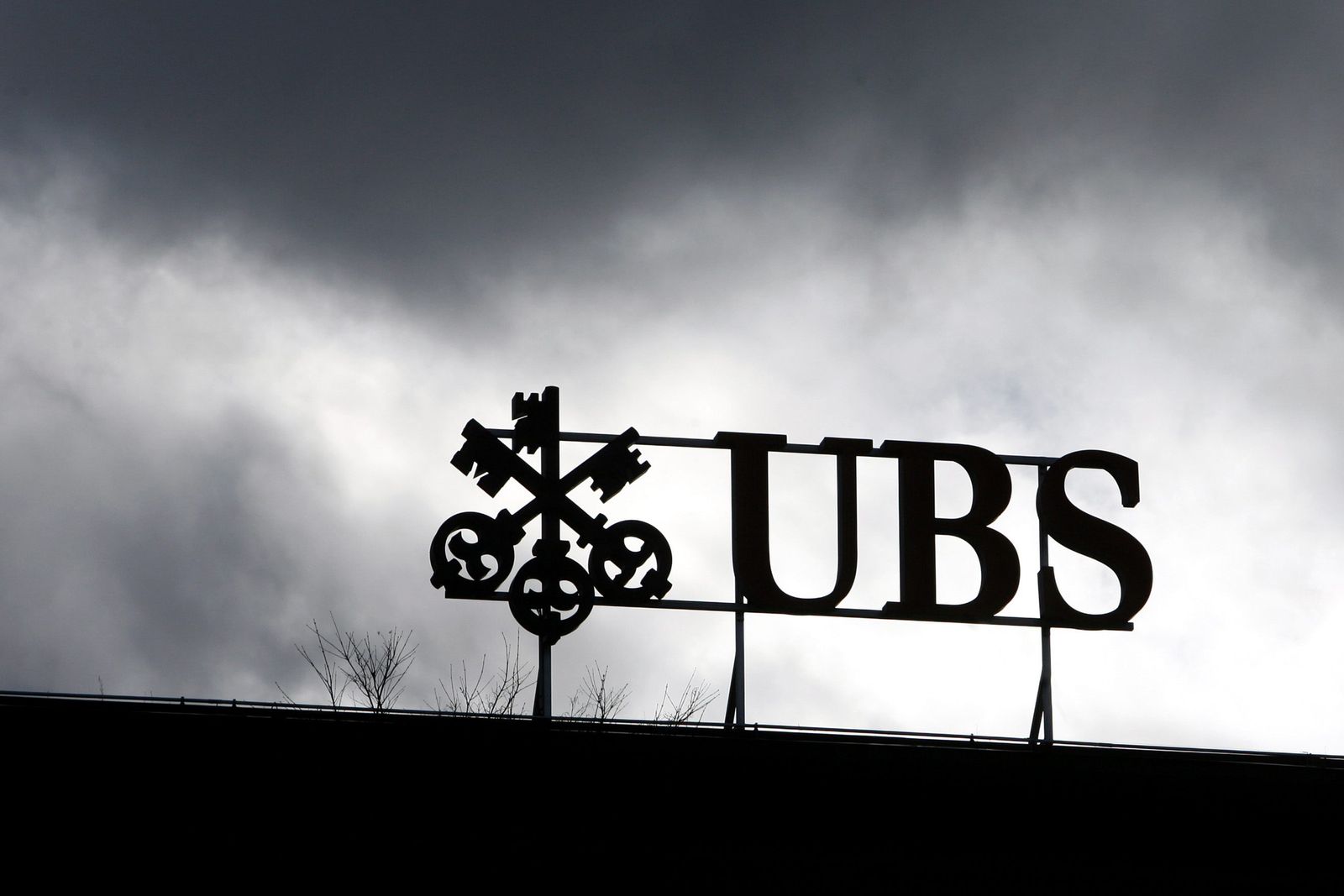 Investigators are looking into allegations that UBS abetted tax evasion by German clients.